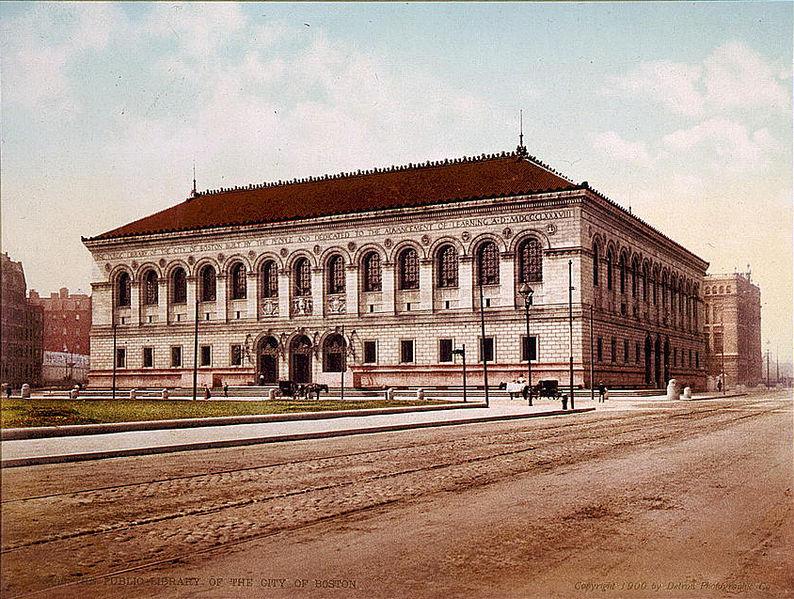 “These weren’t superheroes, these were people who wrote letters to each other and changed the course of history."
By Abigail L. Simon

On February 1st, 2018, the Boston Public Library sent out a fairly typical newsletter with a not-so-typical request.

The blurb read: “Help Us Transcribe Our Anti-Slavery Manuscripts! We’ve recently completed digitizing our collection of historic Anti-Slavery manuscripts, and now we need your help in transcribing them.”

What makes this project truly unique isn’t the BPL’s initiative to transcribe these documents. It’s that they’ve made the task available to the general public.

By now, over 2,000 volunteers have answered BPL’s call for transcribers, and 11 percent of the currently uploaded text has been transcribed. Looking at the comment section of the BPL website, it’s clear that all sorts of people are contributing to the cause—from Boston, the United Kingdom, Australia, and even the Himalayas. “It’s a pretty wide range—social activists, high school kids, school teachers, and genealogists,” Tom Blake, the manager of content discovery at the Boston Public Library, explains.

Why was the BPL soliciting transcriptions for these monumental abolitionist documents? FM hit the books to find out.

On the Digital Commonwealth website, where Massachusetts collections are available online, these antislavery manuscripts are already accessible—but only as images.

“Right now, only the metadata is searchable, but not the content,” Blake says. In other words, people can search for letters by the file name, the author, the size, or the date (metadata), but not by keyword. Since the documents are handwritten, Blake explains “the only way to get the text machine-readable and searchable is to get it transcribed.”

Why is that useful? Transcription will allow the text to be more precisely searchable by researchers or students. “If you want to find every letter that has the word ‘slavery’ in it, or has the word ‘God’ in it, you can’t do that now because it’s just pictures of the letters,” Blake says. “Once the text is uploaded onto the repository system along with the [already existing] images, you’ll be able to do that.”

The initiative forms part of a large effort libraries are undertaking to digitize their content. It’s helpful for scholars who are mining written content for certain words, themes, or topics. This fledgling field, known as “digital humanities,” involves generating machine-readable data sets from written content so that it can aid language processing algorithms and computer learning. As an example, Blake cites the effort to train computers to start understanding handwriting.

“It gives people ownership. In general, this is part of the transformation of libraries. There isn’t a segregation between the people who have the stuff and the people who consume the stuff—this is a community. This isn’t an ivory-tower locked-up collection anymore, this is now out amongst the people.”

For this undertaking, the BPL partnered with Zooniverse, a grant-funded research platform with developers in Oxford, England, and Chicago. Since it was founded in 2007, Zooniverse has launched over 100 projects and has over 1.6 million registered users, according to Samantha Blickhan, a fellow for the company.

“We are the world’s largest crowdsourcing or citizen-science platform,” Blickhan says. “We just provide a space for volunteers to aid professional researchers. Humans can still outperform computers at many analytical tasks—that can include pattern recognition, or identification of unexpected findings—and for this type of task, volunteers are able to analyze data more quickly and more accurately than would otherwise be possible.”

In 2016, Zooniverse received a grant aimed at working with archival documents through crowdsourcing efforts from the Institute of Museum and Library Services, a federal agency that distributes funds to libraries. Zooniverse is using the money to identify crowdsourcing best practices in text and archive transcription for archival library files that can’t be machine-read. They solicited proposals from libraries and chose to work with BPL’s anti-slavery manuscripts as one of their projects.

So far, the BPL has uploaded slightly more than 12,000 individual manuscripts onto Zooniverse’s transcription software. Much of the correspondence is from William Lloyd Garrison, who edited the famous abolitionist newspaper called “The Liberator.” “It’s what we refer to as one of our ‘collections of distinction’ because of the figures involved, the research value, and the historical importance—it’s traditionally one of the most popular collections that researchers have used here,” Blake says. Also featured are well-known abolitionists like the Weston sisters, Lydia Maria Child, Amos Augustus Phelps, and Samuel May Jr.

The software is easily accessible online, and anyone can type out a letter. Zooniverse has provided tutorials to walk people through the process of transcription. The software ensures accuracy through a triple-check system; any given line is only accepted as correct if it is transcribed the exact same way three separate times. “If people transcribe it incorrectly three times, it’ll get accepted into the system, but I really don’t think there’s any nefarious users out there,” Blake noted.

He says the true value of this project does not lie in this transformation from metadata to text. “More important than the product of this, the transcription itself, is the level of historical engagement that we’re really excited about,” Blake says. For a library, there’s no greater goal.

Just by transcribing these texts, people gain a glimpse into a critical moment in American history, according to Blake. As Blake says, “these weren’t superheroes, these were people who wrote letters to each other and changed the course of history… I think that’s a very powerful lesson for kids, and not just kids, but anyone, to learn these days.”

This article has been updated to reflect the following correction: