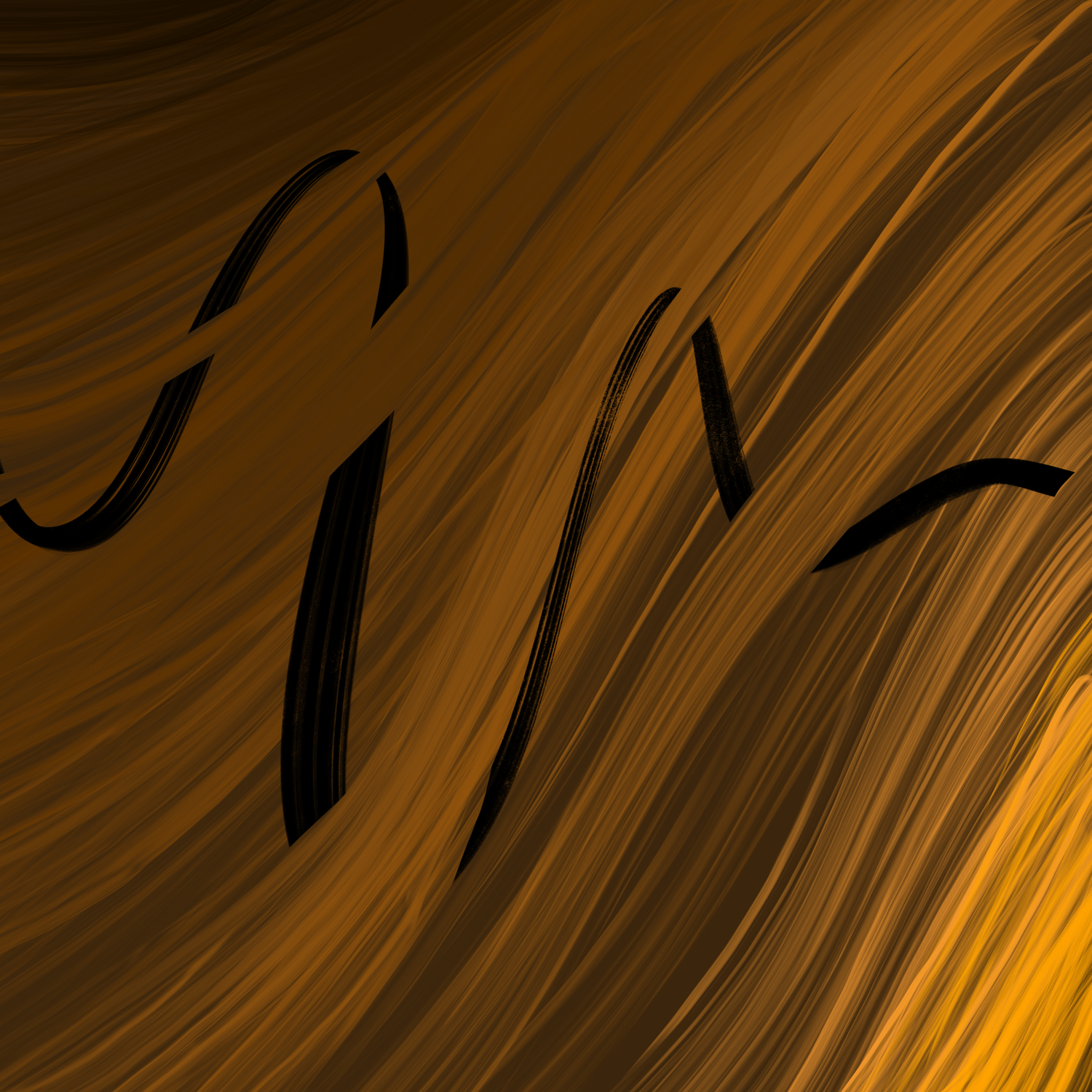 Bleaching my hair brought me closer than I’d ever been to feeling beautiful — and when you get so close, it’s impossible not to want more. By Sophia Salamanca
Advertisement
Advertisement

Do Blondes Have More Fun?

Bleaching my hair brought me closer than I’d ever been to feeling beautiful — and when you get so close, it’s impossible not to want more.
By Tamar Sarig

When I was 10 years old, I cornered my mother in the hallway and asked her if I was beautiful. My sister and I kept a stack of American Girl books in our room, meant to teach American girls how to love themselves, and it had recently dawned on me that I didn’t look like the preteen models in their pages.

Knowing I would learn this lesson one way or another, my mom pulled no punches. I was pretty enough, she said kindly, but not beautiful. and that was enough. In the long term, it didn’t matter.

Looking back, I think she was trying to save me, to break something important to me gently before the rest of the world got to me first. Growing up, she slowly and almost imperceptibly fed me stories about beauty failing to bring happiness. There was her aunt Ruti, gorgeous but unstable, who had ruined her marriage and chased her husband around the kitchen with a carving knife. There were models who ate cotton balls to feel full without gaining weight. There was my grandmother, a ’70s beauty queen who permanently shortened her Achilles tendons by dancing in high heels.

I listened to these stories for years without really believing in their message. In middle school, I started wearing lipstick, then concealer, then mascara — a new step in the routine for every additional flaw I picked out.

And 10 years later, reeling from my first big breakup and desperate to see somebody new in the mirror, I sat down in a wobbling salon chair and asked the hairdresser to make me platinum blond.

When I told my colorist I was bleaching my entire head for the first time because of a boy, she made me promise I wouldn’t hate her if I immediately regretted my decision.

Going from dark brown to platinum is no joke. Dark, “virgin” hair usually takes multiple sessions to safely turn blond, a process as uncomfortable and damaging as it is expensive. I didn’t even know if I would look halfway decent with my new color; I just wanted the old one gone.

Eight hours, several hundred dollars, and one bleach-burned scalp later, I walked out of the salon with a head of platinum-blond hair. Stepping into the late-spring wind, I felt iridescent, modelesque, reborn. I posted about it on Instagram, jubilantly inaugurating the new me. And I was new, in ways I hadn’t anticipated.

As a brunette, I’d felt anonymous, forgettable, ordinary. I never expected new acquaintances to remember me on a second meeting; I went to parties and felt immune to male attention, wanted and unwanted alike; I flew under the radar. With my newly glowing head, I could suddenly take up space. I felt men watching me at bars and clubs — not many, not always, but enough to feel triumphant and desired. At a Phoebe Bridgers concert, a tipsy girl walked by me, grabbed a fistful of my hair, and yanked, delighting in my blondness. When old friends told me they hadn’t recognized me at first, I grinned; that was exactly what I wanted.

Strangely (or maybe not so strangely), blondness seems to correlate with female power; almost half of female CEOs and over a third of female senators have bleached hair. When I went blond, though, I wasn’t aiming for power; I was aiming for hotness. I was putting on a performance, sending out a signal. It didn’t matter if my almost-silver hair looked natural (it doesn’t). Nobody had to believe it was real. All that mattered was that I had deliberately donned the costume, and all the associations that came with it: friendly, fun, vain, carefree, frivolous, stupid, pretty. I needed to demonstrate availability, attractiveness, complete concession to beauty standards. Going blond sent the message loud and clear.

Any woman who’s spent five minutes on the internet has probably heard (or even said herself) that all these little signals, all these beauty rituals and body modifications and attempts to achieve visual perfection, are just for us. In the 21st century, any choices we make about our own bodies and appearances must at least be morally neutral, if not uplifting.

“Feminism is about being in control of your life — which includes your body, your decisions and your face,” announces the author of a pro-makeup Glamour article aptly filed under “Empowerment.” Twenty-step skincare routines to achieve the “clean girl” look are the norm. In an interview with Healthline, one plastic surgeon benevolently explains that patients today are “much more comfortable owning their self-care rituals” — invasive, body-altering surgery, of course, being the ritual in question. In fact, you could be forgiven for assuming that “self-care” just means changing your body into something worth caring for. Plastic surgery has always been a women’s game, but it’s becoming more popular than ever among girls too young to even know what their faces will look like when they’re done developing.

I could have been one of them. Two of my cousins got nose jobs before they turned 18, primed by a lifetime of cutting comments from my grandmother. When I zip myself into a suffocating party dress, I understand the allure of acting like I do it for fun. Suffering for beauty is a universal truth of female existence — an adage passed down to me by my mother when she taught me to tweeze my own eyebrows — but it’s also deeply embarrassing, this feeling of tormenting ourselves for an apathetic audience.

Going back to the salon every six weeks to cover up my roots did carry the veneer of self-care at first. I told my mom I loved the enforced downtime, the three-hour block in which I could accomplish absolutely nothing but stare at my reflection and wait for the stinging bleach paste to lift out my pigment. But more than a year later, those appointments feel more like an obligation than a carefree break from reality. Like a pack-a-day smoker, I’ve gradually realized I might not be able to quit whenever I want.

As Instagram and TikTok have taught me, there are infinitely many surgeries and injections I could undergo to “fix” my face. Instead, I’ve given my yearning 10-year-old self the next best thing: the blond version of me, calculated to be maximally attractive, something people want and then miss. In some sense, it worked. A quick glance at the hellscape of my Hinge messages confirms the common wisdom that many guys definitely have a thing for blondes. It’s not all good, of course. I’ve gotten accustomed to catcalls and uncomfortable come-ons, and worse — the sinking, humiliating sense that I’ve asked for it somehow, that I sent the right signal to the wrong person.

When my friends ask how long I’ll stay blond, I like to say I’m keeping it forever, or at least until I find a husband. It’s the same twinge I get when I see TikTok comment sections full of girls who can’t wait to feel comfortable in their own skin after a round of lip injections or rhinoplasty or a boob job. What we want more than anything is self-love; what we do is self-effacement. Bleaching my hair brought me closer than I’d ever been to feeling beautiful — and when you get so close, it’s impossible not to want more. The summer after I went blond, I attacked the project of self-improvement with newfound zeal: straightening my hair, fixing my skincare routine, finally learning how to use eyeliner. I got closer to perfect; I was always just one step away.

At 10 years old, I knew my mother’s answer to my searching question — pretty enough, not beautiful — wasn’t supposed to matter. But that night, in the room I shared with my sister, I cried. That girl anxiously redoing her hair before the sixth-grade dance — would she recognize me now?