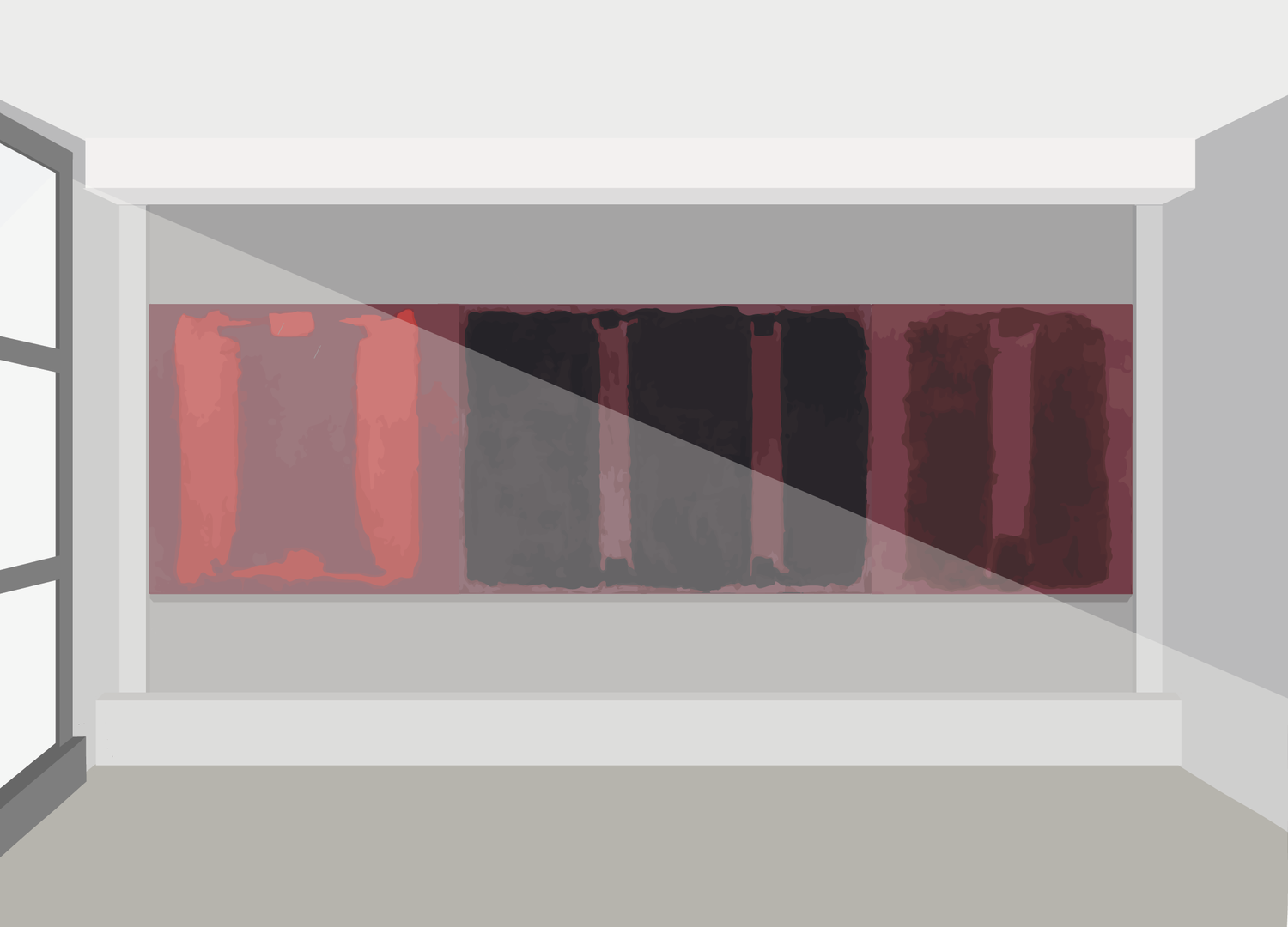 Abstract artist Mark Rothko painted a series of murals for Harvard's Holyoke Center, the precursor to today's Smith Campus Center, in the 1960s. But by 1980, they fell into disarray due to sunlight damage. By Keren Tran
Advertisement
Advertisement

When construction wrapped on the Holyoke Center, the precursor to today's Smith Campus Center, in 1966, the hulking concrete mass was unlike anything the area had seen before.
By Benjy B. Wall-Feng

“Front of Holyoke Center Becomes a Hippie-drome,” blared a 1967 Crimson headline. Even in Cambridge, some 3,000 miles removed from the Summer of Love, the reporter’s point was clear: The rich kids in “Truc-loads of mod clothes and jewelry” and poor kids flaunting their “general dishevellment [sic]” were not fit for this part of Harvard. A HUPD officer expressed a desire to “eliminate” the loiterers.

The Crimson writer envisioned an area filled with “clean-cut collegiates,” but the project's architect had explicitly designed the Holyoke Center as a community space. The tension between this goal and its execution has followed the building to this day, even though the Holyoke Center is now the Smith Campus Center and the “hippies” are long gone.

Holyoke’s architect was Josep Lluís Sert, then the dean of the Harvard Graduate School of Design. He anticipated a hub that would connect Harvard Yard to the buildings near the Charles River by way of a ground-level arcade lined with community shops. When construction wrapped in 1966, the hulking concrete mass was unlike anything the area had seen before. The abstract artist Mark Rothko painted a series of murals for the penthouse dining room. Sert called the building a “bridge”; future administrators would deem it “Harvard’s front door.”

But the initial reception was divided. While architects and architecture students appreciated Sert’s innovative Brutalist design, some Cambridge residents were taken aback by a structure that dwarfed its neighbors and took up an entire city block. One critic noted that the end of construction might comfort locals who had seen the eight-year project and “perhaps feared that it would simply continue to grow, like some robust and appetitive organism.” For The Crimson in 1963, “Amdriw T. Wxsl” (likely a digitization error) poured scorn on its size and constitution. “Holyoke Center’s massive concrete face is in jarring contrast with all of the structures around it,” Wxsl wrote, adding that while Harvard had previously built eyesores, “none before were visible from all over Cambridge.” 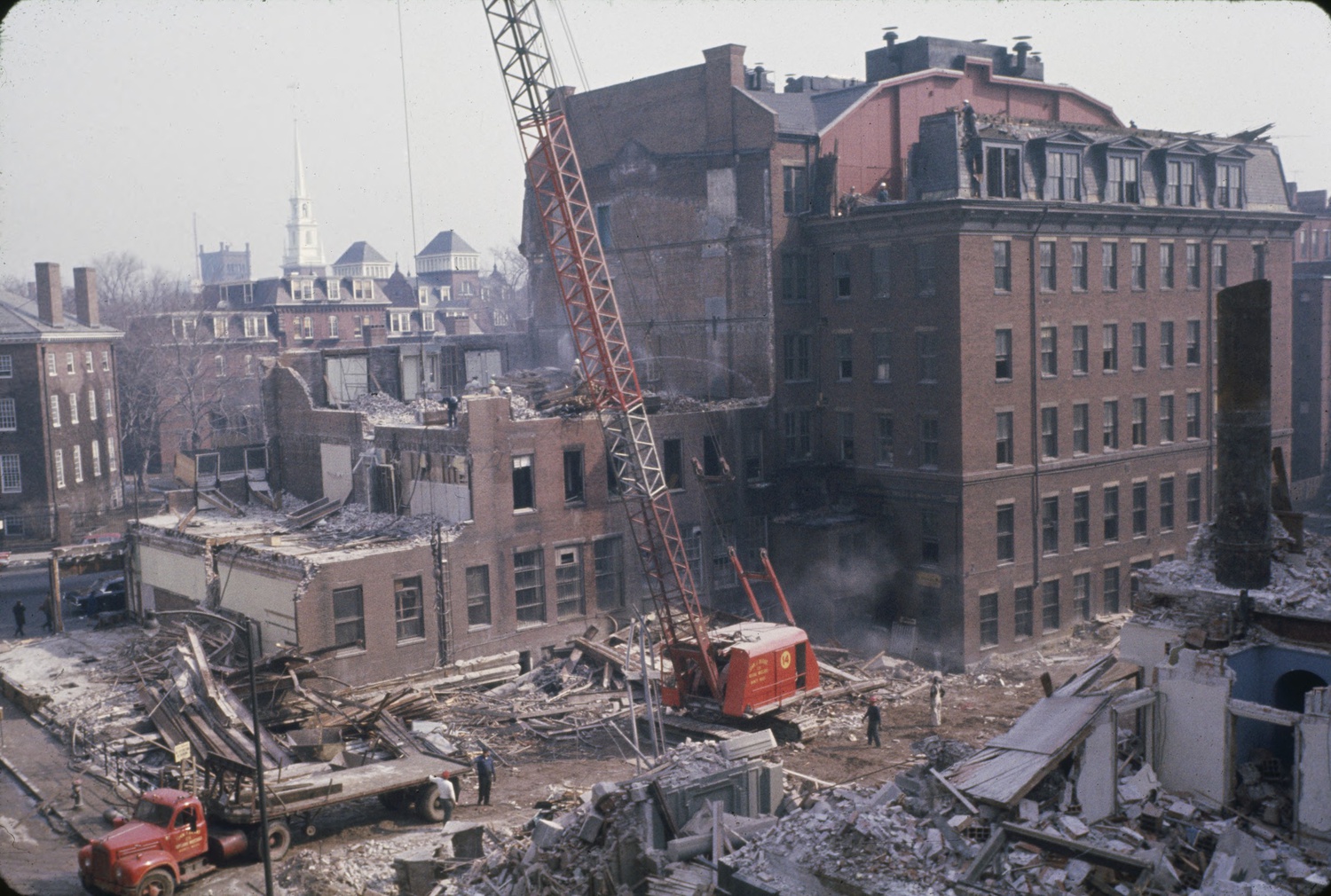 The ends of the arcade originally opened onto the street but were permanently closed soon after, to mitigate what one writer calls Sert’s “apparent disregard for the severity of New England winters.” This was the first blow to Sert’s dream. As more and more university services took up quarters in the complex, its connection to the city faded. A 1979 article published by the American Institute of Architects recalls that Holyoke transformed Cambridge from a “college town of mostly inexpensive shops and eateries into a high-priced, fashionable shopping magnet.” The Rothko murals became a source of embarrassment, having faded unexpectedly after less than two decades’ exposure to sunlight in the penthouse, and by April 1979 they were placed in storage. A 1988 New York Times article describes the installations as having been “ripped, spattered with food and marred by graffiti.”

Time would further clarify what was meant by “community.” In her memoir, Lauralee Summers ’98 recalls arriving at Harvard and meeting a Korean man named Sam, who sometimes “slept standing up inside Holyoke Center, across from his usual bench. He couldn’t sit because a Harvard policeman would tell him to move on.” In 1993, a Harvard police lieutenant said of Holyoke: “The University is not in the business of supporting the community through homeless shelters.”

Holyoke stood like this for decades, weathering the usual degree of structural decay. In 2013, following a donation from Richard A. Smith and Susan F. Smith, Harvard renamed the building after its benefactors and began a five-year process of redesigning. This renovation replaced the bottom floors with a new, glass-lined, sun-filled space. Greenery now lines the walls. There are courtyards behind glass panels that hold trees native to the area; the trees had to be lowered in. Project directors hoped that the rechristened Smith Campus Center would offer a “dynamic, vibrant, central gathering space for the Harvard community, Cambridge residents, and for the many visitors who visit our campus every day.”

Proportionally little of the remodeled area is accessible to the public. The lobby has a front desk, coffee stand, and a small working area upstairs. The vast, multi-floor commons area plays lo-fi beats and requires a Harvard ID to access. Campus police routinely awaken non-Harvard affiliates who try to sleep in the center in violation of its rules. Two years ago, HUPD officer Anthony T. Carvello received widespread criticism for apprehending a homeless Black man in Smith by shoving him to the ground and screaming at him; it later transpired that Carvello had acted similarly in two previous cases, allegedly using a racist slur in one.

Around the time that planning began on the redesign, the Harvard Art Museums employed a novel technique to redisplay the battered Rothko murals. Retouching the faded areas might cause irreparable damage. Instead they developed software to calculate, pixel by pixel, the color of paint that should have been in every part of the canvases, and used a low-wattage projector to cast those colors directly onto the murals. The exhibit ran for eight months.

Many surviving photographs of the interior as it was in the 1960s were taken for architectural studies and are necessarily devoid of people. The film’s hazy quality accentuates their eeriness. Holyoke feels alternately like it has just been abandoned or like it is waiting for people to arrive, and it’s hard not to see it like you might the paintings that once hung there: either the skeleton of a dream or the beginning of one, rendered in some imagined glory by a trick of the light.

A photo caption on a previous version of this article incorrectly stated paintings by artist Mark Rothko were removed after a couple of decades in Harvard's Holyoke Center. In fact, they were all removed after 15 years.