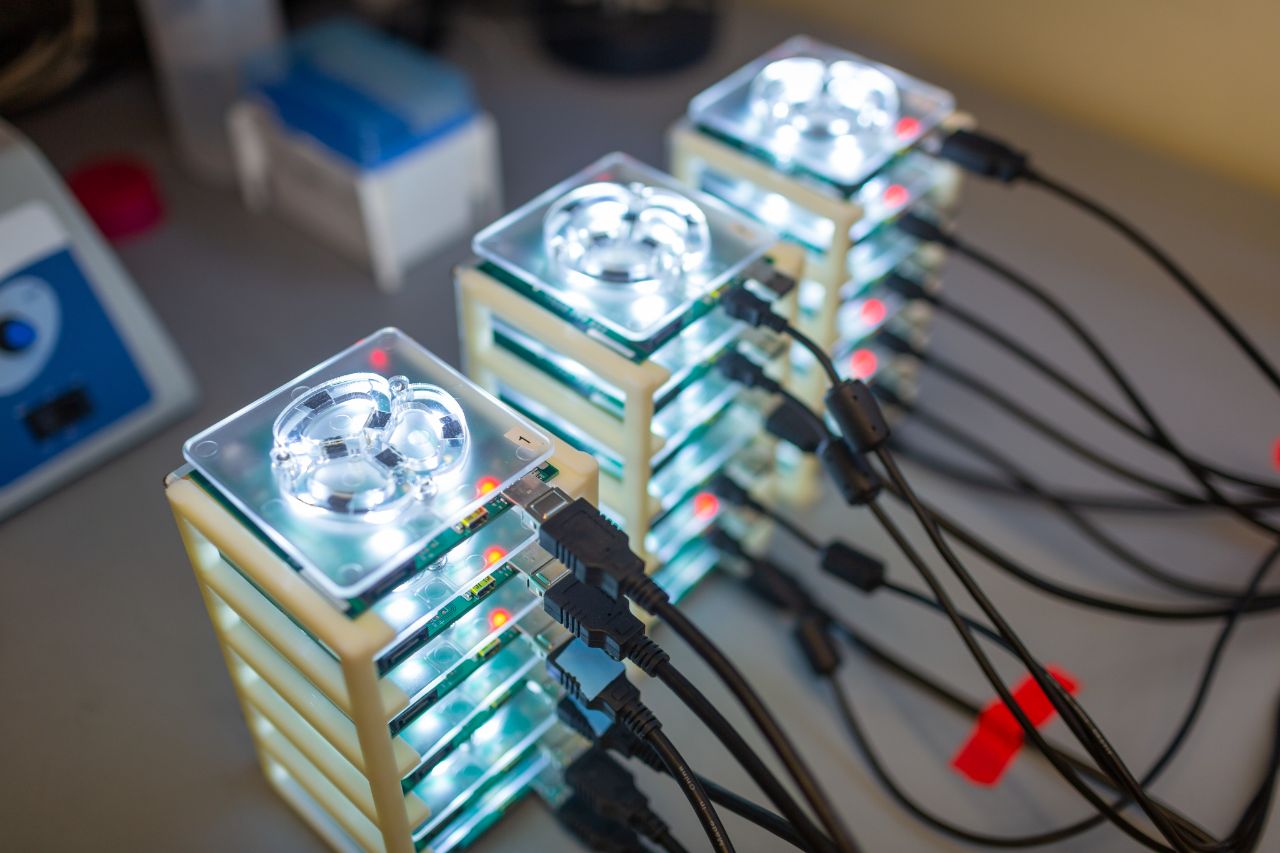 Taking Vaccination from Needle to Chip

With a one-year grant from the federal government’s Biomedical Advanced Research and Development Authority, the Wyss Institute has become one of three participants in the ImmuneChip+ Program.
By Tess C. Kelley and Claire Yuan

Saying “vaccine” and “chip” in the same sentence might elicit skepticism from a portion of the American population, but combining those two technologies is exactly what Wyss Institute senior research scientist Girija Goyal aims to accomplish.

Goyal co-leads a new research team at Harvard’s Wyss Institute, which works on bioengineering projects. With a one-year grant from the federal government’s Biomedical Advanced Research and Development Authority, the Institute has become one of three participants in the ImmuneChip+ Program. This federal program aims to build upon existing ImmuneChip technology, a chip that contains human cells and replicates the function of certain parts of the immune system. Goyal’s team hopes to automate how the chip functions, so monitoring its data output becomes more convenient.

Her interest in organ chip technology stems from ever-present weaknesses in the drug development process she observed while completing her Ph.D. in immunology. A plastic petri dish containing human cell cultures could only give so much information about the treatments she was studying. ​​

“The problem with in vitro research,” she says, “is that when you take cells out of the body they lose their functional context — they lose their neighbors.” Those struggles brought her to developing organ chip technology, which can replicate an entire organ’s pathways, including the biomarkers they produce in response to drugs and vaccines.

Adapting to the current pandemic times, the lab has also been brainstorming ways in which the chips can be used to monitor the body’s responses to new vaccines. Under the leadership of Wyss senior staff scientist Pawan Jolly, the Sensors and Diagnostics Team has expanded the functionalities of the organ chip to include increased levels of automation.

Researchers typically bring the data collected by the chip back into their labs and workspaces for analysis, but they are aiming for the chip to eventually monitor the biomarkers it makes itself. They hope this system will streamline an often time-consuming and cumbersome analytical process.

The project is distinctly interdisciplinary, bringing together a wide range of specialists, from biologists to clinicians to microfluidic engineers. “It’s a project that is uniquely one you would see done at the Wyss Institute,” says its founding director, Medical School professor Donald E. Ingber. “That’s what we’re proud of at the Institute, the transdisciplinary part of it.”

Perhaps the most widely anticipated result of this new chip is its ability to present a viable avenue towards reducing animal testing. Despite the long reliance upon mice and non-human primates for drug and vaccine testing, the transition from testing in animal models to human clinical trials still results in significant failure and complications, which the Wyss tissue chip might serve to alleviate.

“I’ve never had so much public support for anything I’ve ever done,” Ingber notes. “People love animals.”

The introduction of technology like this chip into vaccine testing could help as an added layer of safety against the hyperinflammatory responses that often appear in human trials despite previous success in animal models.

“If we could monitor that kind of abnormal response in these chips, that could be a real safety valve that would protect things from going to humans that, even though they worked in animals, could be dangerous,” Ingber explains.

Although drug trials can test for general efficacy, they cannot predict individual reactions to a specific treatment. Wyss senior staff engineer Adama M. Sesay, another leader of the program, speculates that organ chips can bring a more “personalized” approach to drug treatment. Organ chips, created with a specific person’s cells, can fill in this medical need and provide individualized information that allows patients to make informed choices for their treatment.

Sesay also predicts that researchers will eventually refine their ability to connect multiple chips together to mimic an entire organ system. While a version of these networks has already been created in the lab, she anticipates that improved automated analysis will expand the variety of tests researchers can run on these systems.

Even in the wake of the wave of distrust and misinformation that has swept the public alongside the introduction of the Covid-19 vaccine, the Wyss Institute is nonetheless hopeful that its research will be able to increase public confidence in vaccines by allowing researchers to collect more data about their efficacy.

“There’s always pushback, no matter which technology it is,” Jolly says with a laugh. “In the end it just has to be proven through data. It’s the same thing with the vaccine.”

Despite the initial skepticism, he adds that many people have begun to realize how important vaccinations are after personal encounters with Covid-19.

While organ chips’ departure from the traditional way of vaccine testing may build on the skepticism already surrounding vaccines, Sesay insists this technology is not as “sci-fi” as it seems. “I think the word [organ chips] is more complex than what it really is,” she says.

“We’ve been studying cells for a long time and using cells for drug discovery,” she explains. “It’s just one more step from where we have been before.”

— Magazine writer Tess C. Kelley can be reached at tess.kelley@thecrimson.com.