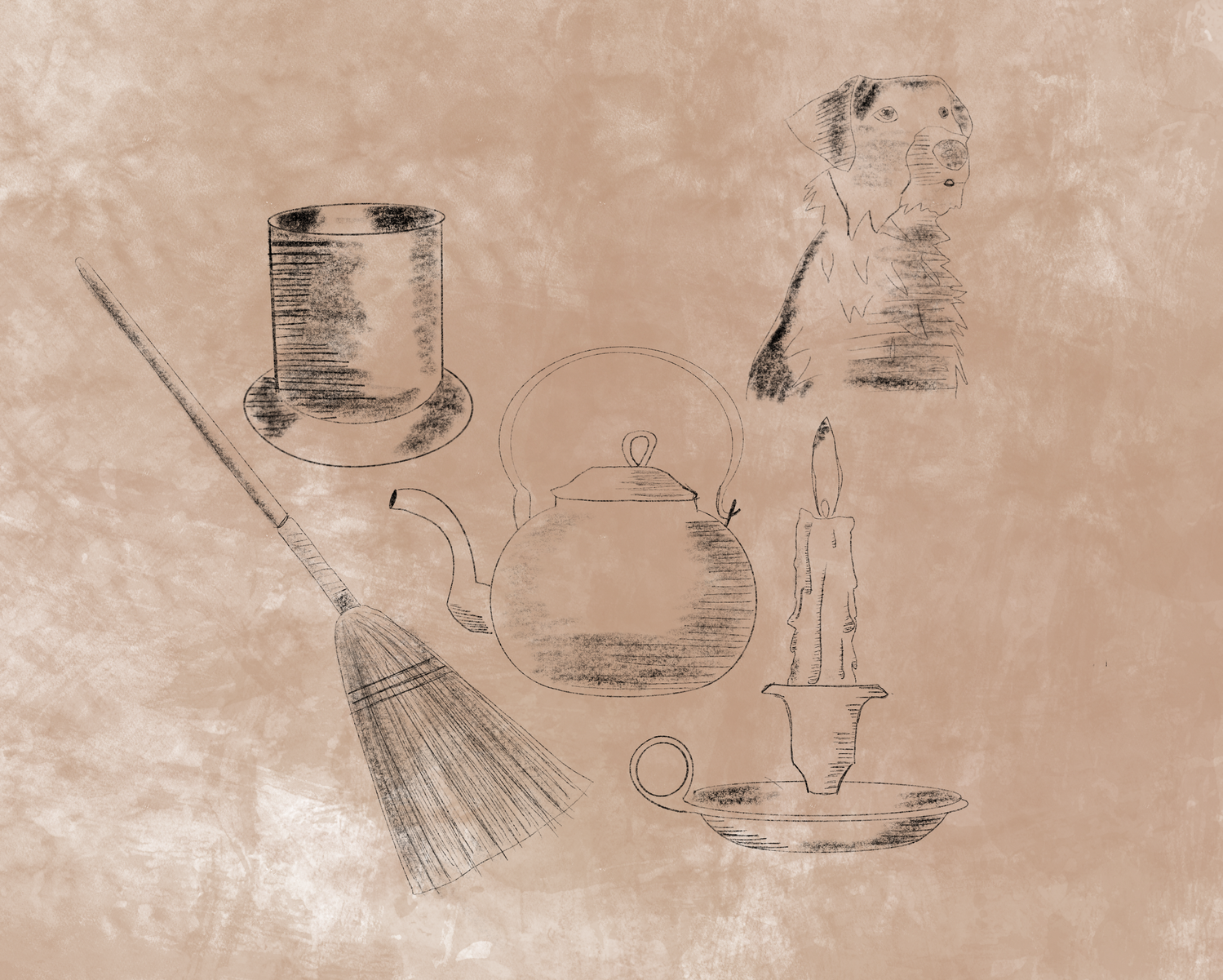 A Goose, a Janitor, and a Poem Walk into Harvard Yard

Abdy, born around 1650, served as a sweeper and bedmaker at Harvard from 1718 until his death in 1730 or 31, primarily in Stoughton Hall. It is not immediately clear why such a figure would be memorialized in this form, or by whom.
By Maya M. F. Wilson and Dina R. Zeldin

Mrs. Ruth Abdy inherited an eclectic collection of items from her late husband, including but not limited to “Two painted chairs, / Nine warden pears,” “An old sword blade / a garden spade,” and “A greasy hat, / and my old ram cat.”

At least, that’s what Matthew Abdy’s will was purported to contain according to a satirical poem published anonymously in the Boston newspaper the Weekly Rehearsal in 1732.

Abdy, born around 1650, served as a sweeper and bedmaker at Harvard from 1718 until his death in 1730 or 31, primarily in Stoughton Hall. It is not immediately clear why such a figure would be memorialized in this form, or by whom.

Five weeks after the will’s initial publication, another poem was printed, this time coming not from Cambridge but New Haven. Even 300 years ago, our friends at Yale couldn’t seem to pass on the opportunity for competition. The Yale Sweeper, himself an apparent widower, saw a critical point of entry. He opens his verse with an appeal to Mrs. Abdy: “To you I fly, / You only can relieve me, / To yon I turn, / For you I burn, / If you will but believe me.”

In theory, this poem could have sparked the Ivy League’s greatest romance, but that would’ve required the Yale Sweeper to be more than a literary device.

In reality, both poems were probably penned by Harvard student John Seccombe, who graduated from the College in 1728 and later became a Congregational minister. His only other surviving poetic work details the theft of several geese from the Cambridge Common.

Real or fictitious, why has the saga of the sweepers lodged itself so permanently into Harvard history? To put it in modern terms, these poems went viral.

These poems were reprinted in the states and abroad in Massachusetts Magazine, Gentleman’s Magazine, and the London Magazine, totaling at least 19 separate printings. Editors reprinting the text would often insert their own stanzas. An 1854 pamphlet dedicated to the preservation of Seccombe’s poems affirms this: “Til the present generation, portions of it have been familiar to nearly all the good housewives of New England, and we ‘old folks’ remember the interest with which we listened to our mothers’ recital of the witty rhymes.” The University Archives hold more than 16 variations of these texts, including magazine articles, a musical score, and handwritten stanzas in a diary.

Superficially these poems appear to be a light-hearted elegy of a beloved and essential community member. Upon closer inspection, the complicated dynamics of staff and students seem less wholesome. Undercurrents of judgement and ridicule in the poem reveal what Harvard students in the 17th and 18th centuries really thought of the many workers taking care of their campus.

“If the guy is sort of charismatic, maybe the students do love him to a certain extent. But they’re also a little bit looking down their noses at him,” Zachary B. Nowak says. Nowak, a lecturer at Harvard Extension School, taught “Intro to Harvard History: Beyond the Three Lies” at the College last spring.

Indeed, the poem fails to talk of Matthew Abdy’s character, instead focusing on all the objects — some soap, a pail, “A garden spade, / A hoe, a rake, a ladder” — that are key to his housekeeping duties. They poke fun at his living conditions, too, suggesting that he sleeps on a “bed of hay”.

Despite the tinge of ridicule, Matthew Abdy’s labor has been memorialized, which is more than can be said be for many of the University’s employees. Throughout Harvard’s history, the College has employed many kinds of people as cleaners, cooks, gardeners, proctors, landscapers, fire-tenders, snow-shovelers, security guards, sweepers, and bedmakers, but the space their stories occupy in the University’s archives is small relative to the impact of their labors.

Students working for Dorm Crew — a program not currently running due to Covid-19 restrictions — are one of the latest demographics working to maintain Harvard’s campus and dorms. Harvard transitioned to student-cleaners in the 1970s. Until then, the College employed a workforce of primarily Irish-Catholic immigrant women, pejoratively called ‘Goodies.’ (Poetry was consistently an easy form of satire. An 1881 rhyme in The Crimson describes the chaos that overtook the campus when goodies went on strike.) Before that, Nowak says, many Harvard students independently hired Black men referred to as “scouts” as personal servants.

These various groups of workers have maintained the campus for almost four centuries, but have infrequently taken a spotlight in Harvard’s history. When they have, it has often been in a satirical form which centers their labor over their personhood. “It’s one thing to sing a song about a guy,” Nowak said. “It’s another thing to pay him what you owe him for shining your shoes or cleaning your room.”

History, though often cruel, still maintains a sense of humor. In caricaturing Abdy, Seccombe was foreshadowing personal drama that would occur decades later: he left his parish in 1757 without warning or explanation. The 1854 pamphlet speculates that this sudden withdrawal was a “consequence of a malicious charge of his wife of improper familiarity with a domestic.” In essence, Seccombe gained lyrical clout for taunting a domestic worker. Then, his wife cheated on him with a domestic worker — how salacious!