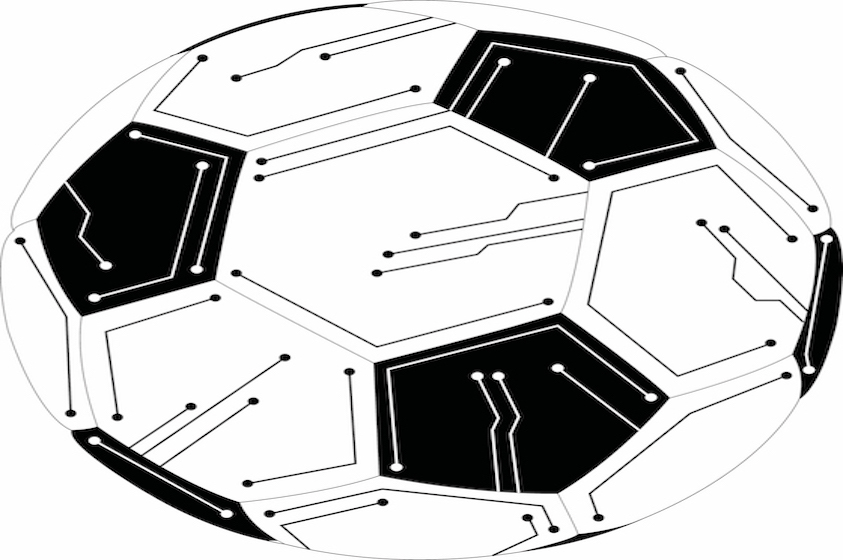 Four Harvard undergraduates created the SOCCKET, which endeavored to provide an alternative power source to impoverished communities by harnessing the kinetic energy generated from kicking a soccer ball.
Advertisement
Advertisement

“In summary, we totally f*#ked up this Kickstarter campaign,” admits Uncharted Play.
By Felicia Y. Ho and Garrett W. O’Brien

In 2010, four Harvard undergraduates endeavored to provide an alternative power source to impoverished communities by harnessing the kinetic energy generated from kicking a soccer ball. In 2013, their company, Uncharted Play, garnered $92,296 on Kickstarter alone, surpassing their $75,000 goal.

Prominent figures weighed in with support for the product, which was developed by Jessica O. Matthews ’10, Julia C. Silverman ’10, Jessica S. Lin ’09, and Hemali A. Thakkar ’11. In 2013, former President Barack Obama played with the ball in Tanzania alongside Matthews and said, “You can imagine this in villages all across the continent.” Famous soccer players like Barcelona Soccer star David Villa, Microsoft founder Bill Gates, and former President Bill Clinton all chimed in on the Soccket’s power.

But in 2014, freelance reporter Jennifer Collins traveled to Cuetzalan to follow up with 10 families who had received the soccer ball. Eight reported that the ball, designed to provide energy for three years, had broken within a few days to a few months. Headlines poured in about the faulty nature of the Soccket: “Ball Generates Electricity for Poor Kids… Until It Breaks” and “Sorry, Obama, Soccer Balls Won’t Bring Progress to Africa.”

“In summary, we totally f*#ked up this Kickstarter campaign,” admits Uncharted Play in a Kickstarter post from December 8, 2014. It had failed to produce a durable, energy-generating soccer ball, but promised to ship another, better model — the Soccket II — to its consumers. (According to comments by Kickstarter sponsors, it failed to do this as well.) 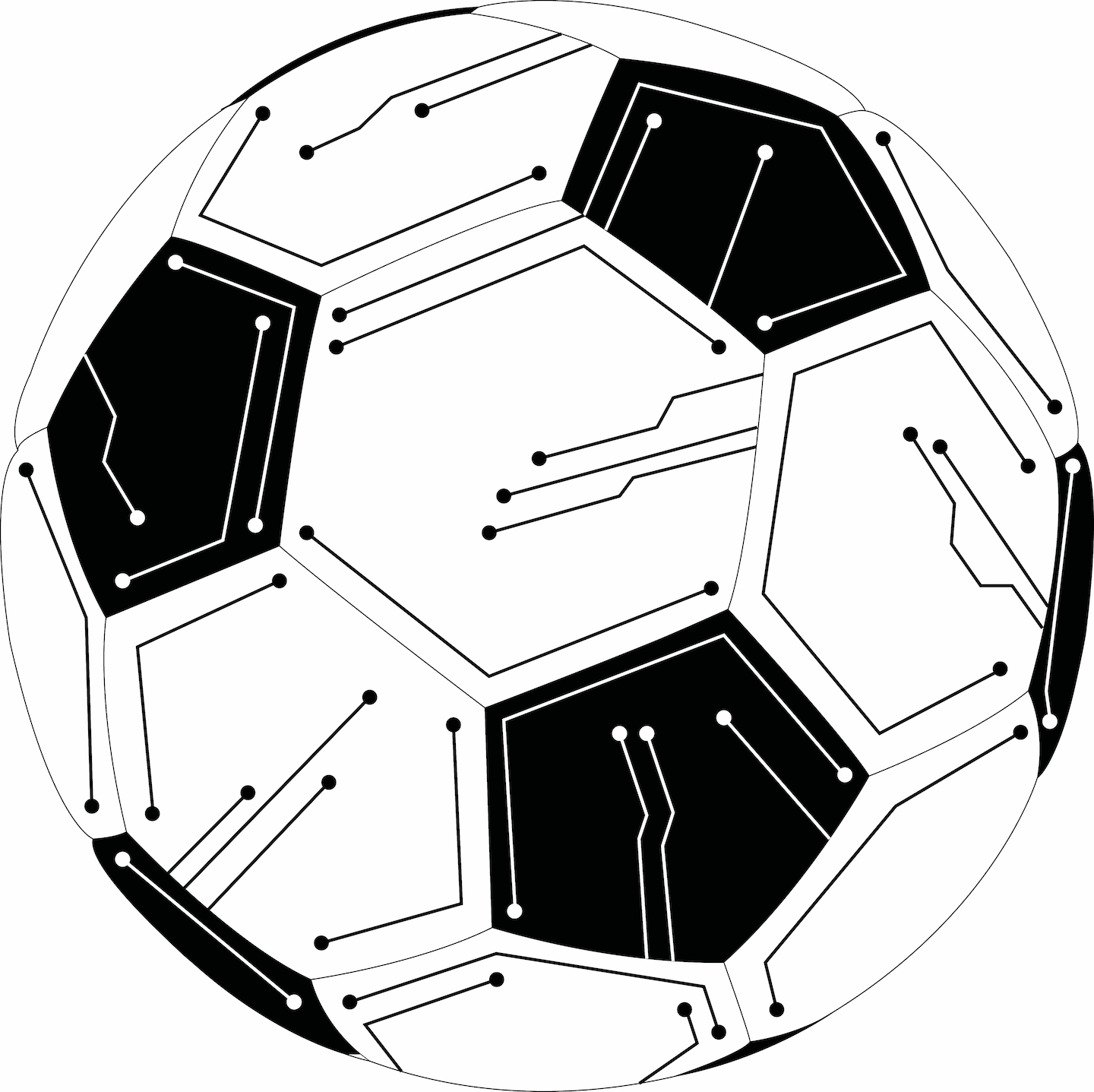 Four Harvard undergraduates created the SOCCKET, which endeavored to provide an alternative power source to impoverished communities by harnessing the kinetic energy generated from kicking a soccer ball. By Sanjana S. Ramrajvel

Despite early roadblocks, Silverman and Matthews succeeded in capturing the attention of Silicon Valley investors and were able to make their product into reality. According to Soccket’s statement on Kickstarter, just 30 minutes of play with the soccer ball would provide three hours of power for a small LED lamp plugged into the ball.

Even as a small team of eight students, Uncharted Play received significant media coverage, including a full-length story in the Atlantic. It won the Popular Mechanics’ Breakthrough Award in 2010. Uncharted Play’s mission of providing underprivileged communities a consistent source of electricity drew many American endorsements and powerful NGO partnerships in regions in which the founders were looking to provide energy.

Silverman believes that the Soccket was able to score these prestigious endorsements and its financial success because “the idea itself was captivating,” she says. The Soccket “brought light, no pun intended, to a pretty heavy conversation.”

When reflecting on the process, Silverman recalls the roadblocks that existed beyond merely developing their product. She remembers that Silicon Valley investors would comment, “your project is cute;” in defense of Soccket, she would say, “my company is innovative.” Silverman feels “that men coming out of prestigious institutions are not confronting the kind of bias” in Silicon Valley that young women like Silverman and Matthews faced.

Just as quickly as the hype erupted, however, the soccer ball’s faulty technology came to light, a sharp rebuke to the three-year lifespan the company promised on a tech specs sheet.

In an interview with The Crimson in 2011, Silverman commented on the founders’ lack of engineering experience — they studied the social sciences when they took Edwards’ class. But to Silverman, their non-engineering backgrounds also allowed them to “dream bigger,” she said at the time. “Not knowing the confines of the box lets you automatically think outside the box.” But was Soccket too far outside the box to be feasibly developed?

Silverman understands the criticism that the Soccket received for not being a long-term energy solution; however, she believes that the goal of the Soccket was to get people “who do not have reliable access to the grid” from “nothing to something.” Asked about the 2013 production failure, Silverman declined to comment, but cited that due to “the nature of production,” any product development has its “challenges.”

In an April 2014 interview with CNET, Matthews also noted that the small, start-up nature of Uncharted Play may have factored into its challenges: “We’re not Nike. We’re not Walmart. We’re a group of 8 people in an apartment in New York City,” which made it difficult to monitor what “happens on the ground,” she says. Matthews, Lin, and Thakkar did not respond to a request for comment from The Crimson.

This precarity within the entrepreneurial space ultimately led Silverman to exit the company in 2015 to enter a more “structured setting” where “thoughtful feedback and professional development” would be easier to come by.

After Silverman’s departure, Matthews rebranded the company from Uncharted Play to Uncharted Power. The company shifted from revolving around Soccket to focusing on larger systemic changes to be made in the energy industry by working with corporate partners to install “‘MORE’ [technology] — Motion-based, Off-grid Renewable Energy — into existing products,” like strollers and floor panels. Matthews has already raised $7 million, which she claimed in Business Insider in 2016 is “the most raised by a woman of color, ever.” The ProjectDiane report has similarly famously shown that as of 2018, only 34 black, female founders in the United States have ever raised over $1 million in venture capital funding.

Regardless of the success of the new company and the systemic problems it is trying to tackle, one question still looms large: what happened to those broken Soccket soccer balls? The development of the Soccket may not have been the innovative and impactful solution to the energy crisis it hoped to be, but at least for Matthews, it was a stepping stone — from a Harvard classroom into Silicon Valley.