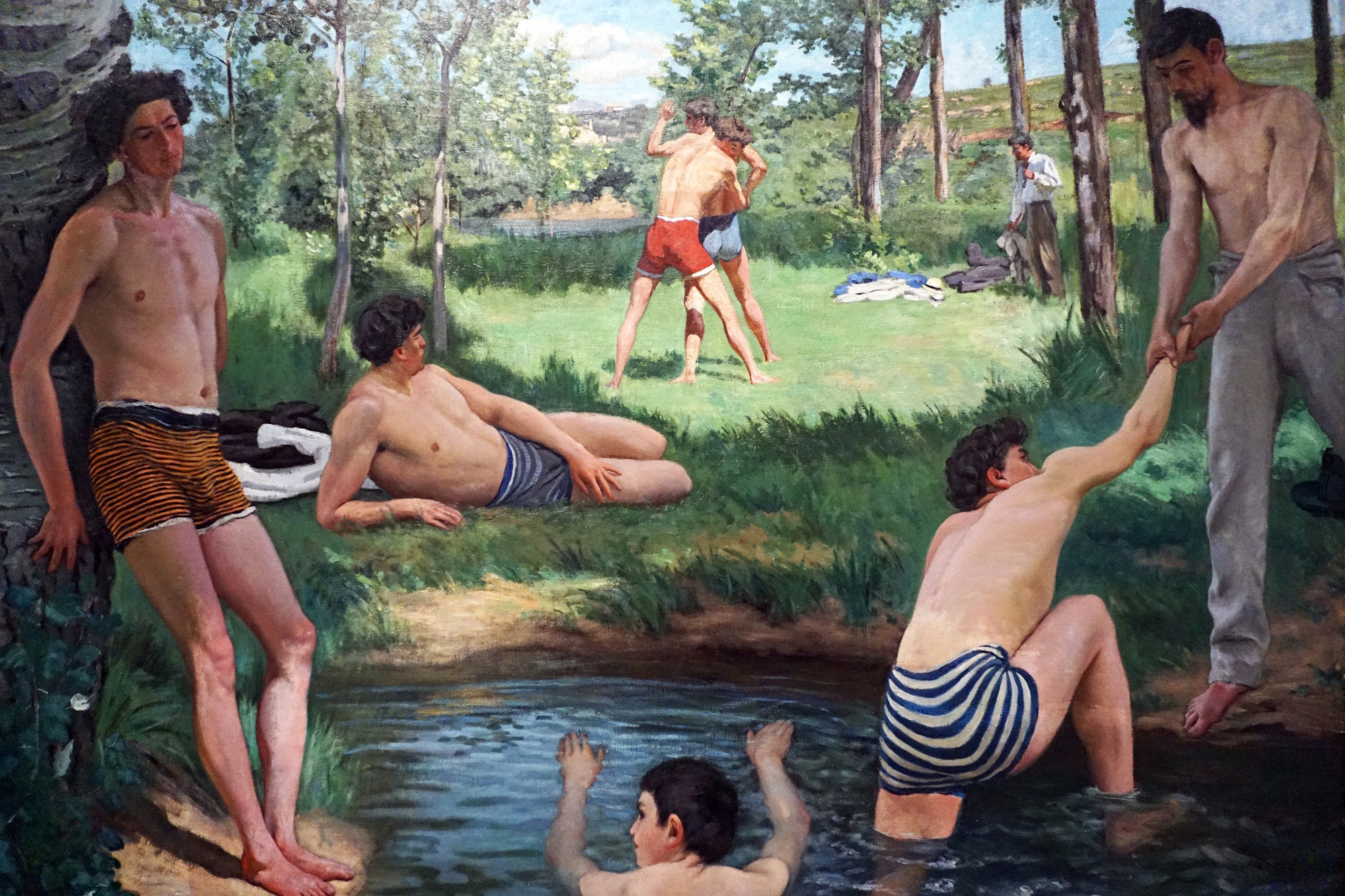 Puritanical influences be damned: The Boston Museum of Fine Arts is known to have an impressive collection of BGLTQ-centric art. (The company Oscar Wilde Tours leads “Gay Secrets of the MFA,” which has caught the eye of many a Facebook-browsing FM writer.) Harvard’s origins are similarly Puritanical, but is our art museum just as secretly queer? FM’s self-identified “roving bisexual reporter” investigates.
By Norah M. Murphy

I enter the Harvard Art Museums on a windy, rain-soaked day. Perhaps gay, artistic energies travel like Mary Poppins: at the behest of the winds. If so, this is a good omen for my quest: find the secret gays of the museum. If not, I have been well-trained by years of convincing myself that Taylor Swift is in love with her former best friend Karlie Kloss. If anyone can find the gays in this bastion of marble and oil paint, it is me.

I abide by a strict set of criteria: if the figures portrayed in the art seem gay to me, they are. My rationale is incontrovertible, regardless of any irrefutable art history evidence to the contrary. Let. Me. Have. This.

I begin in the gallery directly to the right of the main entrance (labeled “Fogg Museum,” for those of you following along at home). I am immediately greeted by a nude bronze female form, sculpted with overtones of heterosexuality by Aristide Maillol. The metal woman stands chest first, holding a towel stiffly behind her—she’s allegedly wading in shallow water, but I’m unsure how her washcloth can help her. This is not a good sign.

But lo! I catch a glimpse of Picasso’s “Woman with a Chignon” across the room and I am saved. She slouches forward, elbows on a table, enrobed in blue and yellow paint. Her eyes gaze blankly at the viewer. She is very clearly a bored bisexual. Picasso may have looked to depict pure human ennui, but in doing so, he clearly wrote, “I am a young, sad bisexual” in the paint swirls above this woman’s head. I need not qualify my assertion any further—this is quite obviously sufficient evidence. It is early yet in my odyssey for gays and the tides are turning in my favor.

I turn away from Miss Chignon and am immediately struck by Henri Toulouse-Lautrec’s “The Hangover (Suzanne Valadon).” Toulouse-Lautrec’s model, Suzanne, was a former circus performer and his mistress for two years. This suggests heterosexuality. However, her authoritatively cut blouse says otherwise—she reads more Rachel Maddow than artist’s mistress. Suzanne is drinking alone, pondering her past in the circus, and fully above any 19th-century heteronormative nonsense. I see you, girl.

The rest of the room is full of overwhelmingly straight landscapes; sure, they’re dense with curved, rolling hills, but those hills have never cried while listening to Sufjan Stevens. In the next room over, I find “Red and Pink” by Georgia O’Keeffe. One could explain away these organic forms, likening them to flowers, flames or the “sanguine recesses of the body” as the placard does.

Sanguine recesses? Please. Any gay woman worth (The Price Of) her salt can sense the deep aura of lesbianism radiating from this painting. GAAAAAAAAAAY.

The first works I see upon moving into the Busch-Reisinger section of the museum are two Amazonian women: a small sculpture next to an evocative oil painting. These works may be placed next to each other due to their thematic similarities, but out of those thematic similarities comes the concentrated essence of lesbianism.

The gays are more sporadic in this section of the museum; less portraiture and more religious imagery makes queering too trying for even me. I eventually stumble upon “Self Portrait with Cat” by Ernst Ludwig Kirchner. Kirchner’s cat is named “Boby,” the room is bathed in pinks and purples, and the man is wearing a red suit that can only be described as jaunty. If this portrait is not gay, it at the very least has strong lesbian energy.

I am not foolhardy enough nor confident enough in my queering abilities to broach the topic of our founding fathers. However, early colonial favorite John Singleton Copley painted some choice gays. Most notable are the paired portraits of the Boylston brothers, each wearing ornate green robes and what look like silk pink shower caps. I can only describe this as a Tegan and Sara situation.

I don’t want to proliferate the narrative of sad gays, but man: “Miss Alice Kurtz” painted by Thomas Eakins is both incredibly sad and incredibly gay. Her father described her as “healthy and athletic,” which I interpret to mean “flaming lesbian.”

Somewhere in this second floor dead-zone of founding fathers and Christianity, I find the clearly gay imagery I’ve been waiting for: “Summer Scene (Bathers)” by Frederic Bazille. I count eight strapping young men in various states of undress, two “wrestling” in the background.

Attempting to queer the second floor of the museum was tiring, but I soldiered on to reach the motherlode on the third floor: Grecian art. Patroclus didn’t die in Achilles’ armor so that I could ignore the blatant homoeroticism in each and every sculpture and vase on this floor.

Unfortunately, the third floor has more partial torsos and fragmented pottery than fully formed homosexual relations. There is no Sapphic imagery to my knowledge, and Achilles and Patroclus lack significant representation. Still, I manage to draw the conclusion that every Grecian urn is, at the very least, bisexual.

Note: all incidences of male homosexuality verified by self-identified “resident homosexual” and friend of the writer Frank M. Cahill.