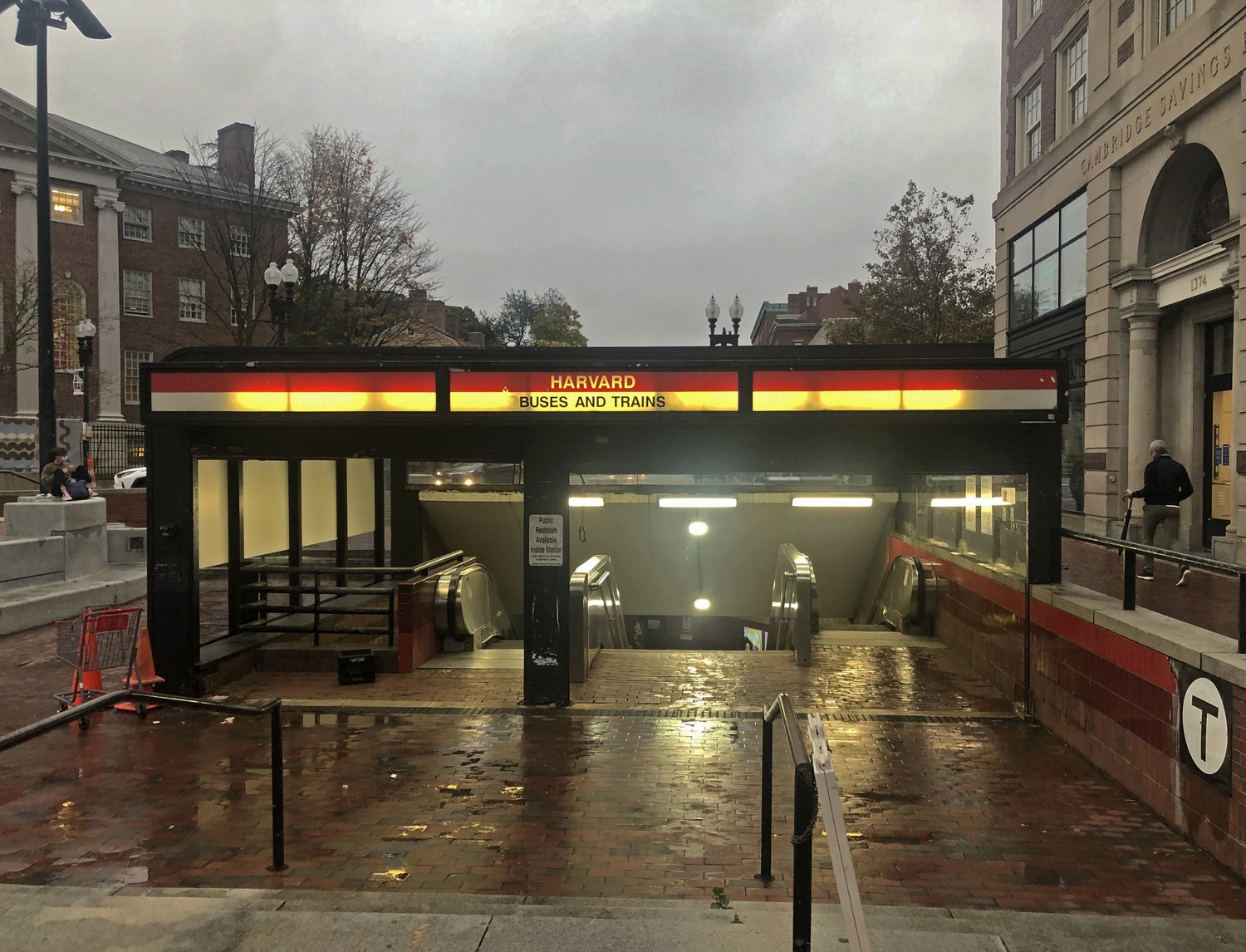 Vaill says the questions people ask range from lighthearted to weighty. He’s often asked things like, “What are you doing here?” “How should I handle my blind date tonight?” “How do I find a boy?” “Should I change my major?”
By Ciana J. King

Two to three times a week, 75-year-old George D. Vaill sits outside the Harvard Square T station sporting a pair of goofy oversized glasses, a rainbow propeller hat, a smile, and a sign that reads “Free Advice: Offered or Accepted.” Vaill is almost always surrounded by a crowd of tourists talking in other languages, students rushing to and from class, and locals shopping, eating, and chatting.

Vaill, aka the “Free Advice Guy,” has become a familiar fixture in Harvard Square over the last two years since he started dedicating his free time to offering advice to passersby. He splits his time between the Square and farmers markets in Florida, where he lives for part of the year.

Vaill was inspired to start giving advice four years ago, when he heard of a group of five elderly men in Salt Lake City, Utah who spent every morning swapping stories at a local deli. “When they were tired of telling each other the same old lies, they decided to go to a farmers market, and they took a table and put up a banner that said ‘Old Coots Giving Advice,’” Vaill says. “And so two years ago, I decided to find a place to do it.” Vaill, tired of “the real estate game” and approaching retirement, felt as though it was time to try something different from his one-man business as a dental lease negotiator.

Now, Vaill regularly talks to many people who are looking for anything from a silly conversation to serious advice.

One of these people was Andy M. Wang ’25, who first approached Vaill on a whim. He and a friend walked up to Vaill and asked for advice on how to collaborate on a group project with friends. Vaill walked through scenarios with them and really tried to help them come to a conclusion. “At first we thought he was there as a joke … but he was pretty serious about it,” Wang says. “I respect that. He wants to help people.”

Vaill says the questions people ask range from lighthearted to weighty. He’s often asked things like, “What are you doing here?” “How should I handle my blind date tonight?” “How do I find a boy?” “Should I change my major?”

Some conversations are much more consequential, though. Vaill remembers when a woman came up to him and asked, “I’ve been married for 27 years, should I get a divorce?” When he asked how long she had been thinking about getting a divorce, she replied, “27 years.”

Asking these sorts of follow-up questions is a powerful strategy Vaill often uses. “People need to look within themselves to find the answers to a lot of their questions,” Vaill says. For instance, people often ask Vaill what is the meaning of life, and he usually urges people to rephrase the question and ask themselves, “What’s the best way to get something out of life or the best way to live your life?”

Although Vaill acknowledges that some questions are a little trickier to answer, he says that most of them fall back into the same vein: “They’re really about personal connections and relationships and people conducting their own lives.”

Vaill loves getting these little glimpses into people’s lives and making “fleeting connections” with them. They are brief but impactful. People often come back on a later day and thank him for the advice. In turn, Vaill feels these connections enhance his own life.

“Every one of us loves to be acknowledged by others in the human race,” he says. “When you walk up to me and you smile at me, it fills my heart. And when I smile back at you, it fills your heart. It really is that simple.”