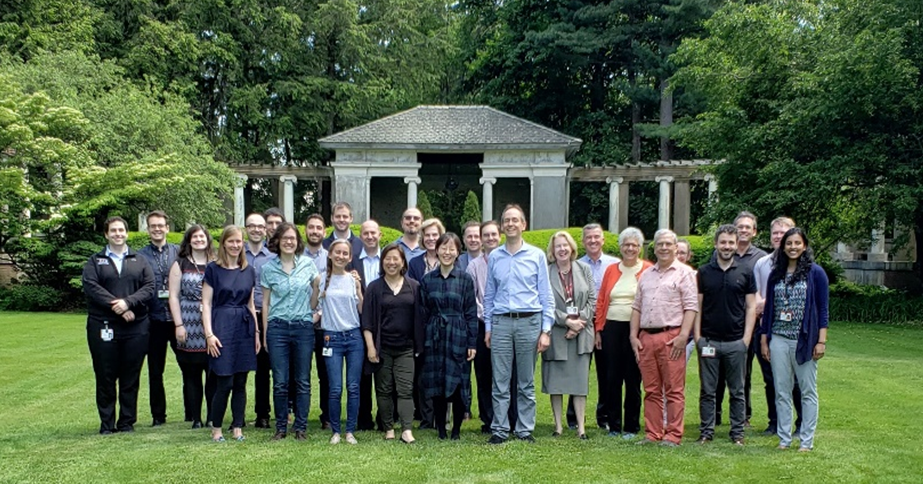 A team of researchers developed personalized neoantigen vaccines for cancer patients. This January, they revealed astounding new results that may have far-reaching implications for the future of quick-acting and long-lasting cancer treatment.
By Akila V. Muthukumar

A team of researchers at Harvard Medical School, Dana-Farber Cancer Institute, and various other Boston hospitals has developed personalized vaccines for cancer patients. According to a 2017 publication of theirs in Nature, after receiving the personalized vaccine, patients’ immune cells effectively responded to neoantigens, a specific kind of proteins found on tumor cells.

This January, the team revealed astounding follow-up results. As they hoped, the patients’ immune cells had long-term memory: they continued to recognize epitopes, which are neoantigen attachment sites, included in the original vaccine. Once the immune system recognizes these neoantigens, it can attach to and attack tumors. The researchers also observed that the immune system responded to completely new epitopes that were found in patients’ cancerous tumors, despite those epitopes not being in the vaccine — a process termed “epitope spreading.” The team’s promising results may have far-reaching implications for the future of quick-acting, long-lasting, and personalized cancer treatment.

Donna E. Leet, a first-year resident in internal medicine at the University of California, San Francisco and a 2020 M.D. graduate on the Health Sciences and Technology track at HMS, was one of the first authors on this paper.

In Professor Shiv Pillai’s first-year immunology course at HMS, Leet says she “really fell in love with immunology.” Catherine J. Wu, an associate professor at Dana Farber, was one of the guest lecturers who caught Leet’s eye when she gave a talk on personalized neoantigen cancer vaccines.

“I really was inspired by the fact that she was a female principal investigator, who had taken a similar path to me,” Leet says, noting that Wu also has an M.D., but not a Ph.D. When she heard older students describe Wu as an incredible mentor and realized how the lab’s work had clear applications from “bench to bedside,” Leet knew she had to get involved.

In her second year at HMS, Leet began working on the neoantigen cancer vaccine project with the Wu lab and HMS professor Patrick A. Ott, as well as his team of researchers.

“What’s always been elusive was the antigen that we are vaccinating against for cancer vaccines,” Ott says. The unknown variable of the antigen differentiates the formulation of cancer vaccines from that of other vaccines. Ott explains that infectious disease vaccines aim to prevent foreign organisms, such as viruses or bacteria, from infecting patients, but cancer vaccines need to target the patients’ own tumor cells.

Since many antigens present on tumor cells are also found in regular cells, the body’s immune response has trouble differentiating cancerous cells from healthy ones. However, neoantigens are entirely coded by mutations, which means they are only found in cancerous tumors. Neoantigens are therefore better candidates for vaccines because they can trigger a highly specific immune response.

With the advent of fast and relatively cheap sequencing technologies — the commercialization of which has caused biotech giants to race to lower prices — it became possible to identify specific mutations found in individual patients’ cancerous cells, Ott explains. From 2014 to 2015, the team recruited 10 patients with advanced stage melanomas for a phase one study. The patients’ melanomas were surgically removed and sequenced so researchers could predict which mutations were most likely to produce an immune response.

Ott says the process of predicting the most important mutations for the vaccine is a bit of a “black box,” but various validation processes ensure the mutated sequences they select for the neoantigen are truly expressed in the tumor. In other words, sequencing returns every potential mutation site from the melanoma sample. Researchers must then double check which mutations are actually expressed in the tumor and then use those specific mutations to create personalized neoantigens for the vaccine.

The team then gave six patients the vaccine in seven installments over the course of five months. As researchers monitored the patients’ progress at periodic checkpoints, they saw that their immune systems responded to both the vaccine and to tumors within the body.

In the following years, the team conducted follow-up studies to understand how immune cells exposed to the vaccine develop long-term memory and observed the astounding “epitope spreading” in patient follow-ups. These years of work culminated in their most recent paper.

Excited about the future of cancer immunotherapy, Leet immersed herself in the benchwork required to ensure the patients’ immune responses persisted.

“I think it’s easy in basic research and bench-based research to sometimes forget about the broader applications [of your work] and the fact that you’re working with real people’s cells and studying their real immune responses,” she says.

She believes spending half her day in the lab and the other half taking classes at HMS gave her a unique perspective different from many full-time Ph.D. researchers. She knew the work she did would affect real patients, which helped her “stay grounded” and feel a “connection to real people and medicine.”

Though the pandemic changed the lab’s workflow, Ott says the oncology world continued treating patients and quickly resumed urgent research. Since the team had already collected a vast majority of its data before the onset of the pandemic, they spent time revising a manuscript and creating figures over Zoom during a three-month hiatus when Harvard’s labs were shut down in late spring and summer of 2020.

As a newly minted M.D., Leet recently moved across the country for her residency at UCSF, which began in June. She says the rest of the team in Boston was incredibly flexible and selfless as they worked together and stepped in to help with socially distant lab work and revisions until the paper crossed the finish line.

Though the publication is complete, the work to make neoantigen vaccines a reality continues. Currently, the personalized shot comes with a hefty price tag, often upwards of $100,000 per patient, according to Ott. He explains that the “lion’s share” of the cost comes from making the neoantigen protein sequence, as opposed to biopsying or sequencing the patients’ tumors. In addition to creating cheaper and faster production techniques, there is more work left to do at the bench and in the clinic. The vaccine’s ingredients can still be adjusted, and it needs to be tested alongside other therapies and in different stages and types of cancer.

Leet agrees that there are imminent questions about accessibility and notes the publication is a small study focused on a small number of patients. Still, she explains that “someone has to be doing the work when it’s still really, really expensive and inaccessible, so that one day it will not be.”