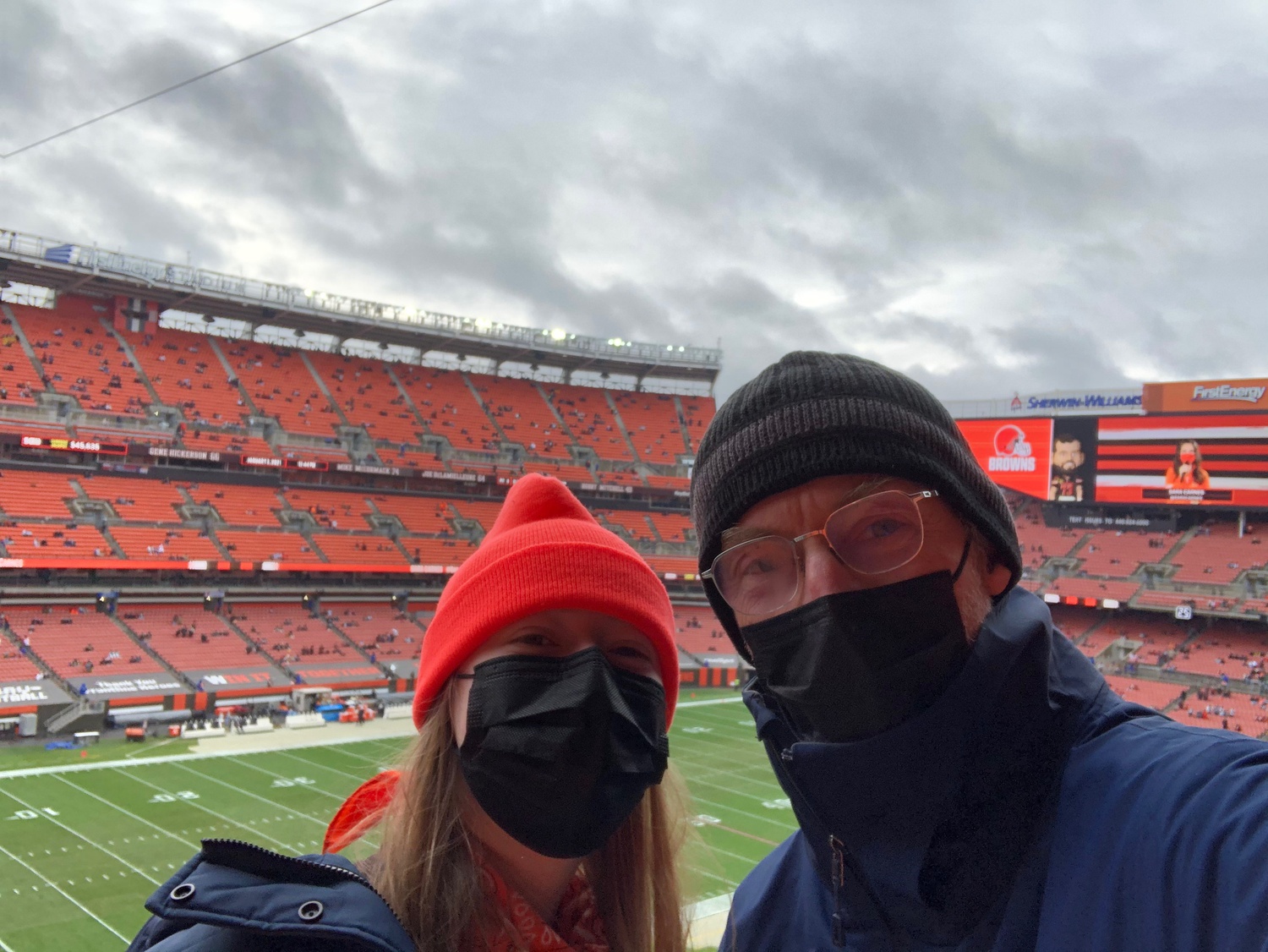 Papanek poses at the Week 17 Browns vs. Steelers game that clinched playoff berth for the Browns for the first time since 2002. By Courtesy of Ella Papanek
Advertisement
Advertisement

Several reasons could explain the Browns’ recent success: the acquisition of star players from trades, a string of draft picks that paid off, or new coaching staff. Ella S. Papanek ’21, however, adds another possible explanation: a player projection model she helped create that anticipates NFL players’ career production.
By Scott P. Mahon

But in the 2020-21 season, their scores began to turn around: The Browns won 11 games in the season, losing only five qualifying them for the playoffs for the first time since 2002. They finished 1-1 in the playoffs, losing by only five points to the defending Super Bowl champions, the Kansas City Chiefs.

Several reasons could explain the Browns’ recent success: the acquisition of star players from trades, a string of draft picks that paid off, or new coaching staff. Ella S. Papanek ’21, however, adds another possible explanation: a player projection model she helped create that anticipates NFL players’ ‘career production,’ or a statistical measure of a player’s performance throughout their career.

One article from sports news site Sportscasting in January even speculates that the future of Baker R. Mayfield, the Browns’ quarterback, “is in the hands of Harvard senior Ella Papanek.”

Papanek’s early interest in football and NFL commentary contributed to the development of her model-based predictions, which she utilizes in her current role as a Research and Strategy Intern for the Browns.

“[NFL commentary] tended to be interspersed with a lot of hypotheticals and theories in situations where I often felt a more data-driven approach would be illuminating,” she says. “But at the time, I had pretty much zero experience working with data or even understanding of statistics.” 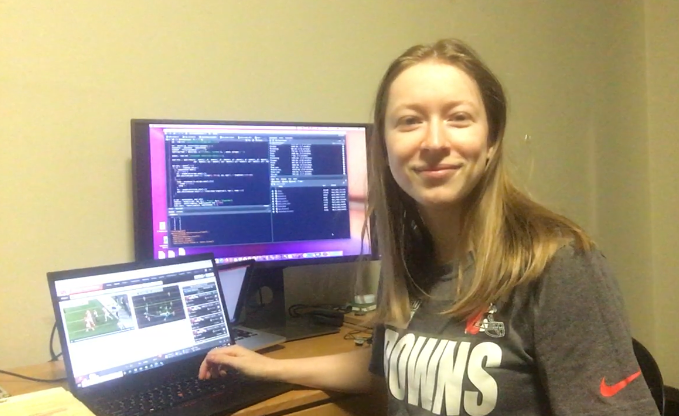 Papanek’s early interest in football and NFL commentary contributed to the development of her model-based predictions, which she utilizes in her current role as a Research and Strategy Intern for the Browns. By Courtesy of Ella Papanek

Once at Harvard, Papanek began taking courses that would provide her with a “toolbox” to work more deeply with NFL data. She also joined the Harvard Sports Analysis Collective, where she met other like-minded individuals and explored sports from a more quantitative perspective.

Although the type of model Papanek worked on is relatively new, statistics and data have become increasingly popular in professional sports. “I would say, every league at this point is getting more and more invested in statistics; I know it came first with Moneyball in baseball,” Papanek explains, referencing the subject of a 2011 film starring Brad Pitt. “At this point, there’s really more data than people know what to do with.”

Papanek recognizes that the NFL has lagged behind other sports in terms of utilizing data, but is excited about the league’s progress. She mentions player tracking data as one of the NFL’s “biggest developments.” Athletes wear chips embedded in their shoulder pads, which record their location on the field. “I think that datasets of that size and that granularity have endless power to really improve the way that we view the game,” she says.

Other areas of the NFL, however, have only recently seen improvements. The NFL, like most other professional sports, is male-dominated. Despite the recent pushes to get more women involved — the 2021 Super Bowl had a record three women serving as coaches and referees — the league’s staff still consists largely of men.

Women make up nearly half of the NFL’s viewership, but of the more than 450 coaches in the NFL, only eight are women; of those eight, none are head coaches. Of the 124 NFL officials in charge of refereeing games, only five are women.

Although Papanek doesn’t necessarily feel that her gender has “presented her significant challenges,” she says she has been warned by other women in the field that she’ll likely encounter discrimination in the future. For now, however, her ample experience in male-dominated fields has acclimated her to similar settings. “In my entire life, I pretty much have never been involved in a pursuit that is not male-dominated, so it’s something I’m very used to,” she says.

Papanek is optimistic about the recent push to make the NFL a more diverse industry. “I do think from a completely practical perspective, [the NFL] is male-dominated, and I think the NFL is working to change that,” she says. “There are a lot of teams that are looking to create more opportunities for diverse members of their departments.”

For other women interested in a career in sports, Papanek says one of the most important things is to consistently publicize your work and engage in the public discourse. “I think for women specifically, it might be more difficult to get your voice heard, and so I think it’s essential to really engage and make it clear to people that you have something to contribute,” she says.

After graduation in May, Papanek isn’t sure what she’ll do next, but she knows she wants to continue to challenge herself. “What’s most important to me is that I’m engaging with interesting problems,” she says. “I think in my life, I will follow interesting problems wherever they take me, and so we’ll see if that’s at the Browns or elsewhere.”

— Staff writer Scott P. Mahon can be reached at scott.mahon@thecrimson.com and on Twitter at @scott_mahon.