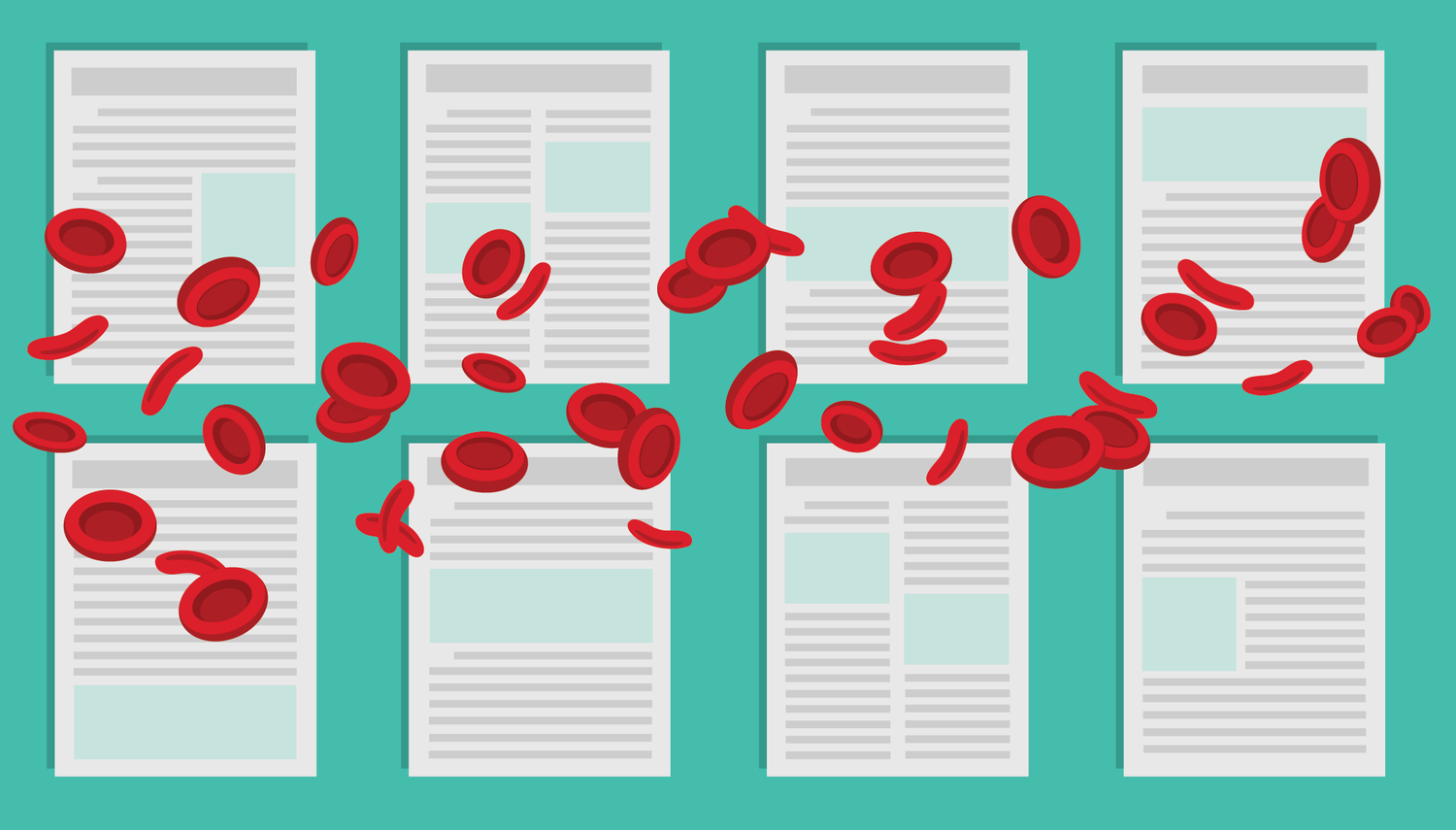 "I thought that my throat was closing up every morning. That my heart would suddenly stop. That I might choke on my dinner and require an emergency tracheotomy. "
By Henry N. Lear

At the community pool during a middle school summer, I started to get a headache. Or maybe it was brainfreeze, one popsicle too many that afternoon. The cause was dubious; the feeling was profound. I began to picture my brain swelling in my skull, flashbacks to a medical drama pulsing through my head. The surgeons would have to cut a hole in my skull to release the pressure, I just knew it. I used the phone at the check-in desk to call my mom, who reassured me that I was just fine. But I called again and again and again, until finally, she picked me up.

My hypochondria started that summer, around age 11. I thought that my throat was closing up every morning. That my heart would suddenly stop. That I might choke on my dinner and require an emergency tracheotomy.

High school yielded a new generation of anxieties. Gay sex was never mentioned in health class — and Googling terms like “HIV” and “AIDS” only generated more fuel for my anxious fire. I cut myself off from these search terms when I couldn’t staunch the flow of information. Alone and unsure, I told myself a purple vein was nascent Kaposi’s sarcoma, that a cough was the beginning of pneumocystis pneumonia. My fear of being gay in South Carolina was transplanted to the medical: I worked the idea into my mind that I was always a few steps away from fatal peril.

A month into my first semester of college, I went to Harvard University Health Services for my first STI panel, intent on the idea that I was a longtime, unknowing carrier of deadly disease. The wait for my results to appear online was so excruciating that after several days, I went to ask for them in person. Riding the shaky elevator to the office, I was petrified, my limbs paralyzed by my inconsolable nerves, betraying and repudiating my body.

That screening was the first of many. In the following year, I watched my purplish blood fill up tubes at HUHS and sexual health clinics in Atlanta, Philadelphia, and Cambridge. With each negative HIV test and repeated exposure to the doctor’s office, I grew a bit more confident. I found educational resources, scheduled my own appointments, and got on PrEP. I was determined to hold onto the autonomy I was building for myself, which had sat out of reach for years.

In March, I opted to see a primary care doctor for this ritual. I got my blood drawn at Brigham and Women’s — a tube more than usual — for a Complete Blood Count, a rundown of blood standards like platelets and red blood cells. HUHS and the clinics I’d visited in the past had never taken a CBC, but in the heart of Longwood’s enormously dense medical campus, it was routine.

My doctor called me on my way home. Over the rumble of the 47 bus and the staticky announcements on the PA system, I learned of the 1.2 million platelets per microliter swimming in my bloodstream. My too-thick, clot-prone blood. Swelling in my arteries. Creeping like molasses up my veins. My heart beat into my throat, and the static in my mind felt like fire.

The name itself was a tongue-twister: essential thrombocythemia, a hematologist later pronounced. It held a distinct, unwieldy significance — and the WebMD cache I discovered in my anxious internet somersault did me no favors either. This condition increases the number of platelets in my blood, and it is classified as a myeloproliferative neoplasm, or what is technically a form of non-life-threatening blood cancer. It is benign but chronic, and in some cases it can morph into myelofibrosis or leukemia.

A sinister unease crept up as I learned more about my diagnosis. Now living away from home and making independent medical decisions, I was confronted by what had mobilized my hypochondria in the first place: powerlessness in the face of a chronic, asymptomatic condition. The agency I’d built for myself was in an instant made fragile, and it began to melt.

I picked up the phone and called my mom. She told me how, over a decade ago, she’d navigated a labyrinth of medical resources after she was diagnosed with breast cancer — if I wanted to get answers, I’d need to do the same.

By necessity, I took even more of my medical decisions into my own hands. I called different hematologists in Boston and found that the MGH Cancer Center could take me within two weeks. The pieces of self-determination began to click back together. My condition would be treatable with the help of hematologist oncologists at MGH, or blood cancer doctors. Most patients can live long and normal lives, and for the few who develop aggressive forms of cancer, new treatments are developed every year.

My first visit to the MGH Cancer Center was the most jarring. I was there for a bone marrow biopsy, my hip set to be drilled into by a wizened hematologist who, in the words of the nurse on the phone, preferred “using the old-fashioned equipment.” The biopsy could detect what genetic mutations, if any, caused my condition. As the IV pierced my vein, my clammy hands gripped the armrests, and I crinkled against the papered plastic chair.

But the nervousness that overcame me in the Cancer Center held a different weight, stripped of the power it once had. The nurse held my hand and stroked my back while she made light conversation. An extractive pain began to pull and pull from within my bone. My anxiety was no longer an avalanche, its former power undercut by a confidence and trust that felt like bright, warm light filling my chest.

No genetic mutations turned up in the biopsy. Like most essential thrombocythemia patients, I carry a non-inherited somatic mutation yet to be discovered. I am living something no one in my family has ever known, something which arose in my own blood. And, like countless other young queer people, I carry another legacy that extends beyond the biological — the fear of being eaten up by the viral monster that killed millions before us, a fear inherited not from familial ties but from an inescapable piece of our identities.

Yet even without these chromosomal links, I found family members to talk to as I was navigating my diagnosis and friends to lean on as I pitifully limped home from my biopsy and melodramatically confronted my mortality. What I’d always feared would happen went on to happen, and their support served as an antidote. My hypochondria now lies remarkably dormant. A cough is a cough, my brain remains its normal size, and thick blood is just that — thick blood.