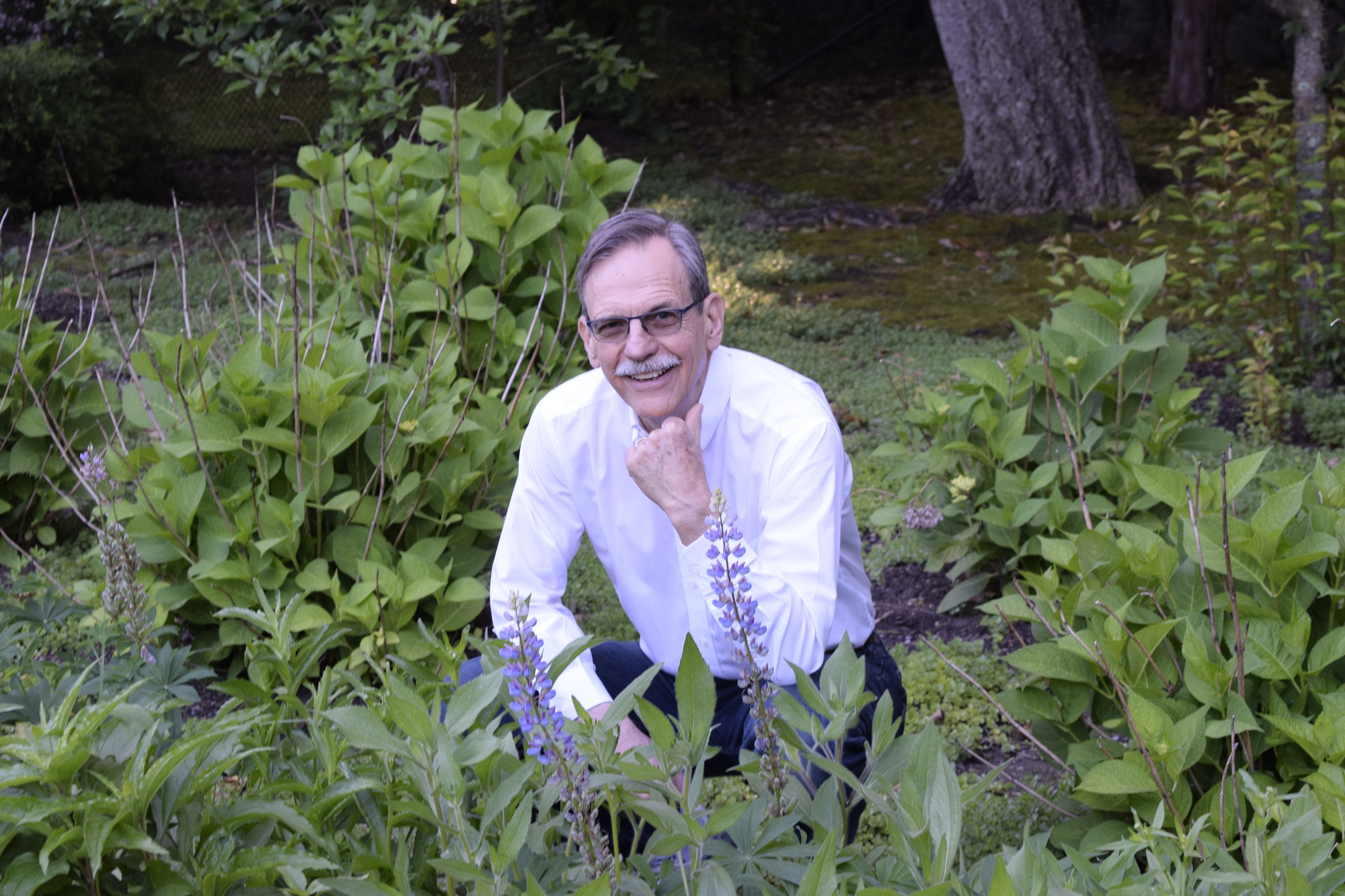 Timothy Springer, a professor at Harvard Medical School and founding investor in Moderna, pictured in his home garden.
Advertisement
Advertisement

Harvard's Billionaire in a Lab Coat

In April, Moderna shares skyrocketed when the company became one of the first in the U.S. to begin human trials for a COVID-19 vaccine. Timothy Springer, a professor at Harvard Medical School and founding investor in Moderna, made headlines. His shares had made him a billionaire.
By Malaika K. Tapper

In 2012, Moderna Therapeutics, a new Cambridge-based biotech firm was at a fork in the road. Its new messenger RNA technology seemed endowed with limitless possibility. The question was what to do with it.

“They have to be inside the cells to do anything. But then, they could do anything. The sky’s the limit when it comes to RNA,” explains Timothy A. Springer, a professor at Harvard Medical School and founding investor in Moderna.

Moderna hired McKinsey and Company to answer these questions. Springer recalls what the company asked of the consultants: “Just look at the entire universe of the kinds of drugs we could develop. What makes the most sense for us?”

Today, Moderna has found their project: the search for a COVID-19 vaccine.

Vaccines, however, have not always been the focus of Moderna’s efforts. The company’s messenger RNA technology was always uniquely suited for vaccines, but the McKinsey team had other ideas. “They suggested that rare diseases would be the most valuable area to go into,” Springer says. “To be honest, they valued vaccines as rather low, because normally vaccines are pretty much commodity items, so companies don’t make that much money on vaccines.”

And yet, in April, Moderna shares skyrocketed when the company became one of the first in the U.S. to begin human trials for a COVID-19 vaccine. The company had just received up to $483 million from the U.S. Department of Health and Human Services to fund the vaccine’s development.

Springer made headlines. His shares had made him a billionaire.

But this windfall may have surprised a younger version of himself. Springer, a mustachioed man in his early 70s, explains that his college years were characterized by an ambivalence toward making money.

“I grew up in the ’60s. I was an undergraduate at Berkeley, and the spirit of the times were just very different then,” Springer muses. “That’s why… I didn’t really think much about making money at all.”

He assumed, in fact, that “choosing to become an academic would subject me to being impecunious.”

This ambivalence toward money shaped his early career: Springer recalls that he had a “pretty cavalier attitude” about patenting discoveries. “I made some very important discoveries and did not patent them,” Springer says with a slightly rueful chuckle.

But Springer’s career since the late 1990s has included remarkable success not only in the world of scientific research, but also in the world of business. Springer has started six companies — three as a founder, three as an investor — and all of them, he tells me, have been financially successful.

During our interview, Springer sits in his home office, an array of his photographs, awards, and certificates lining the wall behind him. The gold coin of the prestigious Crafoord Prize, which is awarded annually to individuals who lead scientific research, glints at eye level.

Springer attributes this success to his investing strategy: “My return is 58 percent per year, which is stunning. The V.Cs. that I talk to are flabbergasted that I’m so successful. But the reason is that I’m rigorous.”

“I have deep insight not only into my own research, but if it’s an area of biology I understand, I can evaluate it. Which is why I only invest in biotech — I didn’t try to do the same thing in software, for example. I can’t tell if it’s good software or not,” he says.

Despite his financial success, Springer says his scientific research has always come first. “There are many people in academia, who just want to start a company... To me that’s secondary. I really want to do good science. Sometimes, I see there’s an incredible opportunity in the science I happen to be doing, and that’s when I found a company.”

It is often difficult, Springer says, to bring the fruits of his research to the public without business. There simply isn’t enough money within the university to fund the clinical trials necessary for the development of a drug.

Springer recalls, for example, research he performed in the late 1990s, which gained insight into “how white blood cells got out of the bloodstream.”

Springer recalls his thought process: “This has huge potential to cure disease and make people better. There are so many different molecules to cover, so many different aspects to this, I couldn’t possibly do it in my lab. You know, even if I got ten grants, I wouldn’t be able to do it efficiently — the best way to tackle this was to start a company.”

LeukoSite, the company born out of his discovery, was a success. It was as though the world lay at his feet. “I could have just retired… you know, sailed around the world.”

He had to think, carefully, about what he wanted to do for the rest of his life. Eventually, he decided the open seas could wait. He concluded: “I just like being a scientist.”

At that time, Springer dismissed the idea of pursuing other start-up ventures. Then, in 2008, something came along that drew him from his “entrepreneurial retirement”: A friend of Springer’s, a professor at Harvard Medical School, had been trying to create a company focused on modified RNA.

At the time, not many people had heard the name, Moderna.

From the beginning Springer understood that the messenger RNA research around which Moderna was formed had incredible potential for vaccines.

“Vaccines are really the sweet spot of RNA technology,” he explains.

Springer had his “drug-developing juices flowing again.” He provided one third of Moderna’s founding capital.

To some extent, Springer’s involvement in Moderna reflects a broader relationship between academic research and the world of science-turned-business. In the end, companies get their hands on scientific breakthroughs innovated in universities after the fact. He explains, “The large pharma companies are not innovating at all,” Springer says. “They’re just buying things from other companies, or from academics.”

On May 12, Moderna announced that the U.S. Food and Drug Administration had ‘fast-tracked’ its experimental COVID-19 vaccine, placing its regulatory review process on an accelerated timeline. Trump’s coronavirus czar, Moncef Slaoui, had served on Moderna’s board until his appointment on May 15. On May 18, he announced he would divest his $10 million in Moderna stock options, which he had previously tweeted posed no conflict of interest.

On the same day as Slaoui’s statement, Moderna announced that the vaccine’s early human trials showed promising results. Findings based on the first eight volunteers suggested that the vaccine was safe. It will soon begin the next phase of human trials, which will involve 600 healthy people.

Should its vaccine be taken to market, Moderna Therapeutics — and Springer, the company’s founding investor — will strike gold again.