A Harvard Student's Guide to Football 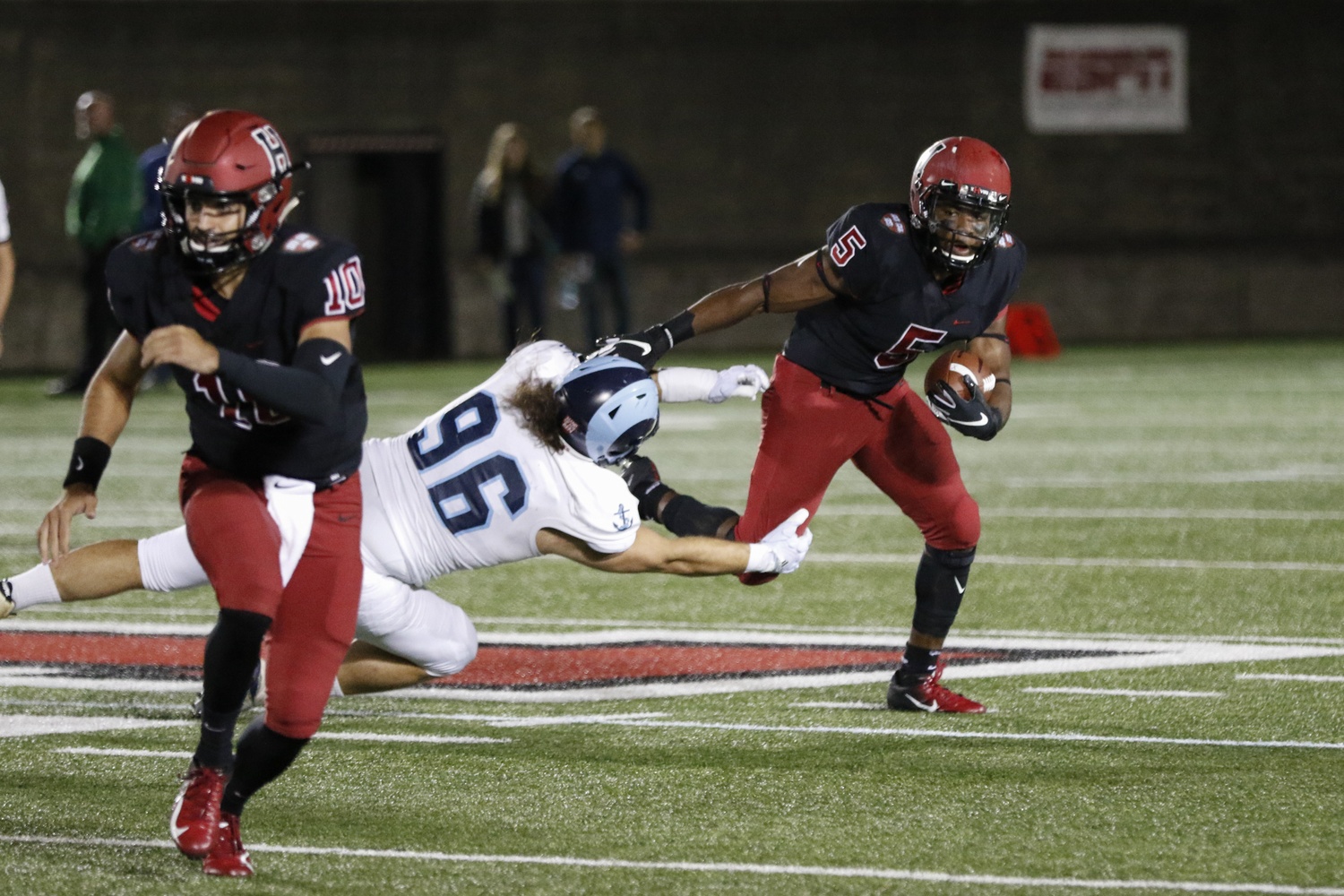 While Harvard students have many strengths, understanding football is not one of them. As Harvard-Yale — the one football game Harvard students attend — approaches, a guide to watching and understanding the sport is necessary to make sure we don’t embarrass ourselves (and end up being ridiculed on SportsCenter). So here are a few basic things we should all know.

The quarterback: throws or hands off the ball and tells everyone else what they should be doing.

The wide receivers catch the ball the quarterback throws.

The running backs get handed the ball and run it towards the end zone (where we need to go to score a touchdown).

It’s not important that you know any names, since defenders are all just trying to tackle

people as quickly as possible.

Touchdown: A player on the offensive team puts the ball in the end zone — six points.

Kick (Point After Touchdown): After a touchdown, the kicker can kick the ball through the big yellow posts — one point.

Two-Point Conversion: After a touchdown, the team that just scored can choose to run/throw the ball into the end zone — two points.

Field Goal: when a team kicks in between the yellow posts, not after a touchdown — three points.

Safety: when the ball carrier is tackled in their own end zone — two points (unlikely to happen though).

Downs (Structure of the Game)

The offensive team has four downs (tries) to move 10 yards. Everytime they move 10 or more yards, they reset to a first down (cheer when this happens!). After the fourth down (last try), possession of the ball is given to the other team wherever on the field the ball sits. So, on fourth down, the offensive team will usually punt (kick) the ball away to move the other team farther from the end zone. This means third down is the most important one, so you should cheer loudly if the other team has a long way to go on third down.

If you see a yellow flag on the field, someone did something wrong. Listen to the referee to see who it was and who is being punished.

One football minute does not equal one real life minute — in fact, it’s not even close. The game is going to take a while, so enjoy yourself. Maybe try to figure out what is going on with Harvard’s band as a side activity.

If you know all of this, you should be able to follow the game enough to avoid embarrassing yourself. If you get confused, just watch the cheerleaders, who are sober and paying attention to what’s going on, not to mention incredibly entertaining. And remember, we want the most points (this isn’t golf) so we can storm the field at the end of the game.