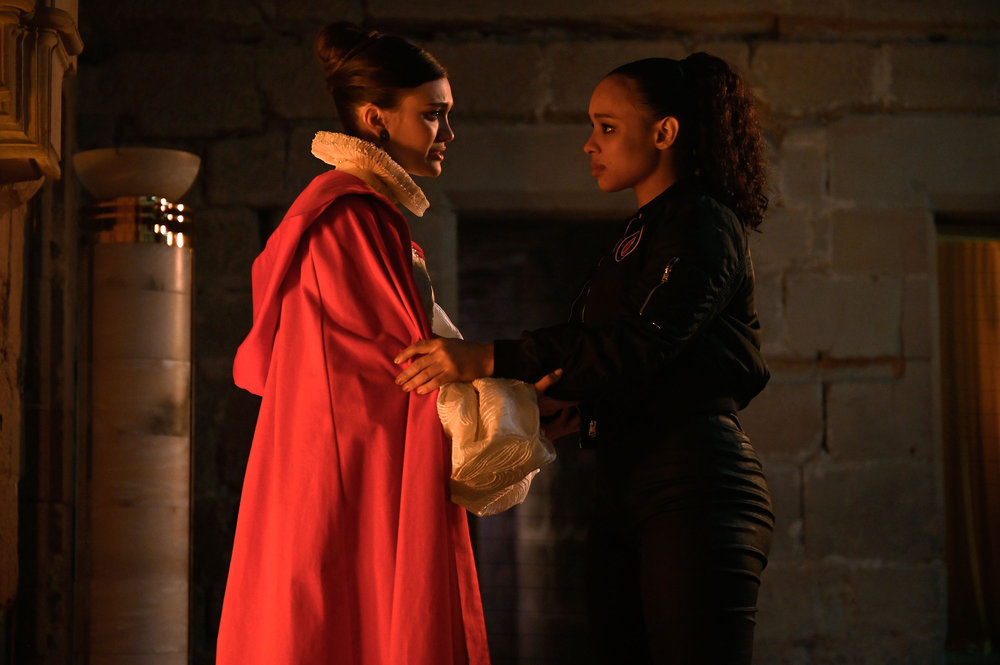 Peacock’s new reboot of “Vampire Academy,” the hit novel series of the same name, hints at a complex world and intriguing characters but lacks direction and substance — and so fails to deliver in its pilot episode.

From the jump, the pilot feels overstuffed. The show tries to establish its mythology — where there are evil vampires, magic vampires, and half-vampires who protect them — as well as the aristocratic vampire society’s complex politics and the vampire high school’s many rules. The show introduces the concept of royal vampire families jockeying to be elected as the ruling monarch without explaining what royals are and how the society is governed.

All in all, despite consisting mainly of exposition, the pilot episode is likely to leave viewers more confused than intrigued. And all of this comes at the expense of character: Very little work is done to establish what vampire royalty Lissa Dragomir (Daniela Nieves) and her best friend/protector Rose Hathaway (Sisi Stringer) want and how their lives are changing. Their background with their families and with each other comes out in hamfisted dialogue rather than subtle, considered scenes.

Moreover, while the titular academy and greater vampire society are functionally and geographically separate in Richelle Mead’s novels, the show conflates the two spheres, creating bizarre power dynamics between high school students and ancient heads of families that are not satisfactorily explored. This is not the first “Vampire Academy” adaptation: The 2014 film of the same name also suffered from pacing issues, resulting in an oversimplified plot. Though producers Marguerite MacIntyre and Julie Plec could be relying on the show’s initial drop of four episodes before shifting to a weekly release model to retain viewers, it seems like a risky strategy to keep viewers invested in the story.

The show has also made changes to the relationship between the protagonists, Lissa and Rose. Where the books portray them as deeply codependent, their friendship in the show comes off as shallow and less interesting. The scenes where they discuss the history of their love and friendship for one another are nice on their own but it’s disappointing that their bond is not a focal point of the episode, and is instead relegated to a few scenes of dialogue. Though the fight choreography is excellent in a scene in which Rose battles an evil vampire to protect Lissa, their mutual concern for each other falls flat, as if they don’t take the danger seriously.

In fact, though the episode is watchable, the performances are consistently underwhelming. The show’s casting was excellent on paper, but lackluster on screen. While both Stringer and Nieves each have a strong moment or two in the episode, they are wooden in many of their scenes and lack chemistry together. Similarly, the show’s many background characters are forgettable, lacking memorable introductions and meaningful contributions to the episode. The show works hard to present disgraced vampire royal Christian Ozera (André Dae Kim) as worthy of intrigue, but his character is given very little to do and is therefore undeveloped. And though the non-royal and mad-about-it vampire Mia Karp (Mia McKenna-Bruce) is compelling, her character is primarily a prop to gesture at conflict between royal and non-royal vampires, a narrative choice that falls flat.

Unfortunately, other production choices in the show do not make up for the mediocre writing. Considering the opulence of the setting of ancient royal families, the costumes and set designs are not very memorable, though thankfully they stand apart from the unrealistic uniforms of teen media such as “Riverdale,” “Euphoria,” or “Do Revenge.” Overall, the show fails to establish a sense of style. The show might have compensated for this shortcoming with a more distinctive tone or sense of humor, but even the script’s excessive swearing fails to create any distinct impact. The inclusion of so much swearing is surprising considering the lack of violence, gore, and sex, and the show’s TV-MA rating. This, coupled with the poorly explained exposition, creates an oblique entry to the world of the show in the pilot episode.

Overall, “Vampire Academy” has the potential to turn it around and become a dynamic, exciting, and intriguing show. It just isn’t quite there yet.

— Staff writer Millie Mae Healy can be reached at milliemae.healy@thecrimson.com.