Properties Housing Felipe's, Crema, and Cardullo's Up for Sale 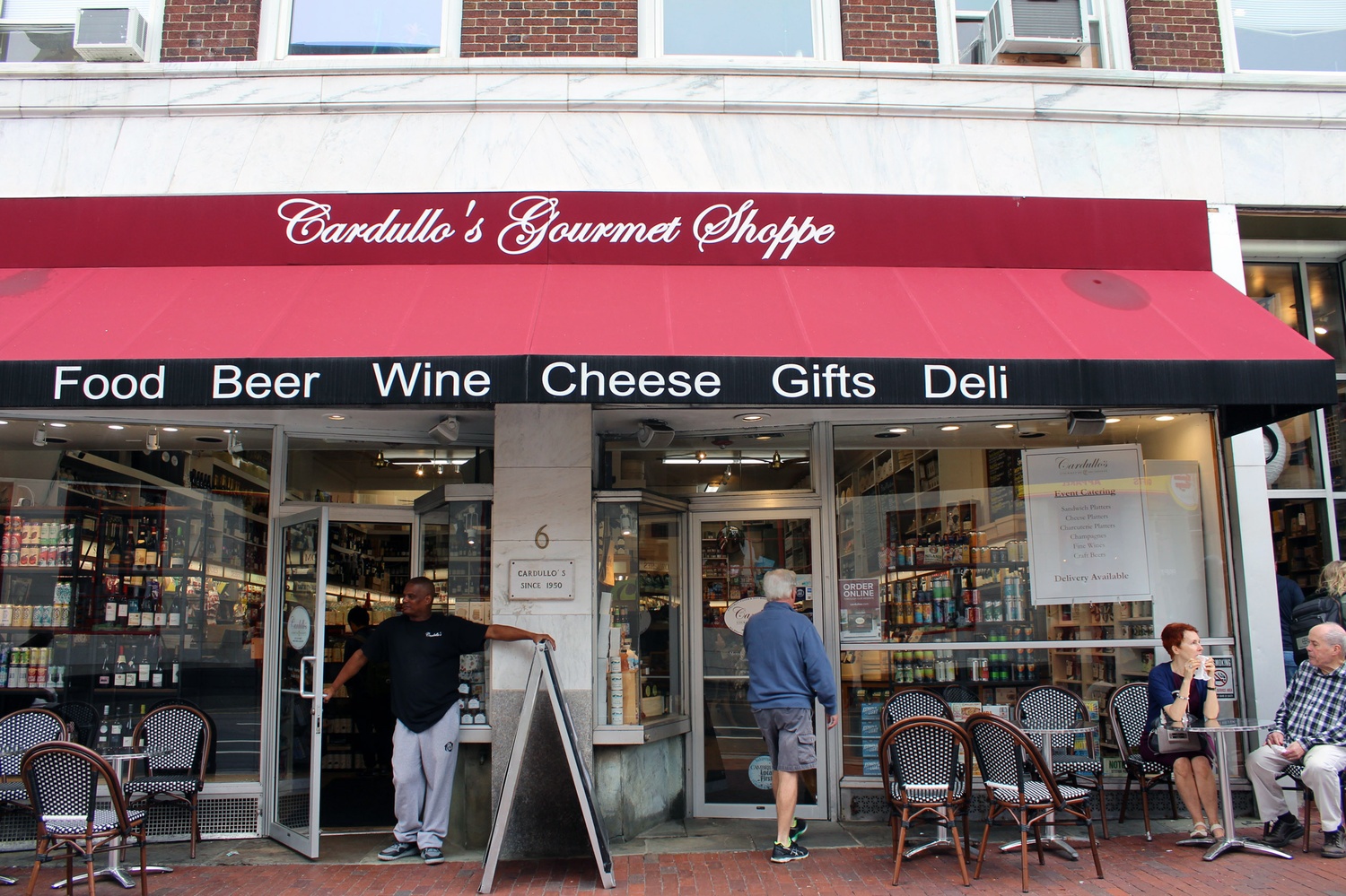 A string of properties on Brattle St. that include Felipe’s Taqueria, Crema Cafe, and Cardullo’s have been put up for sale in a real estate deal that could reshape the face of Harvard Square.

The Dow and Stearns family trust, which has owned the real estate for a century, listed the properties earlier this summer. They include the row storefronts at 1-8 Brattle, home to Cardullo’s Gourmet Shoppe, and 17-41A Brattle St., which includes Rebekah Brooks Jewelry, Felipe’s Taqueria, Crema Cafe, and Flat Patties. All told, the properties could fetch more than $100 million.

The properties further along Brattle St. are zoned for buildings as high as eight stories, a draw for potential buyers. Harvard Square residents say they worry that large multinational firms could buy up the property, driving up rents for current businesses.

Thomas J. Brush, co-owner of Felipe’s, director of Flat Patties, and a partner in Crema Cafe, said he hopes all three businesses can remain in their current locations in the Square. He said that although their leases are ongoing, there are provisions that could require them to relocate for renovations or construction.

“It’s possible that it could be two years, five years, ten years, we just don’t know,” Brush said. “But certainly our hope is that will will be able to continue our businesses here, and if not, we’ll just have to figure out what we’re going to do next.”

A week after posting its recent market listing, real estate agency CBRE New England has already received over 100 statements of interest from parties looking to buy the land.

In 2015, the same family trust sold the row of buildings across the street at Brattle and JFK, including buildings housing the Curious George Store and Urban Outfitters, for $85 million. Jacksonville-based real estate trust Regency Centers plans to build up the property to create the Collection at Harvard Square—an upscale pedestrian mall—pending City approval.

At a Sunday evening meeting hosted by the Harvard Square Neighborhood Association—a residents’ association formed last spring in the midst of what residents saw as a key time of change for the Square— some expressed concern over what some residents have named the “battle over Brattle.”

“They’re going to be sold in today’s market, so we have to be prepared for that,” Blier said.

Blier said that early generations of the Dow and Stearns families were supportive of small businesses and nonprofits in the Brattle St. properties as well as across the street in the Curious George Store and Urban Outfitters buildings. With an expensive sale ahead, though, changes could be on the horizon.

Members of the association are currently discussing the possibility of partnering with architects, urban planners, and members of City Council to draft a citizens’ zoning petition. They said they hope to propose changes to current zoning regulations to preserve the “history and character of the Square” and maintain space for small businesses.

A previous version of this story included a photo caption incorrectly indicating that Cardullo's Gourmet Shoppe was up for sale. In fact, the property that houses Cardullo's is up for sale—the store itself is not.