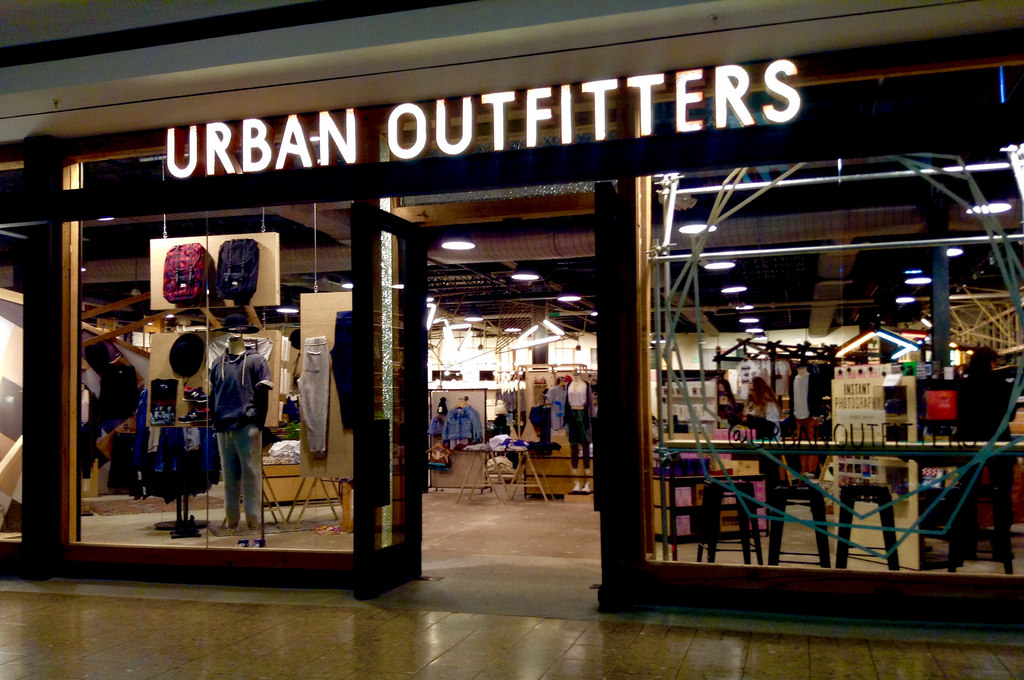 Under plans recently approved by the Cambridge Historical Commission, the building home to Urban Outfitters would be demolished. By Courtesy of Mike Mozart
By Alison W. Steinbach and Sarah Wu, Crimson Staff Writers

The Cambridge Historical Commission approved plans to create a pedestrian mall in the heart of Harvard Square, one of three proposed large-scale developments in the area, earlier this summer.

The project, named “The Collection at Harvard Square,” calls for the demolition of the Corcoran building—currently home to Urban Outfitters—and its replacement with a new building, as well as renovations and additions to the neighboring buildings at 1-7 JFK St. and 18-20 Brattle St. The combined buildings will be covered with a rooftop terrace, according to the current plans.

The next hurdle for the developers, Jacksonville-based Regency Centers, involves seeking approval from the Cambridge Planning Board.

If successful at the Planning Board, the project will return back to the Historical Commission for further review on construction materials and a variety of details on entrances and storefronts, according to Charles M. Sullivan, the commission’s executive director.

After months of meetings and debate at the Historical Commission—the plans were initially filed in August of 2016—the project underwent a series of revisions and was finally granted a ‘certificate of appropriateness,’ meaning it “is not incongruous to the historic aspects or architectural character of the building or district.”

“This project went through a series of reviews, probably about twenty-five hours of hearings, for a number of months,” Sullivan said.

Sullivan said developers made several throughout the process, including demolishing and reconstructing the Urban Outfitters building instead of the initial plan to add two stories. The rooftop space was also significantly cut back in size.

Despite these changes, some remain concerned about the project. City Councillor Jan Devereux said she still has reservations about the plans for a “luxury mall.”

“Based on the demographics of Harvard Square, which is extremely diverse and obviously caters not only to students who have student budgets but also to visitors from all over the world, I would hope that it would serve more than just the 1 percent,” Devereux said. “But the economics are such that, I don’t know if that will be possible,” she added.

Suzanne P. Blier, a Harvard professor and founder of the Harvard Square Neighborhood Association, echoed Devereux’s concerns about the shift towards a more high-end Harvard Square and the consequent pricing out of existing businesses, such as the world’s only Curious George store.

“Local business owners I speak with are deeply upset since few will be able to do afford to do business here soon, other than banks, fast food restaurants, and pricey national chains,” Blier wrote in an email.

To enable more local businesses to set up shop in the square, Devereux said she is looking into “various strategies in the zoning that could help us push back a little bit against the incursion of formula businesses.”

She noted that, from an urban planning perspective, having numerous small storefronts—unlike the large Urban Outfitters store that has two storefronts, or the many banks currently in the Square—would better contribute to the vibrancy of the streets.

Blier said she worries that, beyond affecting the commercial landscape of the square, the proposed penthouse and rooftop “will reify already escalating social divisions locally.”

“The very wealthy who can afford to dine atop the proposed luxury restaurant roof terrace, will be able to look down on the poorer city residents and visitors waiting to eat or take-out fast food pizzas across the street at 18 Brattle—and vice versa!”

The proposed plans will be up for further discussion at the Planning Board soon. Meanwhile, Regency Centers is still fine tuning plans for the property.

“We are looking forward to presenting our vision to the surrounding community and interested parties in the near future,” Eric Davidson, communications manager for Regency, wrote in an email.