"The Other Woman" Sidelined 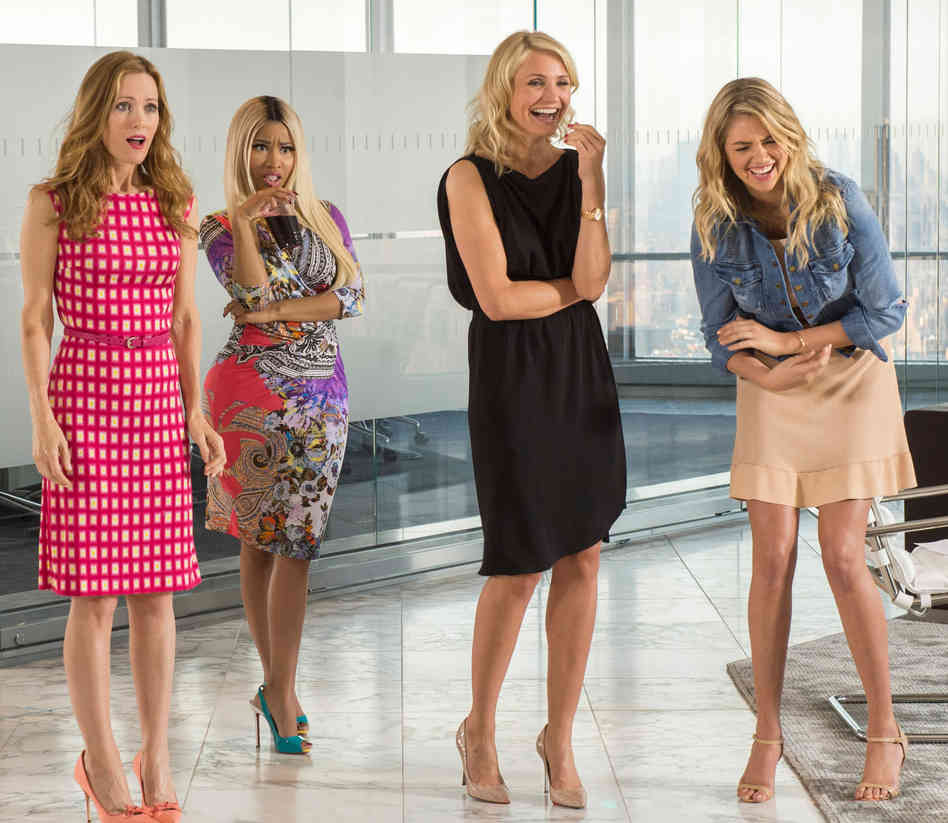 Leslie Mann, Cameron Diaz, and Kate Upton star in "The Other Woman."
By Leanna B. Ehrlich, Crimson Staff Writer

If you are still outraged over last weekend’s controversial “Game of Thrones” rape scene, “The Other Woman” could offer some much-needed catharsis. Nikolaj Coster-Waldau trades in armor for a business suit as Mark King, a cheater whose wronged women band together to teach him a lesson. If you have ever wanted to see Jaime Lannister have explosive diarrhea on screen, you are in luck. Yet there is something amiss with a comedy film where extended bathroom humor is, by far, the funniest scene. In Nick Cassavetes’s no-holds-barred battle of the sexes, a deeply unfunny script full of scenes that go on long after any traces of comedy have expired is the unfortunate undoing of a film that also includes unexpectedly outrageous physical humor.

The unfortunate thing is that the film’s premise has potential. Lawyer Carly (Cameron Diaz) meets wife Kate (Leslie Mann), and when they realizes their lover is one and the same, they set out to dismantle his life by any means necessary, from estrogen supplements to financial ruin. Their discovery of third girlfriend Amber (Kate Upton) adds fuel to their fire, and the three women join forces instead of turning on one another, though their alliance doesn’t come without its share of jealousy. It all reads a bit like a grown-up “Mean Girls” or “John Tucker Must Die,” with a good deal more hangovers and graphic body humor.

“We’re not in competition,” Carly emphasizes. “We got played by the same guy.” Sometimes, in moments like these, the film works. Writer Melissa Stack manages to get in a few good one-liners. “Does this mean he’s not training for the marathon?” Kate asks Carly, crushed when she learns that Carly and Mark have been dating for months and, more importantly, have had sex 50 times. When Kate tells Carly not to hit on her hot brother, Carly counters, “He’s your brother. What are you going to do with him?” And Kate Upton is not bad at all in her turn as Mark’s naïve plaything: “I really thought we were soulmates,” Amber says upon learning about her boyfriend’s infidelity.

The problem is that every scene lasts several minutes longer than it should. It is hard to tell how much the actors improvised versus how truly humorless the script is. Either way, the film begs for extensive editing. Carly spends frame after frame trying to shove a drunk Kate into a car, an unnecessary exchange about feng shui refuses to end, and an entire song plays as the three women sit together on the beach one early morning. At times the film seems a parody of itself, but earnest clichés and reliance on genre conventions prove that it is not. “The Other Woman” showcases the lives of spoiled, rich, white women whose petty worries reveal their narrow worldview. At one point in the movie, Kate throws her undoubtedly expensive wedding ring in the ocean, a supposedly poignant moment that underscores how out of touch with reality this entire film is.

What, then, to make of the unexpected and visceral body humor in a film that otherwise hews closely to convention? Mann pees and vomits on screen, while Coster-Waldau’s lot includes not only the aforementioned diarrhea scene, but also the mother of all finales, where he gets punched repeatedly in the face and walks through multiple glass walls. Rarely has this much blood been spilt in the dénouement of a lighthearted comedy. In that respect, at least, “The Other Woman” surprises its viewers. If only these moments of cringe-worthy and visceral revenge humor weren’t trapped between 100 minutes of a decidedly unfunny film, “The Other Woman” could have provided an empowering and original look at getting even.