Battle of the Squares: Central Square 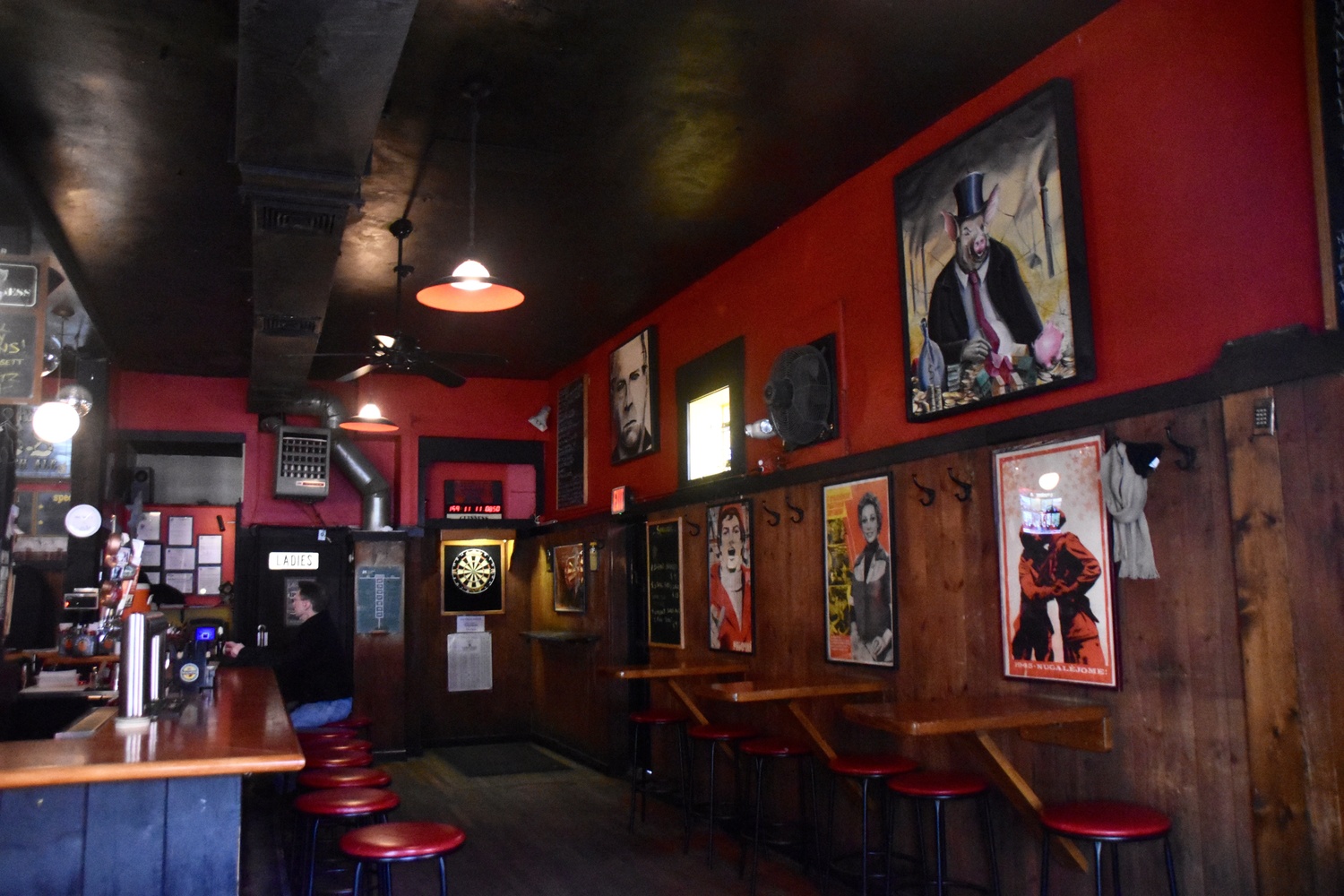 A patron sits at the bar amid various propagandic images lining the wall in People's Republik, a Russian Communist themed bar in Central Square. By Melanie Y. Fu

For those of you who don’t venture beyond the confines of your dorm or for you freshmen who are new to the neighborhood, Central Square is the area sandwiched between Harvard Square and Kendall Square. Why would you bother to walk to Central Square when the journey from your room to the Science Center is already becoming a trek? Well, Central has plenty of draws, no matter what kind of person you are:

For people who like good food (though, isn't this everyone?)
One of our favorite restaurants around campus is a Chinese restaurant in Central Square called Dumpling House. Everything they make here, even in the form of cold two-day-old leftovers, is heavenly. The food is amazing, it’s super affordable for your college budget, and it’s always packed so you know it’s a crowd favorite. Another favorite is Life Alive, which is a ~peaceful and zen~ cafe serving healthy and yummy salads, wraps, grain bowls, and smoothies. And did we mention that Central Square has a 24-hour Clover?

For people who love to grocery shop (#adulting)
Don’t you ever miss being at home and going grocery shopping, a.k.a. putting a million things in your shopping cart because you know your parents will be paying for it at check-out? Well, Central Square has a Whole Foods, but the big deal is actually the Korean supermarket H-Mart. This place is actually amazing – it has a lot of Asian food beyond Korean food and it also does Korean BBQ night way better than HUDS. It also happens to have a food court inside it…

For the 21+ crowd
There’s a really cool speakeasy in the heart of Central Square called Brick & Mortar. The entrance to it is a plain-looking door next to a restaurant called Central Kitchen, and once you go up the stairs, it opens up into a really spacious and dimly-lit bar with cool cocktails and a nice vibe. Central is also home to the famous People's Republik, if you still #FeelTheBern want to let your socialist side show, and the Plough and Stars if you like Irish pubs and live music.

For those who like to #gram
The Wall at Central Square is a hidden alleyway displaying collaborative street art, intended to be a cultural hub for the local community. When you look up, there’s a ceiling of colored panels, which looks absolutely amazing in the sunlight, even with #nofilter.