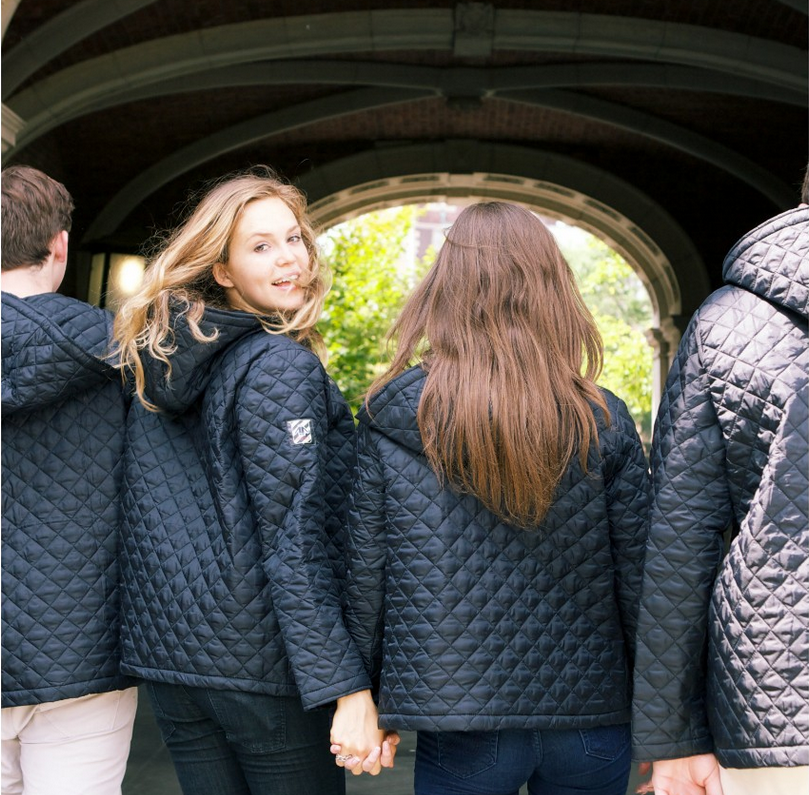 Penn juniors Caroline Calle and Melissa Greenblatt recently launched the FRACKIT, "a jacket you wear to frats because you don’t mind if at the end of the night, it is covered in beer [and] frat sludge." Sounds great, kinda. But we have some questions about this revolutionary product.

Why is “jacket” misspelled?
Last time we checked, there is no “i” in either “frat” or “jacket.” Is the FRACKIT part of your fratpocalypse kit? Was their first choice domain name already taken? Did they think no one would notice? Were Caroline and Melissa at a frat party when they named their company? Does Penn teach spelling?

What is “Frat Sludge?”
Actually, do we really want to know?

Why does it have a hood?
Are you pouring “frat sludge” on each other's heads? Won’t it be weird if everyone in the Penn frats is wearing a hood?

Won’t it get lost?
The ideal outerwear for heading into a dark, hot, and crowded fraternity is a black, unmarked jacket that everyone else has? Really? REALLY?