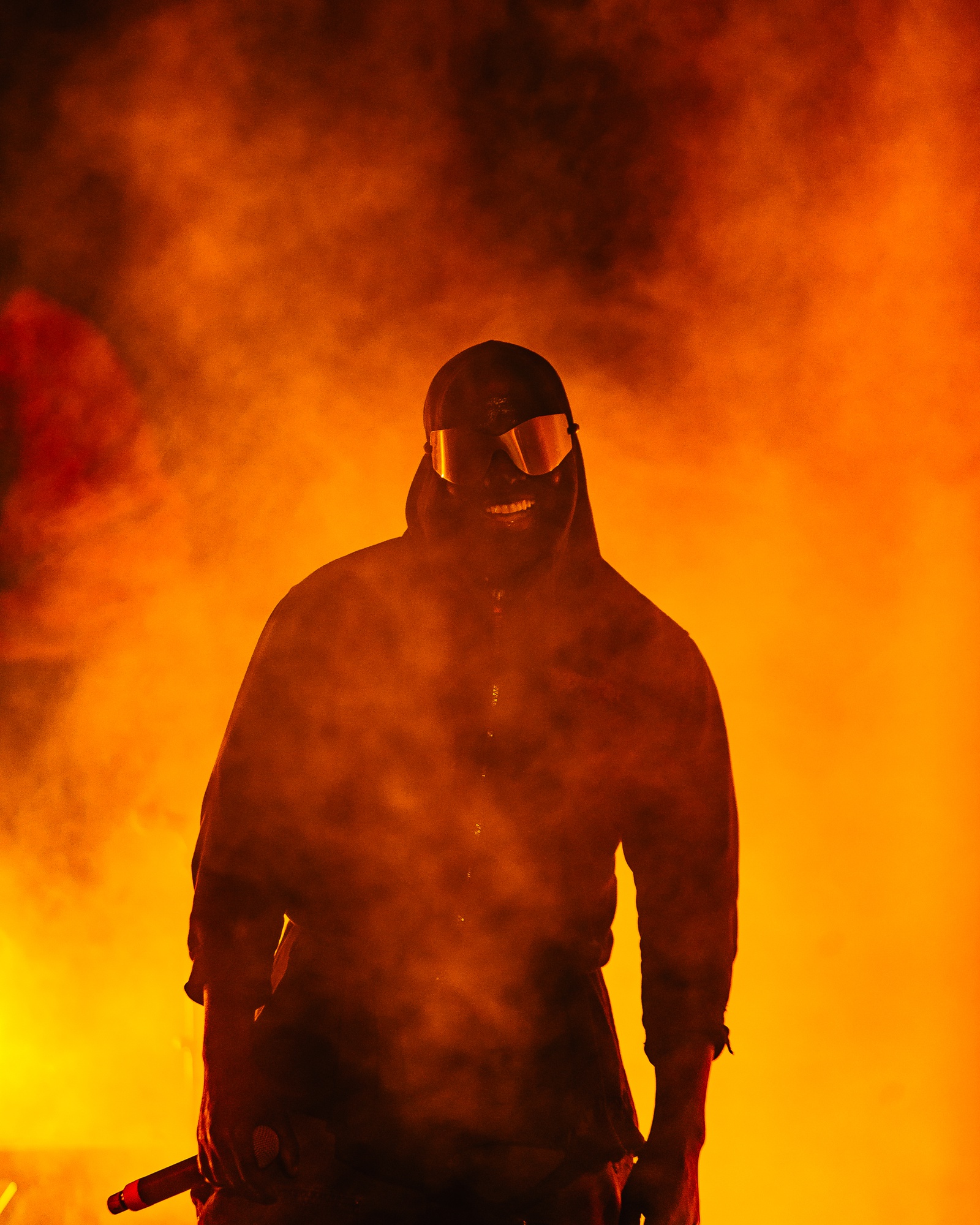 This year’s Rolling Loud festival proved contentious before it even began. Headliner Kanye West’s decision to drop out a week prior to the show’s onset left many fans disappointed but not surprised — he had done the same ahead of his scheduled headlining set at this year’s Coachella, afterall. The bigger shock came from the festival’s decision to tap Kid Cudi as the replacement act, as it’s no secret that the two have been publicly beefing since February 2022. 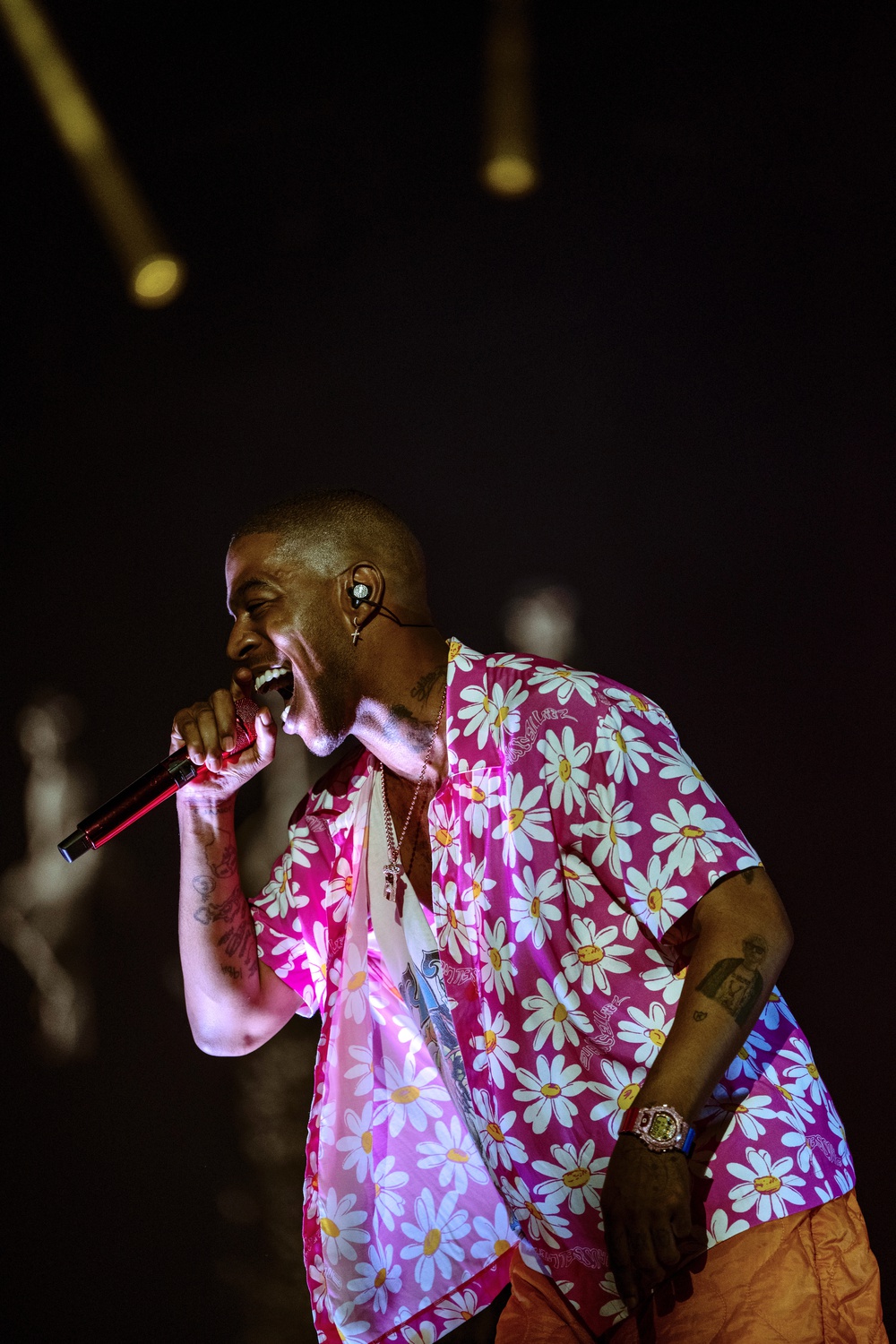 The last-minute lineup change had a lot of people heated. The decision, in fact, was so controversial that festival organizers soon had to issue a statement explaining that they did not take the decision “lightly” given that this was “the first time a headliner has ever [pulled out]” of Rolling Loud. Ye fans were pressed to find out their expensive tickets were non-refundable, and Cudi fans were also left upset that they couldn’t secure those same expensive tickets this late in the game.

Things only grew more complicated as day one of the three day hip hop festival winded down.

Immediately after Playboi Carti’s performance ended, a big portion of the crowd dissipated from the main Ciroc stage. Some left the festival entirely to beat the traffic home, too exhausted after Carti’s legendary mosh pits. Some dashed over to see Lil Durk headline the adjacent GoPuff stage. And some Ye fans could be heard leaving out of protest for their fickle idol. With festival goers steadily trickling out only minutes before Kid Cudi’s call-time, an uneasy feeling settled over Hard Rock stadium.

The tense atmosphere was palpable.

Still, Cudi went out on stage with a positive, undefeated attitude. In performing “Down and Out,” he started off energetically, with triumphant screams of “Ha ha ha!” and “Yeah motherfucker what up?” Those gave way to calls of “Y’all came to see me?” acknowledging the whole headliner-swap situation — not in a defeatist way, but rather with a confidence that he could deliver a great performance in spite of the multiple factors working against him.

In the grand scheme of his set, Cudi seemed like he was having fun and vibing with the Miami crowd. The festival goers could be heard chanting Cudi’s name after he called to “get this party started,” to the beat of “Revofev,” while stomping around the stage. His energy was infectious and the audience was definitely receptive to his charms for the first half of the set.

But it was during the verse of “Marijuana” where things went horribly south. The soft melodies in the outro were overpowered by the shouts of a boisterous crowd starting to get rowdy. Just before the song could end with the lyric “Trust me, it’s gon be okay,” Cudi was hit in the face by a half-full water bottle. The crowd let out a collective gasp, bracing for the impact they knew was bound to come.

“If y’all throw one more fucking thing up here, I will leave,” Cudi promised, unveiling his frustration at what appeared to be an uncommon occurence that night. “You will ruin it for everybody,” he said, calling to the fact that unlike the people who were throwing things, the majority of the audience was indeed enjoying the set as much as Cudi himself was up until this point. It was a promise he kept after someone threw another item, prompting him to walk off without any hesitation. Immediately, screams of denial and disappointment followed, along with many chants of “Cudi!” begging him to come back. True to his word, Cudi had left for good.

Many people blamed the Miami crowd after the fact, due to how fast they switched up from being supportive to being a nightmare. But in reality, the majority of the audience were genuinely enjoying the performance, and all it took was two trolls to “ruin” it for everybody.

Thus Cudi’s concert was over barely 20 minutes after it began. Half an hour later, Lil Durk brought out West. 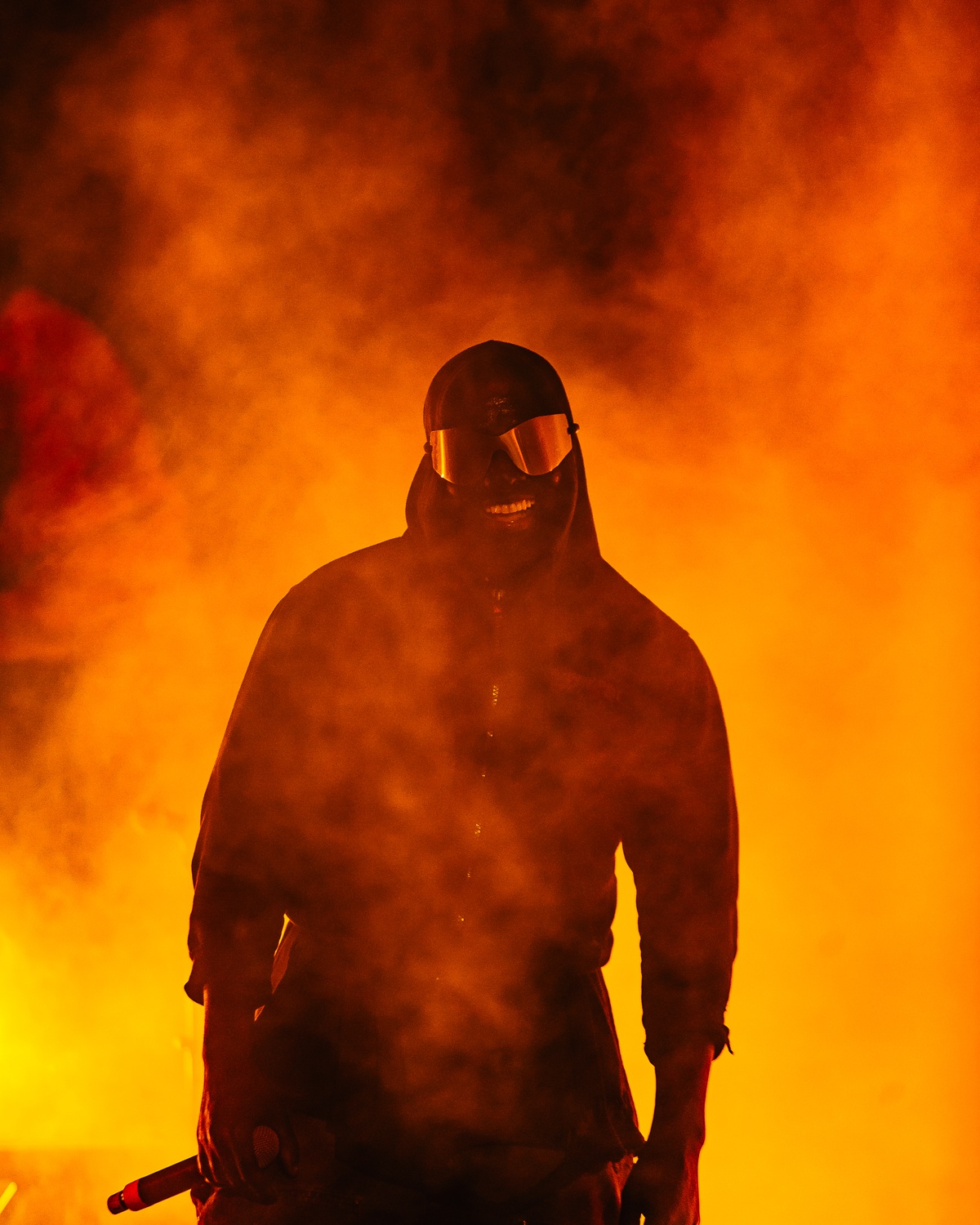 At first glance, this seemed like a regular, scheduled appearance. The festival must have been in the know about it — they were the first to tweet it out. Lil Durk and Kanye have two songs together and they’re both from Chicago, so it’s not a stretch for Durk to bring him on as a special guest in the middle of performing “Hot Shit.”

When Kanye went on to perform “Father Stretch My Hands, Pt. 1” however, the performance started to seem fishy. Not only is Lil Durk nowhere to be found on that track, but it is also one of the many songs Ye has featuring none other than Kid Cudi. With this cameo being so suspiciously well-timed, it definitely came across like a last-minute decision to rub the salt onto Cudi’s fresh wound.

Kanye’s surprise performance was especially suspect given that the festival did not disclose the reason for his sudden dropping out, only that it was “for reasons out of [their] control.” Speculations for his dropping out of the festival were that the festival didn’t allow him to bring out Travis Scott — a line of reasoning which seems dubious at best, since Future would bring Scott out on Saturday.

It would seem that Kid Cudi was set up for failure — both by West and the festival itself — which fated his performance to be a disappointment for many. The biggest slap in the face was to the real Cudi fans spectating, but considering that he was announced as headliner with only five days of advance notice, perhaps there weren't that many of them in the crowd to begin with.