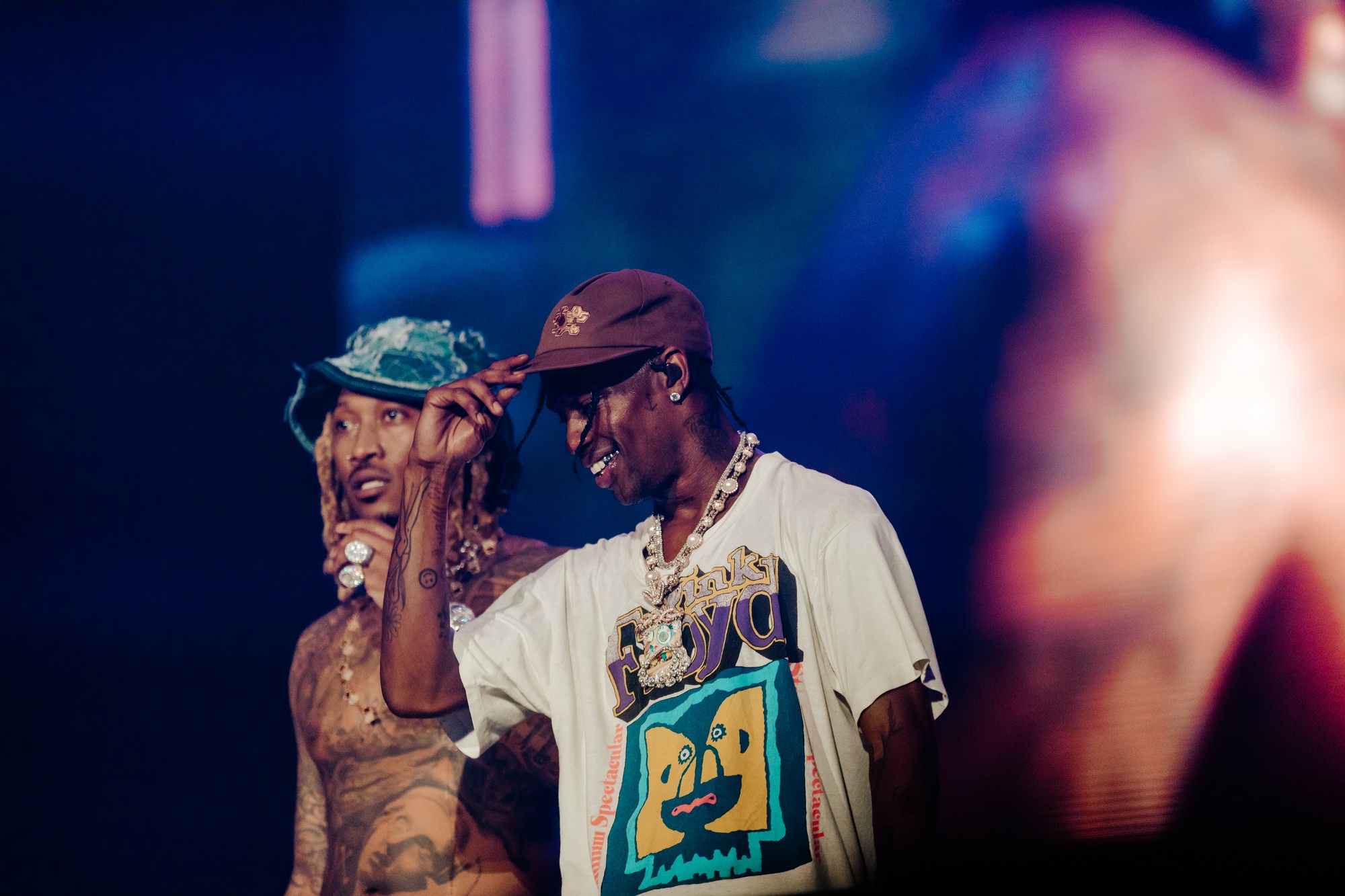 The second night of Rolling Loud began with a prediction from Future: “This might be one of the craziest Rolling Louds I have ever been a part of.” Indeed, the rapper would go on to headline an unforgettable night in Sky-ami — and his performance would single-handedly change the course of the many more to come. 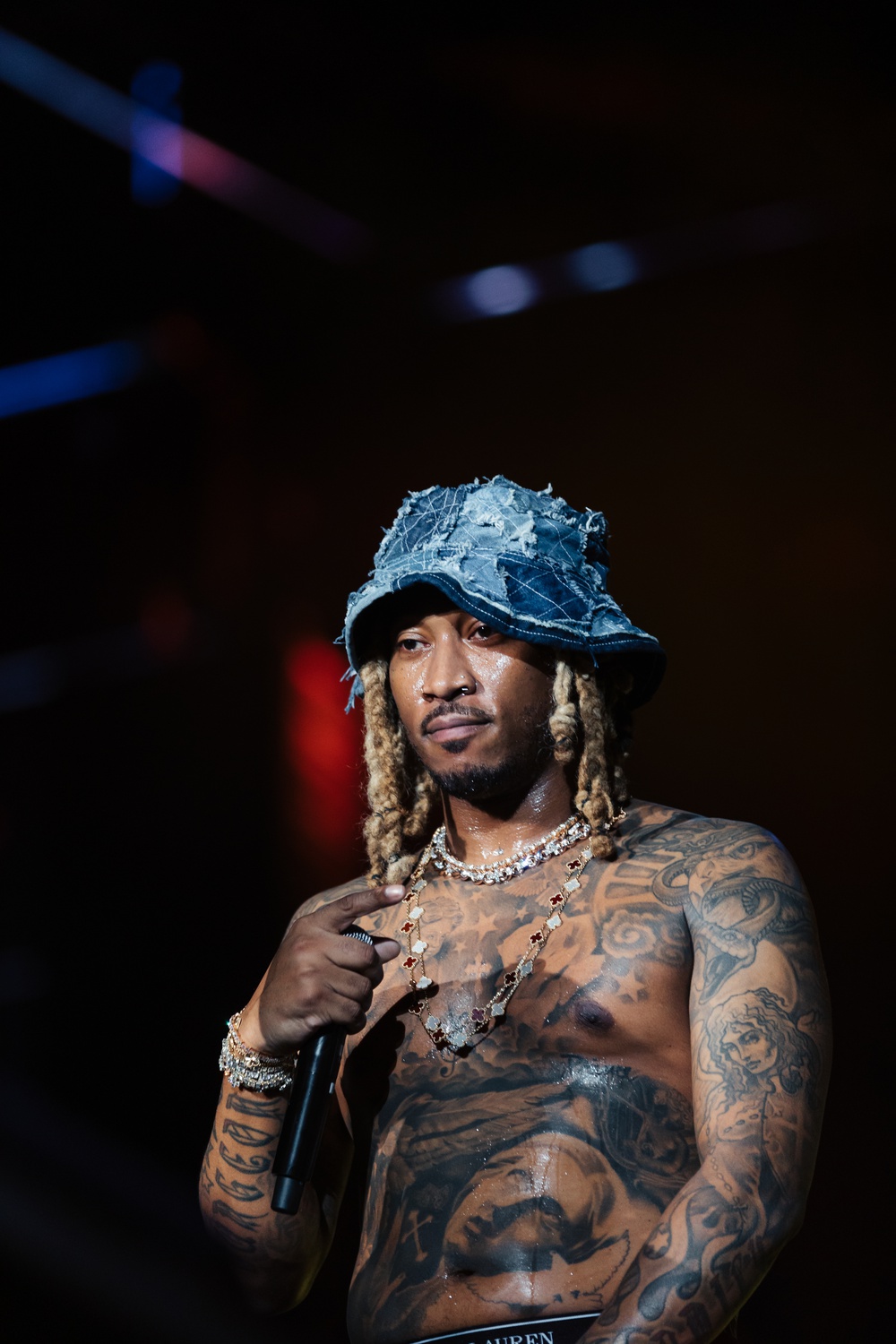 Future steps out on the Rolling Loud stage with a denim bucket hat. By Courtesy of Rolling Loud / @itchyeyephotos

The festival’s energy went through the roof as soon as Future’s set began. The Atlanta rapper, who also calls himself Future Hendrix, dove right into the heat of his discography with “Stick Talk.” “Let me see if Miami in the building,” DJ and hype man DJ ESCO exclaimed in an effort to excite the crowd, getting them ready for bops like “Bugatti” and “Me or Sum” from Florida-natives Ace Hood and Nardo Wick, respectively. For someone who has been performing on stage for more than ten years, Future wasn’t slacking in the entertainment department. He was enthusiastic and genuinely engaged, getting the crowd involved and setting a good pace for the hour-long concert.

“I gotta free my twin. Sing y’all, we gotta get Thugger to hear this shit,” Future said before diving into Young Thug’s “Relationship,” advocating for the nationwide “Free YSL” movement (which had a big festival presence) in support of Young Thug and other artists on his label YSL Records. As a matter of fact, a significant portion of his setlist was dedicated to covering fellow rappers. From playing Lil Wayne’s entire verse on “Love Me,” to getting the crowd to put up their L’s for Weeknd’s verse on “Low Life,” to letting Tems’ sweet vocals echo throughout Hard Rock Stadium on “Wait For U,” Future didn’t hesitate to share the limelight with previous collaborators.

The headliner also didn’t shy away from single covers including Gunna’s “pushin P,” A$AP Ferg’s “New Level,” and Lil Durk’s “AHHH HA,” which he brought out Durk himself to perform. Future was content to hang back for the next couple of tracks, giving the Chicago rapper the chance to perform “Hellcats & Trackhawks” before the pair were joined by Real Boston Richey for “Keep Dissin 2.” It’s important to note that Future is not a collaborator on either of these tracks, but that didn’t stop him from sharing his Rolling Loud stage as a platform for acknowledging and uplifting the young talent in rap throughout his set. 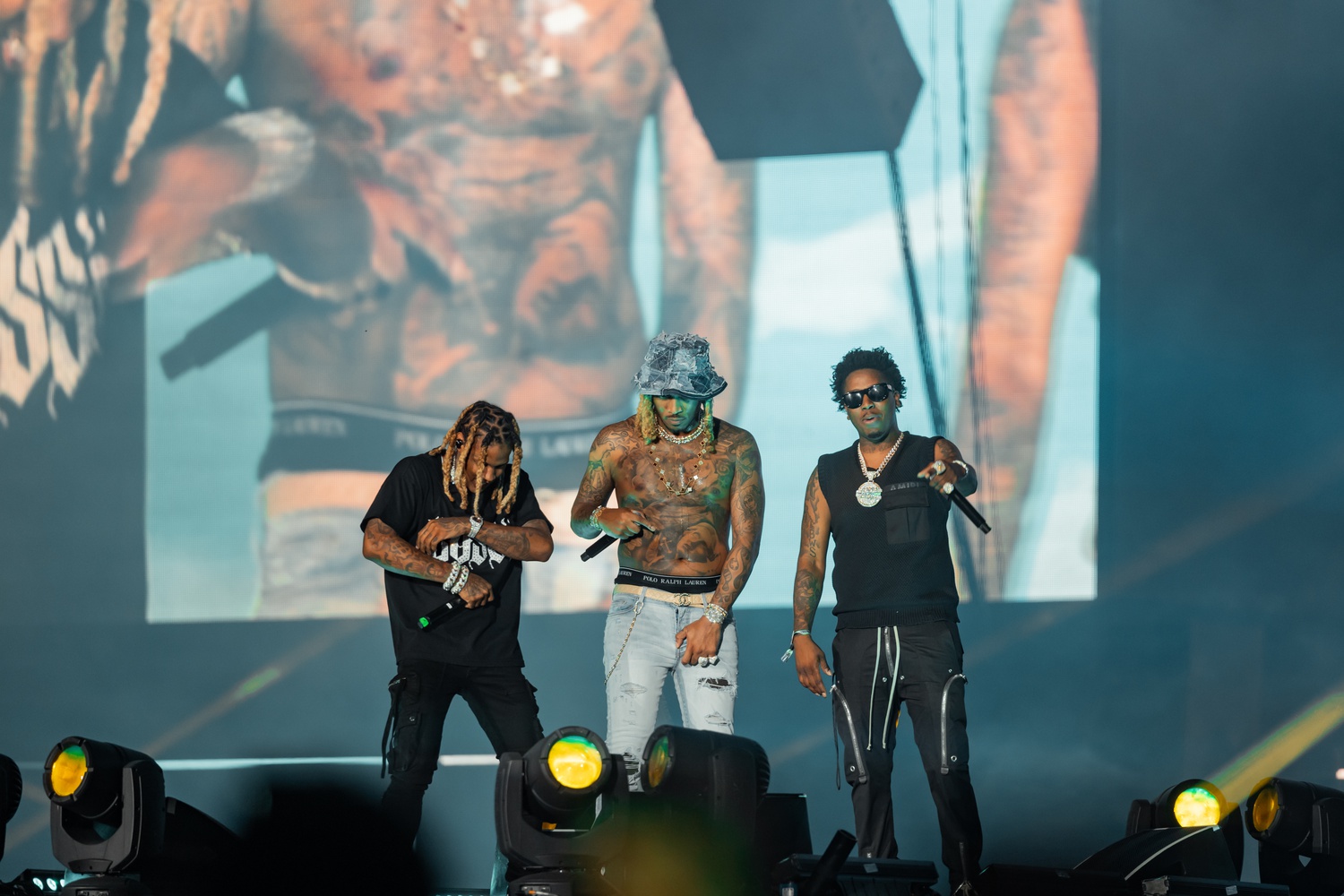 A prime example of Future’s influence in the rap industry came to light when he brought out Travis Scott during his set. Following the controversial Astroworld tragedy in which 10 festival goers died and over 4,900 were injured during Scott’s performance, the rapper (and festival planners) faced plenty of criticism for his failure to intervene while attendees were calling for help. The result for Scott was a months-long period of no concerts, festivals, or guest appearances. Whether this performance hiatus was self-imposed or not, Future welcomed him back onto the stage for the first time in eight months, reintroducing him into the world of live performance once again.

After being away for so long, the 31-year-old rapper gave an explosive return to the stage. Screaming in pure excitement and bouncing around the stage with an infectious enthusiasm, Scott even had Future himself letting out a shocked “Sheesh!” With the way he was radiating unbridled energy the whole time, it was clear to any onlookers that Scott had missed performing, and that now that he had returned for a night, he was right back in his element.

Despite the controversy still surrounding the rapper post-Astroworld, Scott was backed-up by the festival organizers, who issued a statement that no, Scott was never banned from performing at the festival despite rumors otherwise. On the contrary, he was invited to headline but the timing didn’t work out.

Not only did the festival give Scott the chance to return to the stage, Future also shared a huge chunk of his time in the spotlight on stage with the Houston rapper. Scott performed a total of five songs back to back. Three of these didn’t include Future, who seemed content to sit back and just support Scott, often hyping him up with motivational phrases like “Man do that shit you do,” “Go off some more,” and “Like you never left.” This was a testament to Future’s selflessness — a statement of his power and humbleness as he works to uplift an entire generation of young artists.

Future lived up to the phrase ‘real recognize real’ on Saturday. 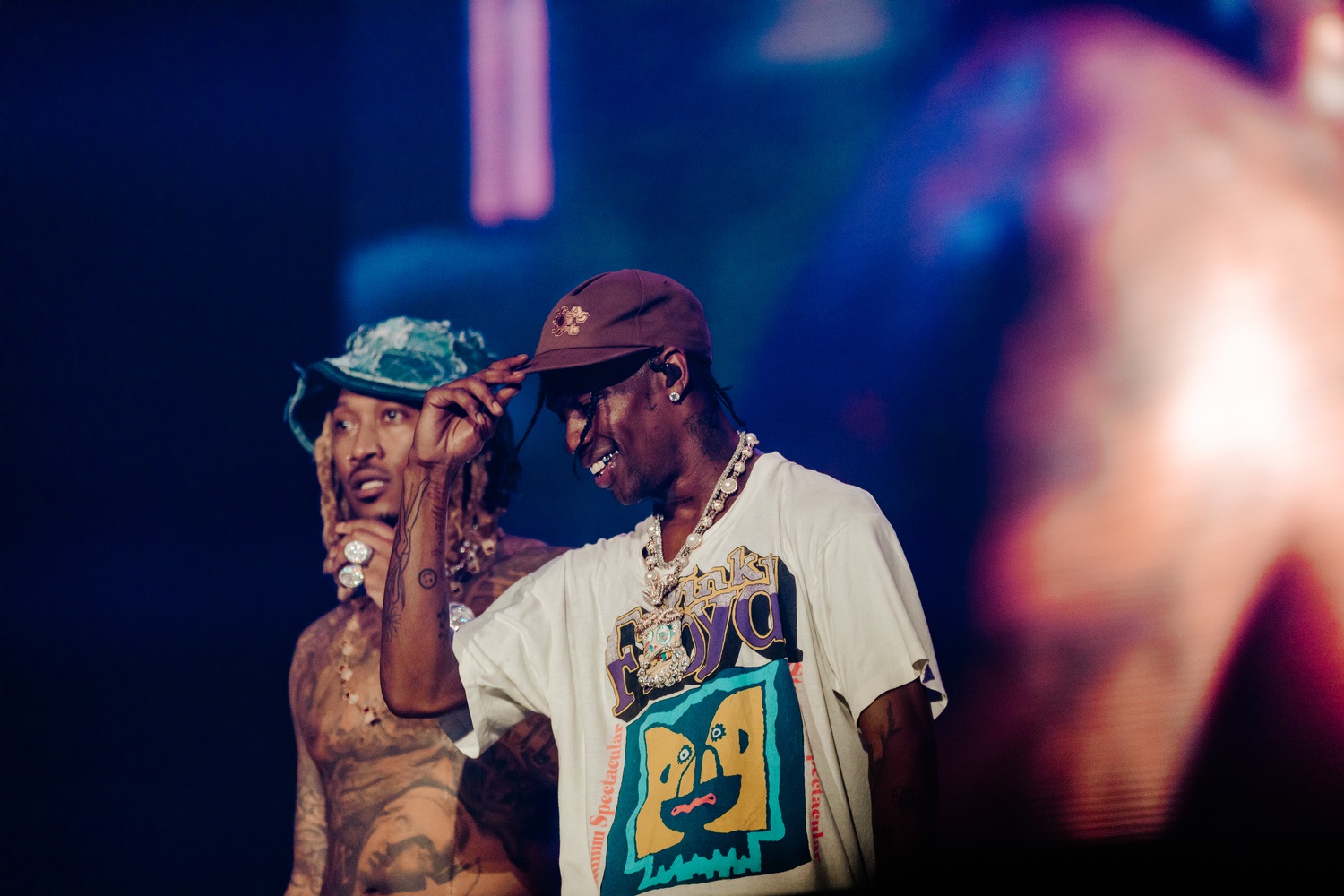 That’s not to say he didn’t dedicate some quality time to his own music. His setlist included a variety of songs showcasing different albums, like “Stick Talk” from 2015’s “DS2” and “Wicked” from 2016’s “Purple Reign.” And while he didn’t shy away from throwbacks, a majority of Future’s songs were off his newly released album “I NEVER LIKED YOU.” Hits like “WORST DAY” and “LOVE YOU BETTER” from the 2022 album were popular with the crowd, even though the album came out only two months prior to the show. If that wasn’t impressive enough, Future got the crowd lit again and again, hit after hit, for an hour straight, establishing himself as an artist who’s discography is filled to the brim with chart-toppers.

With this performance, Future proved he is an artist in full control, one who knows how to give the crowd exactly what they want in a setlist jam packed with hits from start to finish. Not only that, the rapper also cemented himself as an icon for the culture, showing that he respects his fellow rappers and would ride for them through thick and thin. On top of that, by highlighting the young talent in the rap scene and providing a space for them to continue performing, Future fulfilled his prediction that everyone will remember Rolling Loud 2022.