From Rolling Loud Miami: Kendrick Lamar Creates His Own Narrative 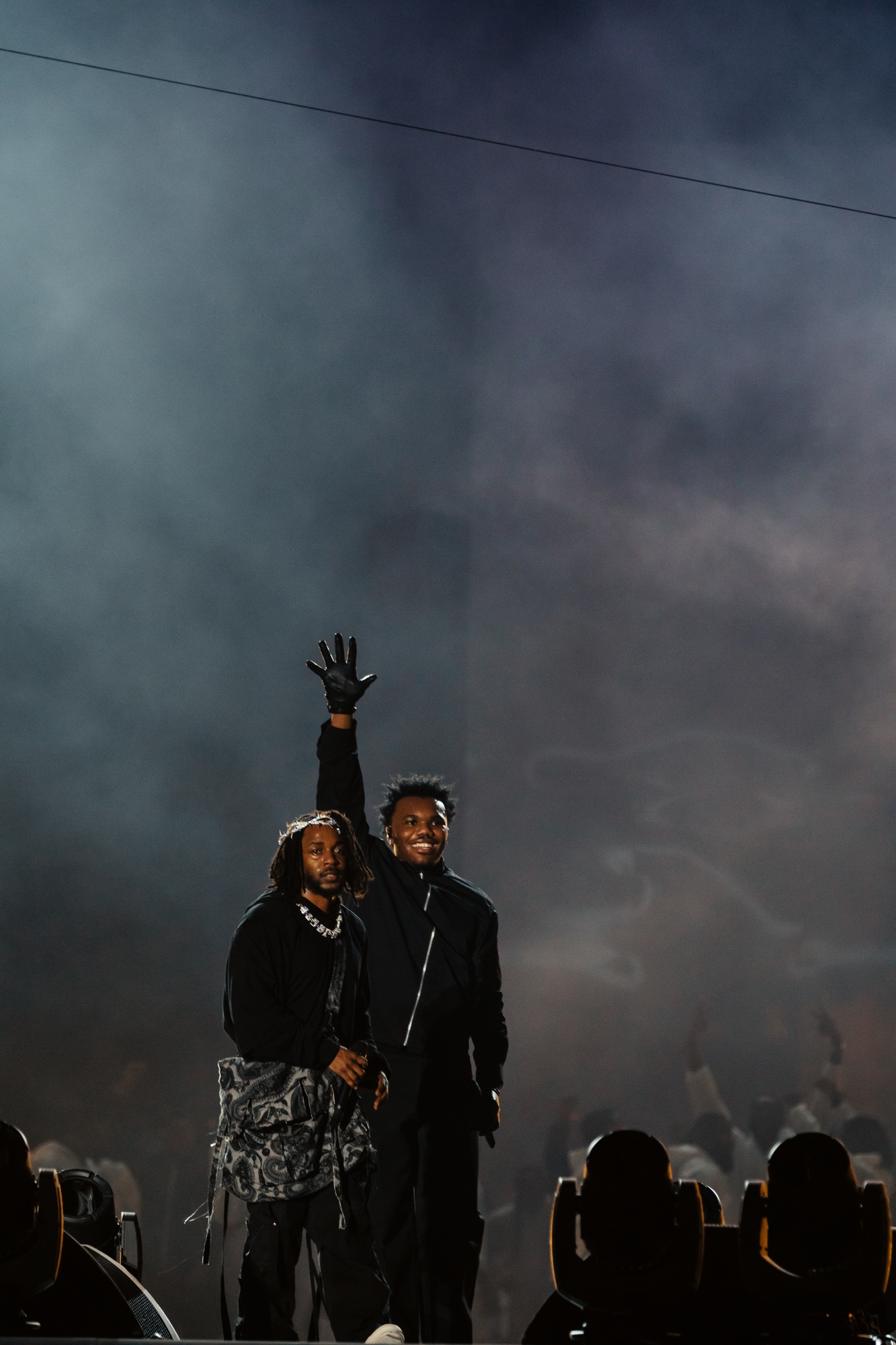 Few musicians are as dedicated to putting on a show as Kendrick Lamar proved himself to be at Rolling Loud Miami this past weekend. The 35-year-old rapper from Compton closed out the three-day festival with a cinematic bang of a setlist, weaving a cohesive narrative through both his acting and rapping. Simply put, Lamar delivered a once in a lifetime, truly unforgettable show for Miami on Sunday. 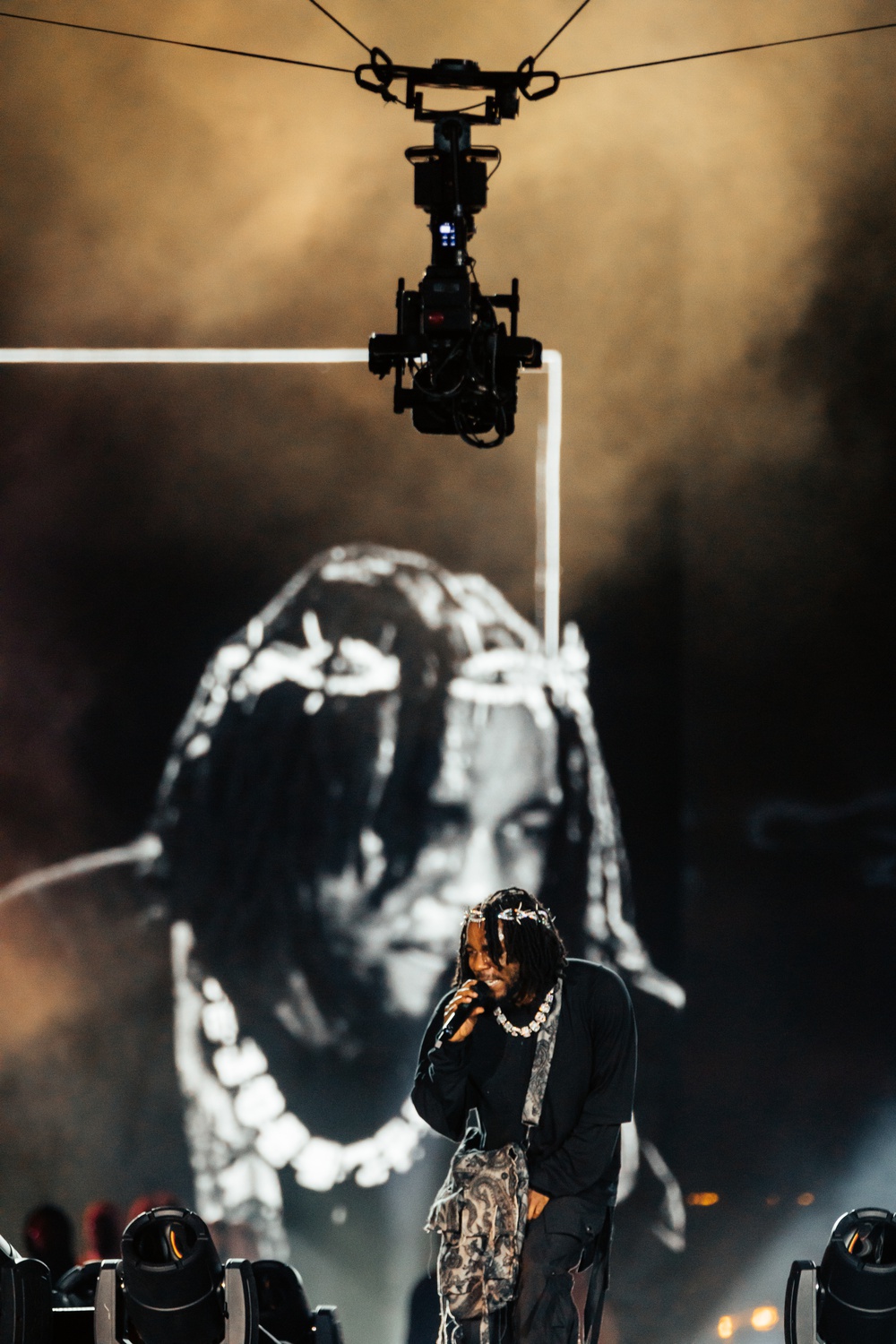 Wearing a crown of thorns, Lamar stepped out on stage as the visual embodiment of his 2022 album “Mr. Morale & The Big Steppers.” The costume was a reference to his latest album’s artwork and represents a study in religious imagery and artistic depictions of “hood philosophies,” according to creative collaborator Dave Free. Despite these larger than life allusions, Lamar’s lyrics made it clear that his persona was a mimetic allegory for his personal struggle and perseverance rather than personification of a savior figure. In performing songs like “Savior,” for example, Lamar points out that great artists — J.Cole, Future, and himself — are just human. “The cat is out the bag, I am not your savior / I find it just as difficult to love thy neighbors,” the rapper told Miami with accompanying vocals from Baby Keem and Sam Dew, calling out those who hold him up to God-like standards.

As the concert kicked off with “N95,” the stage flooded with backup dancers clothed in jumpsuits and face masks — a nod to the Covid-related tropes in the song’s lyrics. Lamar himself took part in the acting, guiding the audience like an orchestral conductor during the introductory lines “Hello, new world, all the boys and girls / I got some true stories to tell.” The choreographed stage continued to act like a living, breathing extension of his lyrics, as the dancers marched to “N95”’s lyrics “You steppin' or what?;” moshed on stage for the chorus of “m.A.A.d city;” and stood still to the melody of “ELEMENT,” closing in all around Lamar like the crowd of haters he’s rapping about.

Every aspect of his stage design contributed to the narrative, down to the LED display, which illustrated transition slides for “Kendrick Have A Dream” into “Backseat Freestyle,” “Rich Spirit, Broke Phone” into “Rich Spirit,” and “Compton, USA” into “m.A.A.d city.” The live camera feed displayed behind him, shot from multiple angles with a movie-like sepia filter, cutting in and out to the beat, only further contributed to the cinematic, audio-visual experience of Lamar’s set. These displays served to both structure the set chronologically as well as to get the audience hyped up before the next song’s beat drop.

The technicality of Lamar’s rapping amazed the crowd, who watched in awe as the multiple Grammy award-winning artist effortlessly switched between tracks, taking no time for a breather between the breakneck flows in “King Kunta” and “LOYALTY,” for example.

The high energy of his delivery was matched by the crowd, with multiple mosh pits forming to the deep thrum of 808s. The excitement escalated when Lamar brought out Kodak Black to perform their song “Silent Hill.” The crowd went wild at the sight of these two legends on the same stage for the first time ever — especially since Black is a South Florida native. Crucially, the performance also came after Lamar faced backlash from some fans for including Black on the album in light of the rapper’s rape and sexual assault charges that resulted from a 2021 sexual assault case and subsequent plea deal. (Black was later granted commutation by then-president Donald Trump.)

Still, Lamar made sure to make the rapper feel welcomed, even getting him to do a couple of dance moves to the chorus.

That wasn’t the last guest appearance Sunday’s crowd saw; “Everybody! Energy!” shouted Lamar’s cousin Baby Keem as he returned to the stage to perform “Family Ties” for the second time that day. Many speculations were circulating throughout the day that Lamar would bring out his cousin and touring partner. The anxious crowd got exactly what they wanted in an explosive performance that proved why the song took home the trophy for Best Rap Performance at the 64th Grammy Awards. 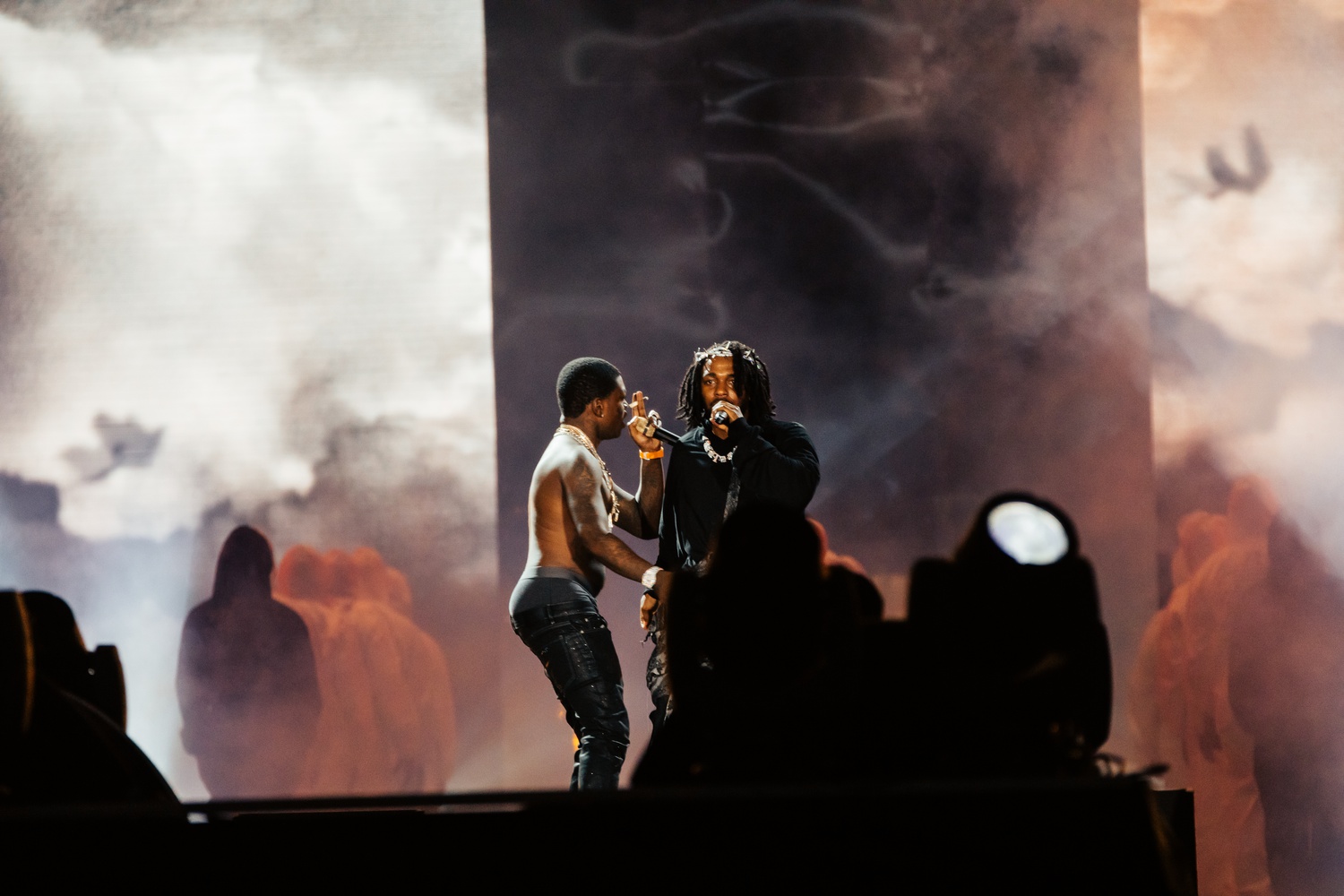 “I go by the name of K.Dot, Kendrick Lamar, Oklama. I love y’all,” Lamar said at one point.

Switching between the personas of past albums, Lamar executed a musically chronological performance that represented his journey and growth as an artist. While K.Dot from 2017’s “DAMN.” focuses on spitting bars to prove his ambition and represent the hood youth of Compton through songs like “HUMBLE.,” Kung Fu Kenny from “To Pimp A Butterfly” is a more lyrically sensitive rapper who takes his time to capture the poetry in “Alright.” The majority of his Rolling Loud set was spent in the character of the big stepper, who has the wisdom and experience to know his limits and work on his flaws —Like in “Count Me Out,” where Lamar’s ruminations come to light in lyrics “Even my strong points couldn't survive / If I didn't learn to love myself.” 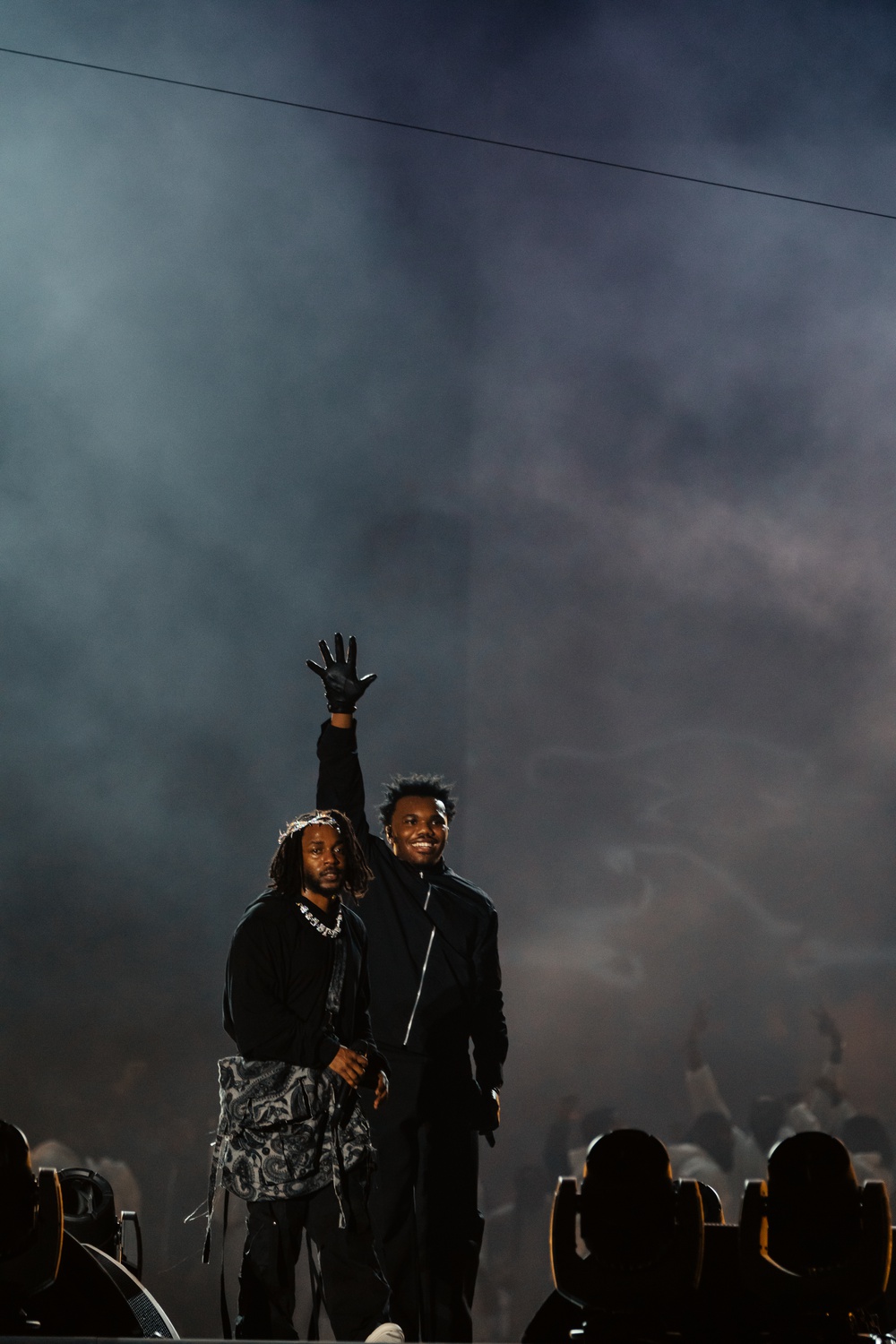 There are great musicians, and there are great performers. With this performance, Kendrick Lamar proved himself to be both. As he left the stage, his crowd of backup dancers parted for him like the Red Sea — not out of biblical reverence, but out of respect for his artistic genius.