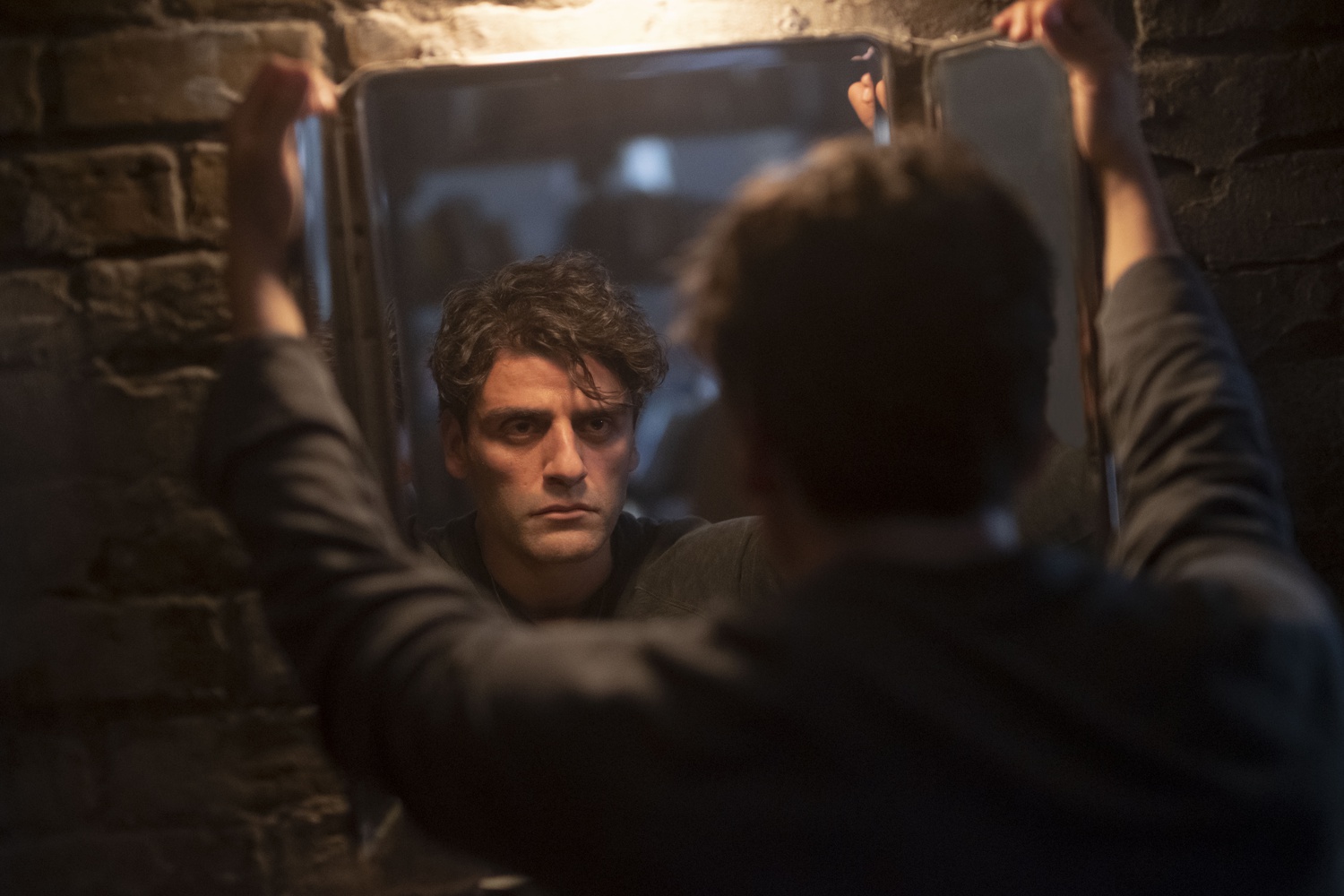 Warning: This review contains spoilers for the first episode of “Moon Knight” on Disney+.

Every morning, Steven Grant (Oscar Isaac) wakes up before work, greets his goldfish with some lighthearted remarks, and heads out into the lively bustle of London, where he is a gift shop employee at an Egyptian museum. Amid Steven’s morning routine, however, it becomes startlingly clear that he sleeps with his ankle chained to a pole in his apartment and that he must undo an unusually large amount of locks on his door before he can go anywhere. There is evidently more than meets the eye when it comes to his role as the main character of Marvel Studios’ “Moon Knight.” The new show had its first episode premiere on March 30, and will have episodes premiering weekly.

The unsettling aura surrounding Steven can perhaps be attributed to the fact that he isn’t really Steven at all. In the Marvel Comics, the character of Moon Knight has multiple personalities. His “core” personality belongs to an American mercenary named Marc Spector, while Steven Grant is an alternate personality that he later develops. Nevertheless, we begin the first episode of the television series in the company of Steven, who is characterized on the surface as an eccentric man living in London — he’s a little rough around the edges and maybe knows a bit too much about Egyptian gods. But if there was any stability to this life, it comes apart rather quickly.

The episode spends most of its runtime tracking Steven’s ghastly bewilderment with his very malleable reality, creating a commensurate amount of confusion for the viewer as it continues. Its willingness to lean into ambiguity, though, is its best decision; the episode does a masterful job of ensuring that neither Steven nor the viewer knows what’s real in its many hallucinatory sequences, and Oscar Isaac delivers a convincing combination of surprise, craze, and fright in Steven’s expressions.

One of the episode’s great strengths is the way that it establishes the fluidity between Steven’s reality and his dreams. During what initially appears to be a dream sequence, Steven finds himself in the Alps and comes upon a crowd gathered around a character named Arthur (Ethan Hawke). Arthur also happens to be the lone character featured in the first scene of the episode, and his apparent importance is further established by the agency he exercises in Steven’s dream. Arthur and several others begin to pursue Steven for an Ancient Egyptian artifact he possesses, and Arthur’s role, seemingly grounded in reality, begins to beg the question of whether this is really a dream at all.

The episode’s camerawork often exhibits a laser focus on Steven’s facial expressions, helping to illuminate his ever-growing hesitancy. As such, there is a certain visual technique prevalent during the aforementioned sequence that creates a sudden haunting effect each time it is used. Whenever Steven is about to be apprehended by those chasing him, the camera zooms in on his panicked face and shutters as he seems to lose consciousness. When he regains consciousness, it zooms back out, as an astonished Steven realizes that he has resolved the situation with extreme violence. It is implied that these instances involve Marc taking over the body, and this notion is supported by the fact that a booming voice speaks to Steven throughout the sequence and calls him by the name Marc. The duality between these personalities craftily complicates Steven’s already-difficult task of deciphering what’s a dream and what isn’t.

The episode makes clever use of mirrors as another way of driving home the severity of Steven’s condition. During one scene that takes place in Steven’s apartment, he begins to hear a voice that he traces to his bathroom mirror. Though he doesn’t find anything at first, his bewilderment is soon met with seeming disgust from the man who looks back at him; his reflection is portrayed as its own person, implied to be Marc, who displays his own expressions, free of Steven. The dissonance established by this dynamic, as well as the continued uncertainty surrounding Steven’s hallucinations, communicates just how big a rift exists between these two personalities.

At the end of the episode, Steven finds himself being pursued by a towering creature in the museum where he works, and he is eventually trapped in a bathroom. As Marc peers at Steven through the bathroom mirror, the difference between them becomes apparent; Steven shakes violently and his pale visage exudes a sense of horror, whereas Marc’s gaze is one of eternal resolve. “You’re not gonna die,” Marc assures Steven, “let me save us.”

The sequence that ensues is perhaps the most perplexing of the episode, but given the precedent, it feels like the only natural conclusion. Steven allows himself to be consumed by Marc’s will, and the result is the decidedly brutal arrival of Marc and Steven’s superhero alter ego: Moon Knight. Presumably summoned by some supernatural force, Moon Knight powerfully pummels the creature that was chasing Steven, likely staining his own pristine white suit with a fresh coat of blood. Alas, it appears that life for Steven and Marc will become more confusing yet.