'Élan' Retrospective: Nightwish Have a Laugh at the Orthodox 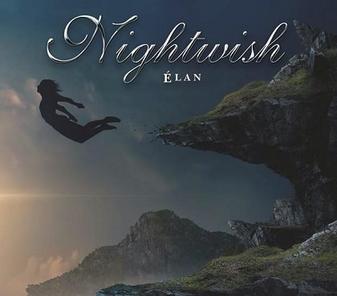 “Write a lyric for the song only you can understand,” Finnish symphonic metal band Nightwish sings in their 2015 single “Élan.” An ode to the endless possibilities of existence, this song invites the listener to write their own song of life by finding their individual key to happiness without being held back by others’ norms or opinions. Even seven years after the song’s initial release, its timeless message lives on: What better time to celebrate life than right now?

Nightwish is well known for fusing female operatic vocals of lead singer Floor Jansen with symphonic and folk instruments. This epic, theatrical atmosphere fortifies their complex, poetic lyrics that explore a variety of themes like fantasy, mythology, artistry, personal struggles, and human nature. “Élan” is a single from the band’s eighth album “Endless Forms Most Beautiful” which celebrates the beauty of existence, science, and reason. Less heavy than most of their tracks, both sonically and lyrically, the track can be categorized as folk-rock rather than metal.

The song starts with solitary uilleann pipes, the national bagpipe of Ireland, that introduce the song’s folk fantasy melody. Shortly after, guitars and percussion set in to form Nightwish’s signature sound. The second verse ends with the lyrics, “The cliffs unjumped, cold waters untouched / The elsewhere creatures yet unseen / Finally your number came up, freefall awaits the brave.” Nightwish conjures images of all the things the listener has yet to try in life, the things they have left unjumped, untouched, unseen. With lines like “freefall awaits the brave,” the lyrics simultaneously hint at the risks and rewards of leaving the safe harbor. This idea is reinforced by Floor’s breathy, playful melodic line that makes the listener want to jump up and dance.

The chorus adds male background vocals and fuller instrumentation as Floor sings, “Come, surf the clouds!” By now, the listener is already up and dancing to this unusually upbeat tune. Tuomas Holopainen’s brilliant songwriting shows when Floor invites the listener into the world of the song, “Meet me where the cliff greets the sea,” a reference to the earlier lyrics of “cliffs unjumped” and “waters untouched.” The song thus first hints at the listener’s unlived experiences before it explicitly calls on them to join Nightwish on their quest to seek out everything life has to offer.

Through the rest of the song, the intensity only increases. Two subsequent key changes in the bridge and the final chorus inject energy by raising it higher and higher, consistent with the idea that there is no limit to what people can do. The bridge, along with an addicting new melody, brings the liveliest lyrics of the song: “Riding hard every shooting star/Come to life, open mind, have a laugh at the orthodox/Come, drink deep let the dam of mind seep/Travel with great élan, dance a jig at the funeral, come!” “Come!” Nightwish sings, again and again. They want the listener to wish and dream big, to defy the norms of the orthodox. Although a tradition in other cultures, dancing a jig at a funeral is certainly not common in US (or Finnish) culture. These lyrics reveal the life-affirming meaning of the song: Precisely because we are only here for a short while, we should enjoy everything while it lasts. If we do not have to regret how we lived, then we do not have to fear death.