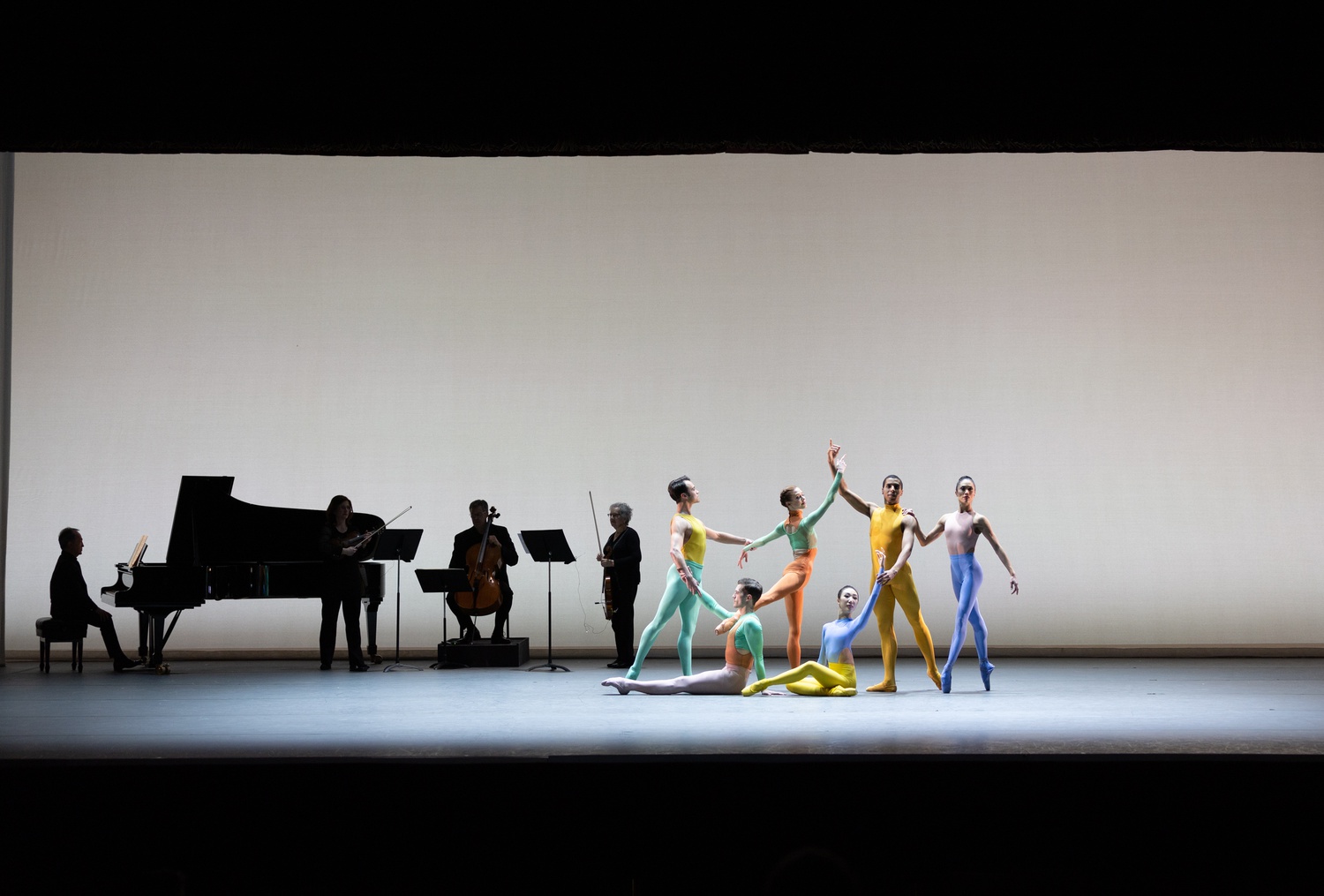 The curtain at the Citizens Bank Opera House rose on March 3rd for the first show of Boston Ballet’s program ChoreograpHER, which runs until March 13. The opening night featured five world premieres choreographed by female artists from a variety of creative fields, ranging from visual arts to modern dance.

The program featured a diverse set of ballet and dance styles, each representing different meanings.

“It was really amazing to see so many of my colleagues stepping into different styles of dance,” company dancer Schuyler C. Wijsen said in an interview about the program.

Melissa Toogood’s dance featured contemporary styles and techniques, a contrast to some of the other more classical pieces in the program.

Wijsen continued, “Watching Melissa’s ballet in the studio for the first time I was blown away, and I thought these are my colleagues; I take class with them every day and here they are doing these incredible things.”

For many of the performers and choreographers, the show was a long time coming. Another company dancer, Louise C. Hautefeuille, recounts the process of starting Lia Cirio’s piece, “Chaptered in Fragments,” two years ago during the pandemic:

“The 60 [or so] person company was divided into 5 or 6 different pods,” she recalled. “We were masked, and we relied on big screens in front of the room to connect each of the studios so we would have entire rehearsals over zoom. There were these big massive cameras in front of the room. And that’s how we started Lia’s piece.”

In fact, Hautefeuille learned the entire choreography of “Chaptered in Fragments” over Zoom. The piece is split into several parts, each highlighting different small groups of dancers, making it easier to safely create over the pandemic. One part seamlessly transforms into the next with help from creative lighting and music changes.

“I think that’s part of what inspired her piece ‘Chaptered in Fragments’ — the fact it was choreographed in fragments and different moments in time,” said Hautefeuille.

Dancers Hautefeuille and Wijsen both expressed their admiration for the choreographers, especially pulling off their work in such a challenging time.

“[Claudia] was so organized with her vision … It was really cool to see the whole thing being put together and how she would work with the dancers to make the movement she wanted but also fit each dancer’s personal artistry. I think that was my favorite part … seeing how she would adjust and how the dancers would adjust to make it a cohesive piece,” said Wijsen.

Hautefeuille described working with Cirio, who, as a principal dancer at the Boston Ballet, is also a colleague of Hautefeuille’s:

“Lia I have watched and admired for years and years now, and getting to know her better through this process has been amazing … She has this very distinct vision and mind that is really impressive to me … She knew exactly what she wanted and she knew the things to say to help us get to that place because she’s been in our position before.”

Hautefeuille adds, “[Lia] managed to find the right balance between choreographer and colleague, which I think is really hard.”

The Boston Ballet started the ChoreograpHER initiative in 2018 to celebrate female creators, who have been historically underrepresented in that side of the dance field.

In 2018 and 2019, ChoreograpHER performances were presented in BB@home, a series that took place in the Boston Ballet rehearsal studio with limited tickets for the general public. The initiative was set to debut at the Opera House in 2020, but it was delayed due to the Covid-19 pandemic. As a result, the current program featuring at the Opera House is the first time the initiative has taken the stage there.

Many have expressed appreciation and gratitude for the initiative.

“Ballet is such a women dominated artform that you would want and hope that women have an equal voice in more artistic leadership positions. Seeing that I’m in a company that really prioritizes giving a platform to those voices is amazing,” said Wijsen.

Not only has it pushed barriers on the artform, the initiative has helped open up a new realm of possibilities for many female artists.

“When Mikko first approached me [to choreograph a piece] I thought no, this isn’t what I do. But then he gave me total permission to fail and I thought, ‘I should try,’” said choreographer Melissa G. Toogood.

Hautefeuille said, “When I was watching the ChoreograpHER choreographers, I felt like it spoke to me a bit more because it was women only. I remember it being like `Oh. Maybe someday I could do this,’ and that was something special.”