Hasty Pudding Honors Jason Bateman as Man of the Year 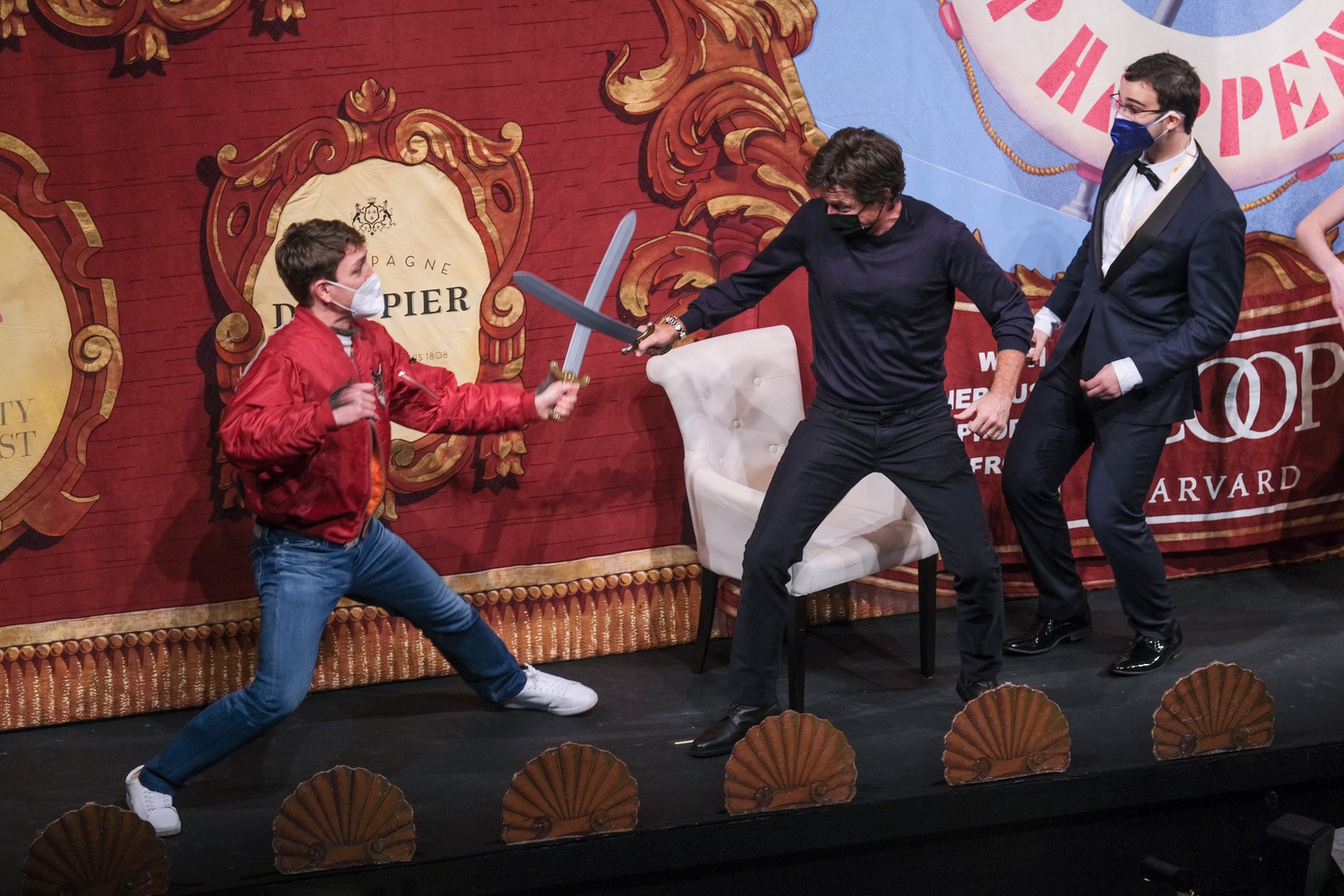 On the night of Feb. 3, the Hasty Pudding honored Emmy Award-winning actor, director, and producer Jason Bateman as the 2022 Man of the Year before previewing their new production “Ship Happens,” which premieres in full this month.

Every year, an actor and actress who have made “lasting and impressive contributions to the world of entertainment” receive the Hasty Pudding Theatricals’ Man and Woman of the Year awards. Hasty Pudding Theatricals — one of the oldest theater groups in the world that is run entirely by Harvard students — held individual ceremonies for their honorees, where they bestowed the Pudding Pot as a trophy. Jennifer Garner received the 2022 Woman of the Year award, who notably co-starred alongside Bateman in the 2007 film “Juno.”

The 2022 ceremony marks the first Man of the Year celebration in two years, as the event was cancelled in 2021 due to the COVID-19 pandemic — the only time in the organization’s over 50 year history when the Pudding Pot was not awarded.

The evening began with a roast of Bateman, in which the cast of the Pudding made jokes at the expense of his early childhood acting career. Later jokes targeted his broad oeuvre as an adult, including a rendition of “Eternal Flame” by the Bangles, which Bateman famously sang in the 2002 film “The Sweetest Thing.”

“Oh boy, that was big for me because I don’t even sing in the shower,” Bateman later said about the impromptu karaoke. “Singing that song in ‘The Sweetest Thing’ was probably the last time I did sing.”

For a portion of the roast, one student impersonated director Ron Howard, who voices the narrator in one of Bateman’s most famous shows “Arrested Development.” One of his co-stars from the show, Will Arnett, was also in attendance. Bateman and Arnett, along with comedian Sean Hayes, host the “SmartLess” podcast together, which won the iHeartRadio award for best comedy podcast that very evening.

Bateman’s other roles, including his voicing of Nick Wilde in the 2016 Disney film “Zootopia” as well as his most recent work as Martin Byrde in Netflix’s “Ozark,” were all available for ridicule. One of the roasters performed an impression of the “Zootopia” character Judy Hopps, while another impersonated Walter White from the television show “Breaking Bad” to challenge Bateman to a money laundering competition in reference to his role in “Ozark.”

Bateman ended the roast in a spangled bra — as Man of the Year recipients often do — stating that he felt “flattered, and grateful, and mortified, and oddly comfortable.”

Following the roast, Bateman and the Hasty Pudding held a press conference to discuss his projects and his experience as a Pudding Pot recipient. “It will be above the Emmy,” he responded when asked where the award will be displayed. Bateman added that he’ll “build a little stand for it.”

Shortly after the press conference, Bateman and the audience were treated to a twenty minute preview of the Hasty Pudding’s 2022 production “Ship Happens,” written by Maureen Clare ’24 and former Arts Chair Kalos K. Chu ’22-23. The show takes place in the 1980s and follows four eccentric characters invited aboard a cruise ship vacation by a mystery host.

“My manager Aleen Keshishian is a Harvard grad and she had been telling me for years about the Hasty Pudding,” Bateman said at the press conference when recalling how he found out he was receiving the Man of the Year award. He continued, “I didn’t think it was serious because truly, how does Harvard give an award to anyone who doesn’t have a high school diploma? So I thought it was a joke.”

“But I am really flattered to have been chosen and I am still trying to figure out why and how this happened,” Bateman added. Gesturing to the Pudding Pot, he stated, “This right here fills my soul.”

—Staff writer Julia Kennish can be reached at julia.kennish@thecrimson.com.