On Takeoff, Black Death, and Mourning 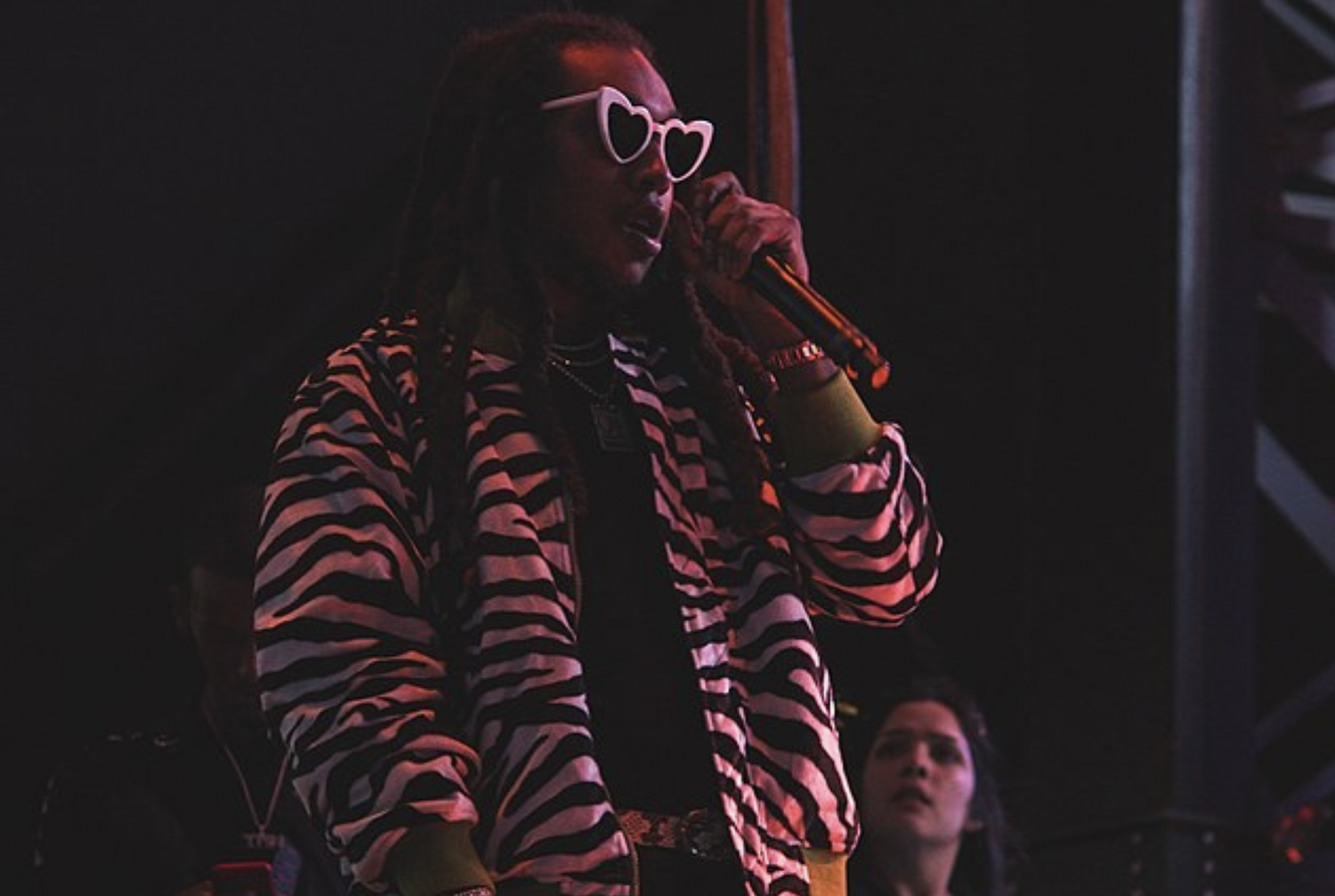 Takeoff, whose real name is Kirsnick Khari Ball, was the youngest member of the Georgia rap trio Migos. By Courtesy of The Come Up Show / Wikimedia Commons
By Christian A. Gines, Contributing Writer

lying in a grave yard

if they were playing

Death is all too common for Black folk. Black women, men, queer, non-binary, and trans folks too often don’t get to grow old in this world. Black people live within zones of disposability where our lives are too often treated as if they don’t matter. Being a Black person in America, we carry death with us. Death is all around us, and that’s what makes grieving even harder. Grieving never ends in a world that continually takes one’s loved ones prematurely.

Takeoff, whose real name is Kirsnick Khari Ball, was the youngest member of the Georgia rap trio Migos — along with his uncle Quavo (Quavious Keyate Marshall) and his cousin Offset (Kiari Kendrell Cephus). Together, they have triumphed in the rap industry for more than a decade. The group was formed in 2008, and they dropped their first mixtape, “Juug Season,” in 2011. On Nov. 1, Takeoff was fatally shot outside of a downtown bowling alley in Houston.

Takeoff’s death is a sure tragedy, but within Black history — and within Hip Hop history more specifically — this pattern of ever present death and violence isn't out of the ordinary. In recent years, there has been a seemingly endless list of rappers who were killed due to gun violence. Pop Smoke (Bashar Barakah Jackson), Young Dolph (Adolph Robert Thornton Jr), Nipsey Hussle (Airmiess Joseph Asghedom), and PnB Rock (Rakim Hasheem Allen) are just some of the that have recently been killed.

“Young Rich N*ggas” was my first introduction to Migos at a time when everyone around me was listening to Versace, Hannah Montanna, Bando, and Baker’s Man. I remember listening to “No Label II” with my friends in elementary school. We were probably too young to really be listening to Migos and understand the hard life lessons they were rapping about, but we did it anyways. We were running through our school’s gym and playground, rapping the lyrics to “Handsome and Wealthy,” “Freak No More,” “Contraband,” and “Antidote.”

As I went through middle school and high school, Migos began their ascent to superstardom with the release of “Culture,” which included hits, “T shirt,” “Slippery,” and the 2017 anthem “Bad and Boujee.” A year later, they followed it up with “Culture II,” which solidified their status as leaders of rap culture with chart-topping tracks including “Narcos,” “Walk It Talk it,” “Stir Fry,” and “Motorsport.”

Coming from the South, Migos was a part of the soundtrack to my life. As I grew up and matured, Migos grew in popularity. As they became leaders in the rap scene, their sound also matured. That is why Takeoff’s passing hit me and many in my generation so hard. We not only lost a rap icon, but we lost someone we had considered one of us.

I remember waking up the morning of Nov. 1 and listlessly scrolling through Twitter before I got ready to go to classes. Within minutes of being on Twitter, I saw multiple posts about Takeoff’s death and read speculations that the video of the murder was being circulated as well. That’s when I closed the app.

Black death is treated as a spectacle, especially in media. Whenever a high-profile celebrity dies, or when there’s yet another case of police brutality or other forms of anti-Black violence, videos of the event are spread around on social media like wildfire. Although the spread of information can be a valuable catalyst for change, oftentimes, social media exploits violence against Black people for clicks, enjoyment, or sadistic pleasure. People should be allowed to rest, mourn, and grieve in peace, and families shouldn’t have to be subjected to the repeated violence.

The concept of preventing death, especially while being prominent in the rap game, was ever present in the discussion following Takeoff’s death. This was especially relevant given that Migos have always taken their security seriously, even down to what they post online.

What’s even more ominous about Takeoff’s untimely death, however, is that about a week before, on Oct. 22, when Takeoff and Quavo were on the podcast Drink Champs, hosted by N.O.R.E and DJ EFN, Takeoff spoke about how he purposely avoids speaking about death. “I'm just a witness of manifestation… I've seen it, so I know the power of the tongue is powerful,” he said. “What you speak comes to existence. There's certain things you just don't say."

Looking back at it, the quote that hits me hardest is when Takeoff said, “Enough is enough, you know? I'm chill and I'm laid-back, but it's time to pop it. Time to give me my flowers, you know what I mean? I don't want them later on when I ain't here. I want them right now."

Both Quavo and Offset have since issued statements detailing their love for their cousin and nephew and how much he will be missed. Takeoff was a quiet but influential figure in the rap game, and although he had a reserved personality, his impact will stand the test of time.