‘Beautiful World, Where Are You’ Review: Rooney’s Third Novel Delivers a Timely Message About Hope 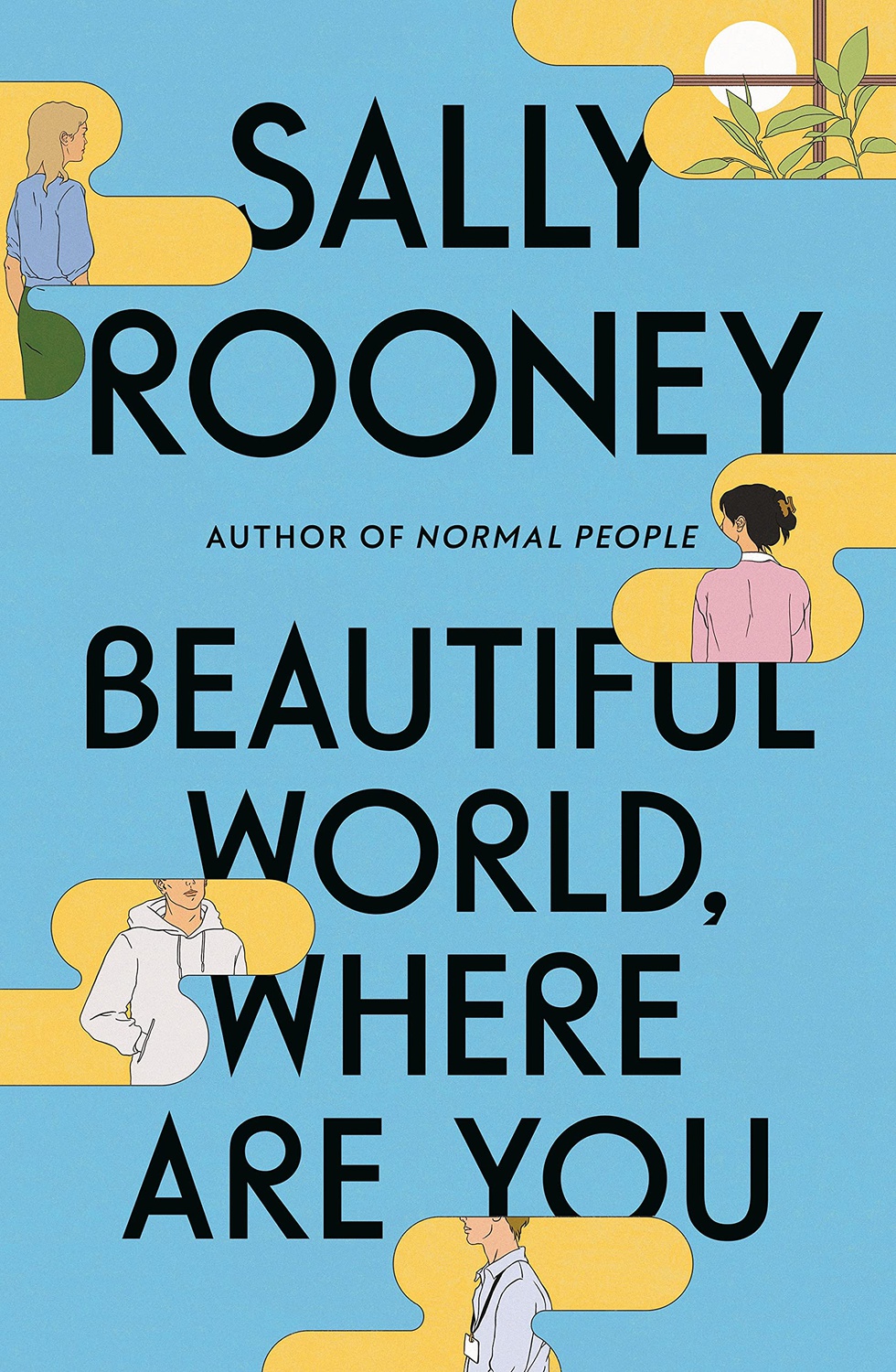 Cover for "Beautiful World, Where Are You," the third novel by acclaimed author, Sally Rooney. By Courtesy of Farrar, Straus and Giroux
By Sara Komatsu, Crimson Staff Writer

Dedicated fans of Sally Rooney, touted as the literary voice of the Millennial/Gen-Z generation, have, by now, largely learned what to expect from the inimitable young author. Like Rooney’s previous hit novels “Conversations With Friends” and “Normal People,” her third release “Beautiful World, Where Are You?” follow a familiar formula, featuring young adults embroiled in a convoluted friendship/love situationship. This time around, four individuals are involved: Alice, a writer, is romantically entangled with Felix, who works in a factory. Alice is best friends from college with Eileen, who is romantically entangled with Simon, a childhood friend and crush.

Some aspects of the repetitive story are more than acceptable — craved, even. For example, readers can’t seem to get enough of Rooney’s sex scenes (notoriously well written and titillating), nor the way her men are written — exemplifying the female gaze in the most authentically Millennial/Gen-Z way possible. The men are always desperately in love with the protagonists, and express their deep yearning explicitly and out loud — which is what makes them so achingly appealing. “It’s the old life of quiet desperation for me I’m afraid,” Simon jokes about his relationship.

Other familiar facets, however, have become mildly frustrating the third time around. “Beautiful World” again alludes to queerness — Alice and Felix are both bisexual — and yet once more focuses most strongly on the frankly incredibly heteronormative relationships that all the characters engage in. Moreover, Rooney’s female protagonists are characteristically strong depictions of complex and multifaceted women, but “Beautiful World” strangely still places the men in savior positions for them. Both Alice and Eileen are often breaking down and Felix and Simon are nearly always calm, with the right words and knowledge to comfort and advise them.

The style of the novel feels fairly experimental — understandable for a writer like Rooney, who was raised to ‘genius’ status from her debut. At times, however, the novel feels “a little loose and dissociative,” to steal words from the writing itself. The style flips dizzyingly back and forth between poetic abstraction and minimalist dialogue, and the omniscience of the narrative perspective is never definitive, leaving readers with Rooney’s usual insight into characters’ psychology at times, and then purposeful ambiguity at others.

The emails with which much of Alice and Eileen’s friendship and interiority is revealed are interesting insights into Rooney’s classically hyper-intelligent political and social contemplations — but can also feel, at times, like mostly a mechanism for Rooney to express her own ruminations.

The emails do create an interesting contrast juxtaposed with the much more distanced and clinical writing found throughout the rest of the book. The contents of the threads are what make “Beautiful World” even more angsty and existential than its predecessors — in one, Eileen writes that the only idea on the internet seems to be to “watch the immense human misery unfolding before us and just wait for the most immiserated, most oppressed ppl to turn around and tell us how to stop it.” Rooney has been praised for her unparalleled depiction of the unavoidable Millennial/Gen-Z ethos of helplessness, cynicism, and anxiety in the face of capitalism and human suffering and the systems of oppression in the world. She is nothing if not ‘with the times,’ and the increase in volume of explicit discourse on these subjects perfectly reflects the changing social and political winds amongst young people in the last year.

Rooney’s works do more than reflect the world around the writing — they seem to unabashedly reflect her own life and journey as well. The characters in “Beautiful World” are far more mature and settled in themselves, with none of the frantic searching their counterparts in “Conversations with Friends” or “Normal People” are engaged in. Alice, Eileen, Felix, and Simon are grappling with mental health in a more explicit, mature way than Marianne and Connell ever were. They are thinking about faith, despite their deep cynicism towards religion, and finding something beautiful and compelling about it. Here, Rooney’s skill for capturing a typical young, liberal, non-religious individual’s skepticism and simultaneous hunger for meaning truly shines through. Felix reacts to the idea of Simon’s faith with the comedic, absurd confusion of “He’s weird in the head or something, is he?” Alice and Eileen seem similarly, though more quietly, inclined, yet are able to appreciate the bits of religion that are beautiful and help people.

Despite being the most radically cynical and deeply anxious, “Beautiful World” is also undeniably the most hopeful of Rooney’s novels in the end. She has alluded to a defense of art, love, and human connection in the face of all the evil in the world before, but this third novel takes a far more unabashedly optimistic tone than before. She — her characters — are particularly and appealingly earnest and honest in their acceptance of their humanity, their desires, and their flaws. The world is full of awful things, points out Rooney — and yet we go on, and our lives are beautiful still.

“The state of the world being what it is, humanity on the cusp of extinction, here I am writing another email about sex and friendship,” writes Alice. “What else is there to live for?”

—Sara Komatsu can be reached at sara.komatsu@thecrimson.com.