Hutchins Center Explores the Legacy of Eugenics in New England, at Harvard

‘The Card Counter’ Review: A Movie Written by a Writer for Other Writers 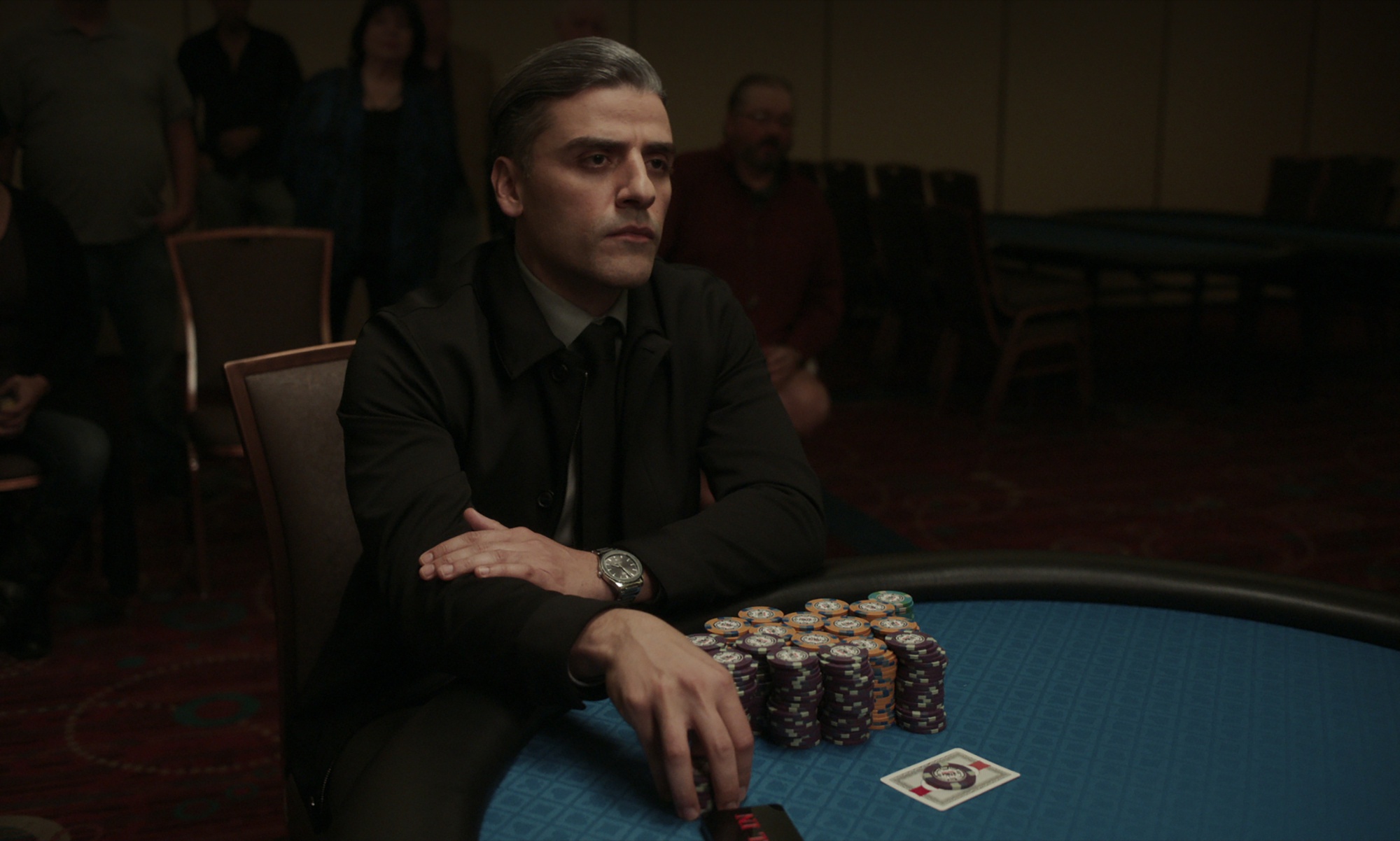 “The Card Counter,” which opened in theaters this weekend, tells the story of William Tell (Oscar Isaac), a former army interrogator turned gambler whose tour of East Coast casinos is interrupted by the appearance of two figures from his haunting time in the service. Written and directed by Paul Schrader — the Oscar-nominated writer known for “Taxi Driver” and “Raging Bull” — “The Card Counter” is very much a writer’s movie, such is the detail and sophistication that makes it worth the watch.

From the film’s opening scenes, it is clear that “The Card Counter” is exactly the slow-burn think-piece that one might expect from a director like Schrader. Here, Schrader does nothing to try and snatch the audience’s attention; instead, his shots proceed methodically, with long takes that force the viewer to take a protracted look at each of the characters, and with shots that emphasize dialogue rather than action. Together, these directorial choices set the tone for a film rooted in a story well-designed to make one think.

Later on in the movie, Tell remarks that two things are important in poker: knowledge of the mathematical odds, and knowledge of the other players. The same holds true for the film as a whole. Like poker, this film is a study of character (the other players) as much as it is about the surrounding narrative (the cards). That there are really only three main characters in this film suggests that each’s surface-level simplicity shields a thought-provoking complexity.

There is never a doubt, though, that the true focus of the film is meant to be Tell, and the thoughts, motivations, and morals that are hidden below the surface of his steeled expressions. Indeed, his half-smile graces the screen but once throughout the entirety of the film’s two hour runtime. That the viewer is also privy to a small selection of Tell’s thoughts further suggests that, above all, “The Card Counter” is a study of this peculiar human enigma.

Though not incredibly exciting, “The Card Counter” is, if nothing else, intense. Schrader’s film is best characterized by the quiet tension that can be found both at the poker table and in the interrogation room. At times, the sounds of Tell’s belaboured breathing and quickening heartbeat can be heard faintly, an inventive auditory effect that brings viewers closer to the protagonist’s physical reactions to stress.

When the quiet is finally broken, the effect is powerful. The loudest scenes — which are few and far between — accentuate the emotional intensity of the film, at times pushing viewers straight into flashbacks of the deafening hell of Tell’s past life as an army interrogator, and at others allowing them to share in the exuberance of his new-found love. This thoughtfulness in the film’s sound design is also reflected in its lighting, color schemes, and use of distorted lenses, which aptly give each of the vastly different parts of Tell’s story a distinct textural feel.

More than anything, however, Schrader lets his strength as a writer do the talking. Almost like a novel, the plot develops slowly, purposefully, and with incredible precision: No detail is without its own importance, even if it is only to be revealed later in the film. That is where the genius of Schrader’s work lies. “The Card Counter” is a film that invites questions and inspires reflection: There are layers to understanding the work, and the screening experience does not end after leaving the theater. Viewers may find their appreciation of the film grow in the hours and days following its conclusion as they search for the answers to Schrader’s cryptic, riddle-like writing. And with the knowledge that even the smallest details matter, they may find themselves itching to rewatch the film, eager to get closer to understanding its characters.

Daniel S. de Castro is a sophomore living in Quincy House. He can be reached at daniel.decastro@thecrimson.com.