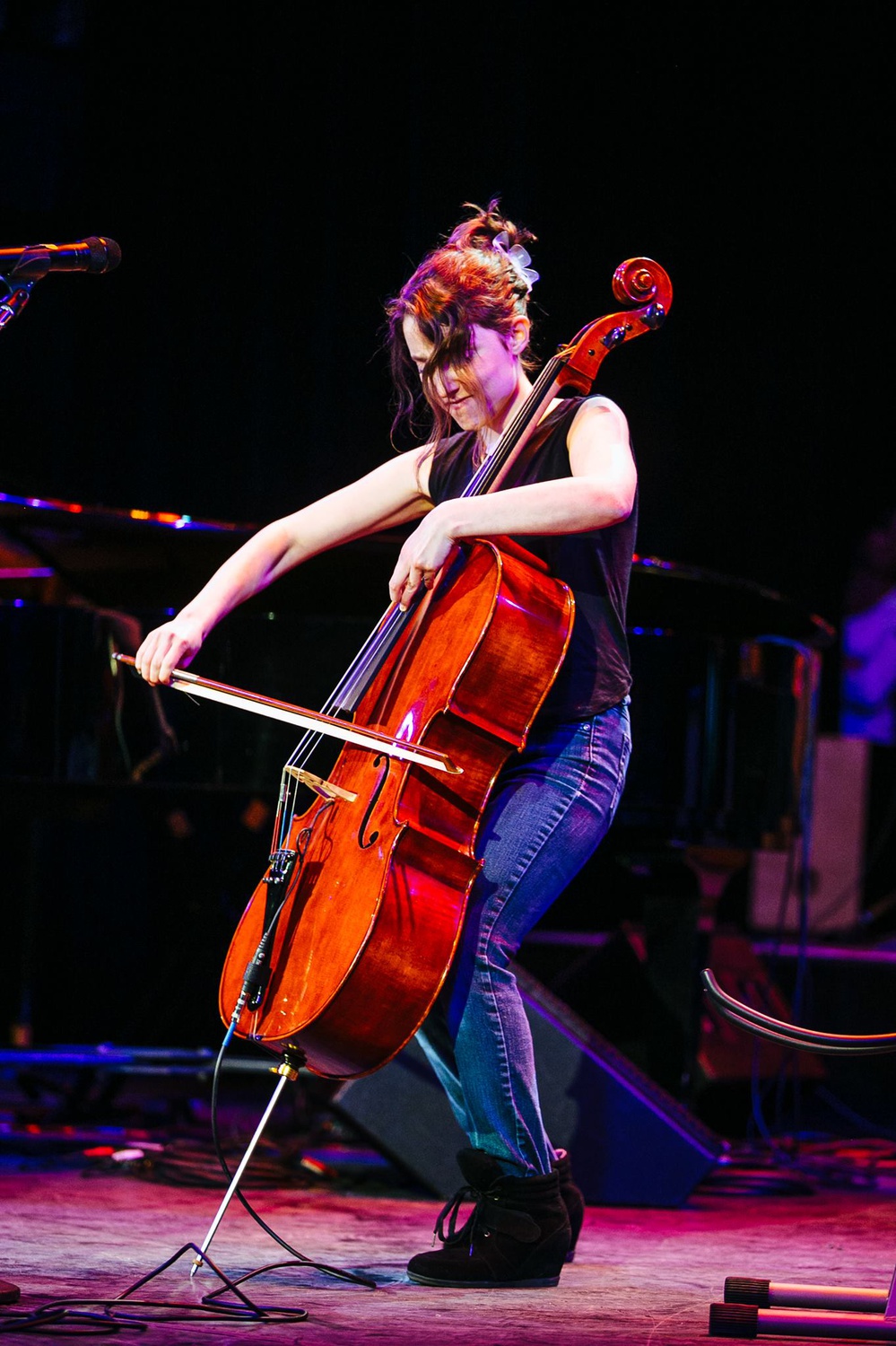 Leahy Ardon (Ish Shalom) is not afraid to laugh.

“I find things funny where I shouldn’t. I find a lot of life funny,” she said with a self-aware chuckle. “I have a terrible habit of laughing out loud if I find things funny. It could be the smallest, awkward interaction between two people and I just can’t help myself. But I think it’s a healthy thing.”

As a young playwright, her works like “Conflict Zone” and “Galim” certainly show off her sense of humor. But she is by no means a comic, and laughter is just one part of her style, one that acts as an entrance to a deeper world.

After splitting her childhood between Israel and Brookline, Mass., Ardon enrolled at the Berklee College of Music, where she received her Bachelor of Music in Professional Music. Berklee describes the program as “for those interested in learning everything,” but Ardon focused on cello performance and writing drama. Ardon, 28, is currently pursuing a master’s degree at the Harvard Graduate School of Education, which she plans on using for nonprofit, community-building work.

Ardon also finds time to study playwriting in the English Department. On Sundays, she works on her own drama — maybe a few lines of dialogue, maybe a whole scene, but the time is reserved for creativity. Ardon draws inspiration from the incredible talent she’s seen at Berklee and Harvard. “If I have experienced their art as meaningful and thought-provoking, then I hope I can do the same for other people,” she said.

Artist, educator, and activist all in one, Ardon navigates her different roles with apparent ease. Though some of her plays could have educational elements, she tries to avoid sounding “preachy,” as she said. Her work as a playwright and performer is first and foremost artistic.

Ardon’s play “Conflict Zone: A Dramedy on Mental Health and Other Wars,” which recently won “Best of Fest Award” at the Whitefire Theater Solofest in Los Angeles, is a one-woman piece that handles the process of healing from eating disorders with a dose of comedy. Though this content would be no laughing matter for most, Ardon approaches it differently. “As much as these things can be really heavy, it does have humor in it too,” she said. This mixed style, the marriage of the macabre and lighthearted, is in line with Ardon’s worldview. Humor for Ardon doesn’t preclude serious discussion, even for some of the darkest parts of life. “I think it’s the opposite,” she said.

This style also shapes her new one-act play, “Galim” (a transliteration of the Hebrew for “waves”), which closed the Harvard Playwrights’ Festival on April 24. Set in Israel, the work deals with generational gaps, exploring the differences in how young and old see gender roles, military service, and other parts of life, in Israel. It was an impressive finale to the weeklong celebration of emerging playwrights that featured 10 professionally directed performances.

Especially in a pandemic, where “essential-ness” has become a metric for one’s career, art and artists have come under heavy fire for a perceived lack of worth. But at the suggestion of the arts as an expendable industry, Ardon laughed and said, “I think that’s bullshit,” adding a thumbs down. “Arts are what fill our soul. Does anyone really imagine themselves without art? Without their TV shows that they love? Without the beautiful designs that they see? Without a million and one things that they take for granted?”

Ardon pointed out a double standard applied to those in the arts versus other industries. An aspiring lawyer, software engineer, or chemist is lauded for simply pursuing their field, whereas Ardon described the problematic perception that artists are wasting their time until proven otherwise. “We have a different bar for success,” she said. “With artists, there is often an expectation [of greatness] that is unrealistic. It’s much easier for us to understand how smaller jobs in other industries are necessary.”

Ardon defines success for herself broadly. She has ambition, but does not view any particular position, award, or salary as necessary for her career. “I’ll see myself as successful if I can continue doing what I love and have a growing audience to whom my art means something and gets them thinking,” she said. She confessed being open to achieving that higher standard for artists, one that would lead someone to say, “Well, they’re no Leahy Ardon,” but that isn’t her only benchmark for success. “It’s not as black and white as I used to think, and a lot of people still do,” she said.

As to her future, Ardon’s outlook characteristically balances purpose, realism, and delight. “Life is full of surprises,” she said, smiling.

—Staff writer Leigh M. Wilson can be reached at leigh.wilson@thecrimson.com.