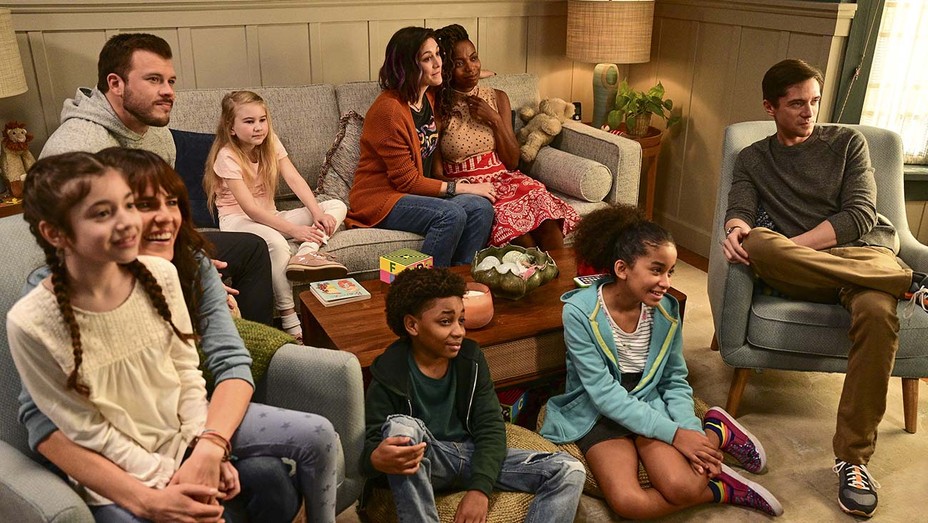 ABC’s newest comedy, “Home Economics,” stars Topher Grace, Caitlyn McGee, and Jimmy Tatro and seemingly tries to tap into Topher Grace’s past sitcom success in his role on “That 70’s Show” but fails to reach the same level of excellence. The show has its merits, but ultimately comes across as a lackluster attempt to provide hyper-relevant comedy and levity for 2021.

“Home Economics” follows a trio of siblings as they go through adulthood, focusing on each of their struggles while also bringing to light their individual successes. Tom (Topher Grace) is a struggling middle-class author married to the well-off lawyer Marina (Karla Souza). Sarah (Caitlyn McGee) is a working-class woman married to Denise (Sasheer Zamata) who has just been laid off. Lastly, Connor (Jimmy Tatro) is a wildly successful money manager living in (as is often mentioned) Matt Damon’s former house on the San Francisco Bay.

With such a stellar cast, the show seemed primed for success and laugh-out-loud watchability, with actors who had starred in “That 70’s Show,” “Grey’s Anatomy,” “Modern Family,” “How to Get Away With Murder,” among others.

This take on family drama has the tone and rhythm of a flopped sequel series that a network airs for a season or two, similar to the “Knight Rider” reboot in 2008 and “The Chevy Chase Show” in 1993 which failed dramatically — both pulling well-known talent but falling flat.

In the “Home Economics”’ premiere, the moments that try to be funny end up being uncomfortable, and the moments that try to be serious are slow. The entirety of the premiere is a seemingly unending string of poorly executed bits and distasteful physical comedy; a trip-and-fall gag and later treadmill bit only come off as flat. Even Topher Grace, stuck with uninspired writing and set-up, can’t make the one-liners and comedy land.

The show tries to stay modern with references to Covid-19, quarantining, and gender equality and inclusion. However, rather than coming off as contemporary and comforting as intended, the comments feel obtrusive. Furthermore, by making Sarah’s sexual orientation the center of many conversations without incorporating it authentically into the show, “Home Economics” felt that like it was attempting to seem contemporary but missing the mark on meaningful representation.

Another low point occurs when, on a video call, the siblings’ parents joke about Marina being Latina. The clumsy use of the trope of older white couples being unintentionally racially insensitive creates one of the worst moments of the episode. It comes off as abrupt and surprising, disrupting the tone of the show up to that point.

“Home Economics” is a poorly-crafted series that sadly wastes incredible talent. It could have been a poignant show about the struggles of the disappearing American middle class, but instead came across as poorly written and executed. Because this is only the premiere, however, there is hope that things can turn around and “Home Economics” can become another star like “That 70’s Show” or “How to Get Away with Murder.”