Berkshire Theatre Group Moves into 2021 with Successful 2020 in Hand 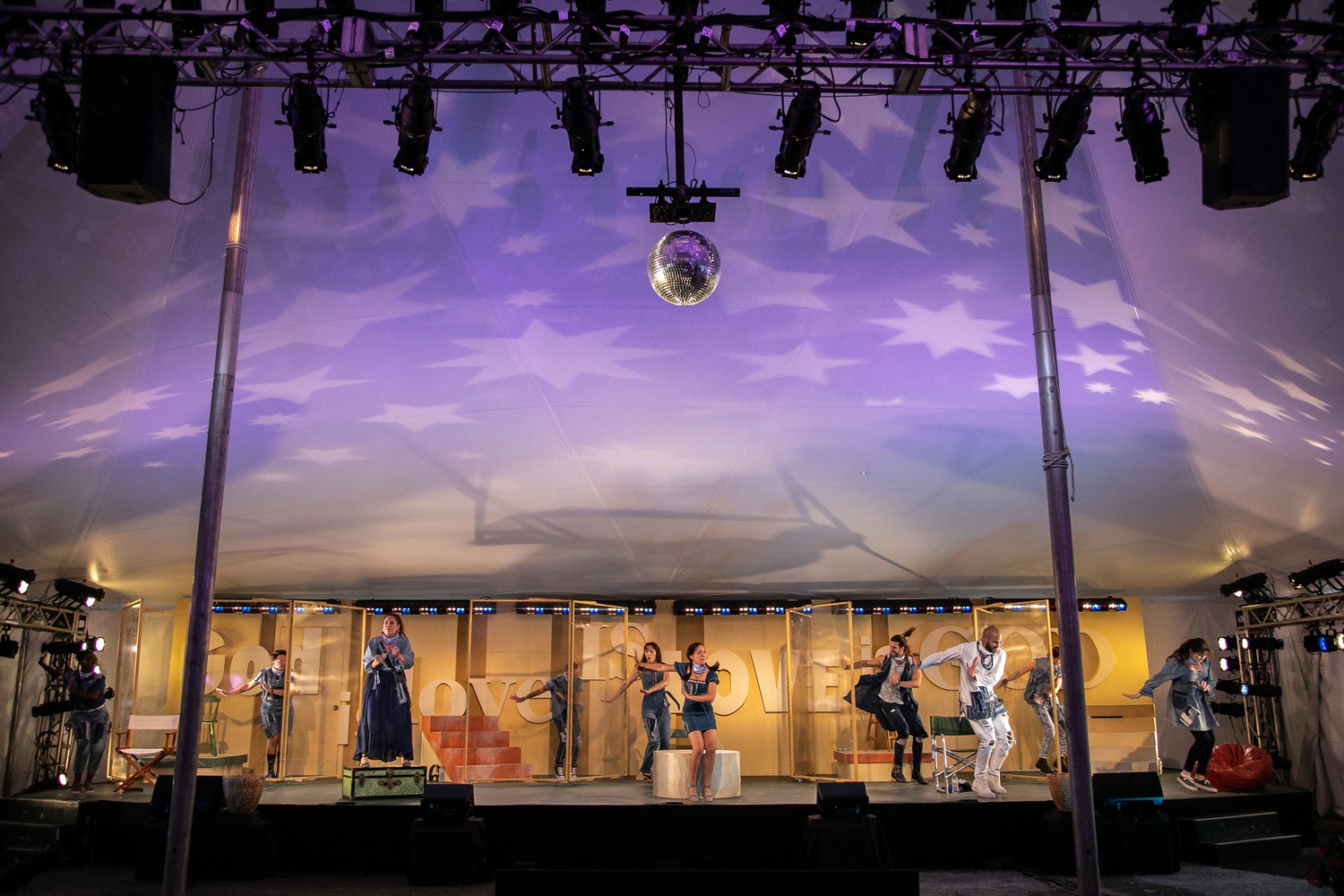 A pandemic that shuttered Broadway and silenced urban theaters everywhere has in turn given an opportunity to unlikely heroes of the arts world: regional theaters with real estate.

In Western Mass, the Berkshire Theatre Group is capitalizing on their momentum from two successful in-person productions in 2020 as they plan their 2021 season.

As infections raged across America last summer, the BTG produced Stephen Schwartz’s 1971 musical “Godspell” in the parking lot of the Colonial Theater in Pittsfield. Carefully distanced and masked audiences filled the tent from the show’s open in August to its extended close in late September. That success was followed by a chilly outdoor staging of “Holiday Memories,” a play based on Truman Capote short stories, which took place between Thanksgiving and Christmas in the corner of a set-building barn outside the Unicorn Theater in Stockbridge.

Massachusetts’ longitudinal divide pits the urban and suburban easterners, for whom even Springfield is an abstract concept, against the sparser westerners, jaded by the literal and metaphorical distance between them and Beacon Hill. Yet every June, the arts capital of Massachusetts shifts from Boston to Berkshire County. Patrons have their choice of Tanglewood in Lenox, the summer home of the Boston Symphony; Jacob’s Pillow in Becket, for an international summer dance festival; and performances by theater groups like the Williamstown Theater Festival in Williamstown and the Berkshire Theatre Group in Pittsfield and Stockbridge, among others.

“The Berkshires really rely on summer,” Robert Morrison, a service industry expert in the Berkshire region, said. “Last summer really decimated some bottom lines. We’re going to engage the arts crowd more this summer.” He detailed plans for attracting arts patrons and other tourists into downtown Pittsfield, on their way to or from performances.

While the rural nature of Massachusetts’ westernmost county poses a challenge to small businesses, the low density is a blessing for pandemic-era theater. The programming at Boston and Cambridge’s urban theater giants, like the Huntington Theater Company on Huntington Ave., American Repertory Theater on Brattle St., and Emerson College on the corner of Boylston and Tremont St. remains exclusively virtual. Meanwhile, the wide open spaces of the Berkshires make safer, outdoor performances more possible.

Safety concerns in the theater are nothing new. From occupational safety and actor health to the safety of expression in the #MeToo and other social justice movements, dealing with vulnerabilities on both sides of the curtain is more than ever part of theater’s work. For the BTG, the addition of Covid safety had to become part of the greater artistic vision.

“A theater company creates its own world, and the world has to be one of safety,” BTG Artistic Director and CEO Kate Maguire said. “We have to be safe because of the virus, but there are other ways in a theater community that we find ourselves wanting to be safe. Safety has become an all-encompassing thing.” 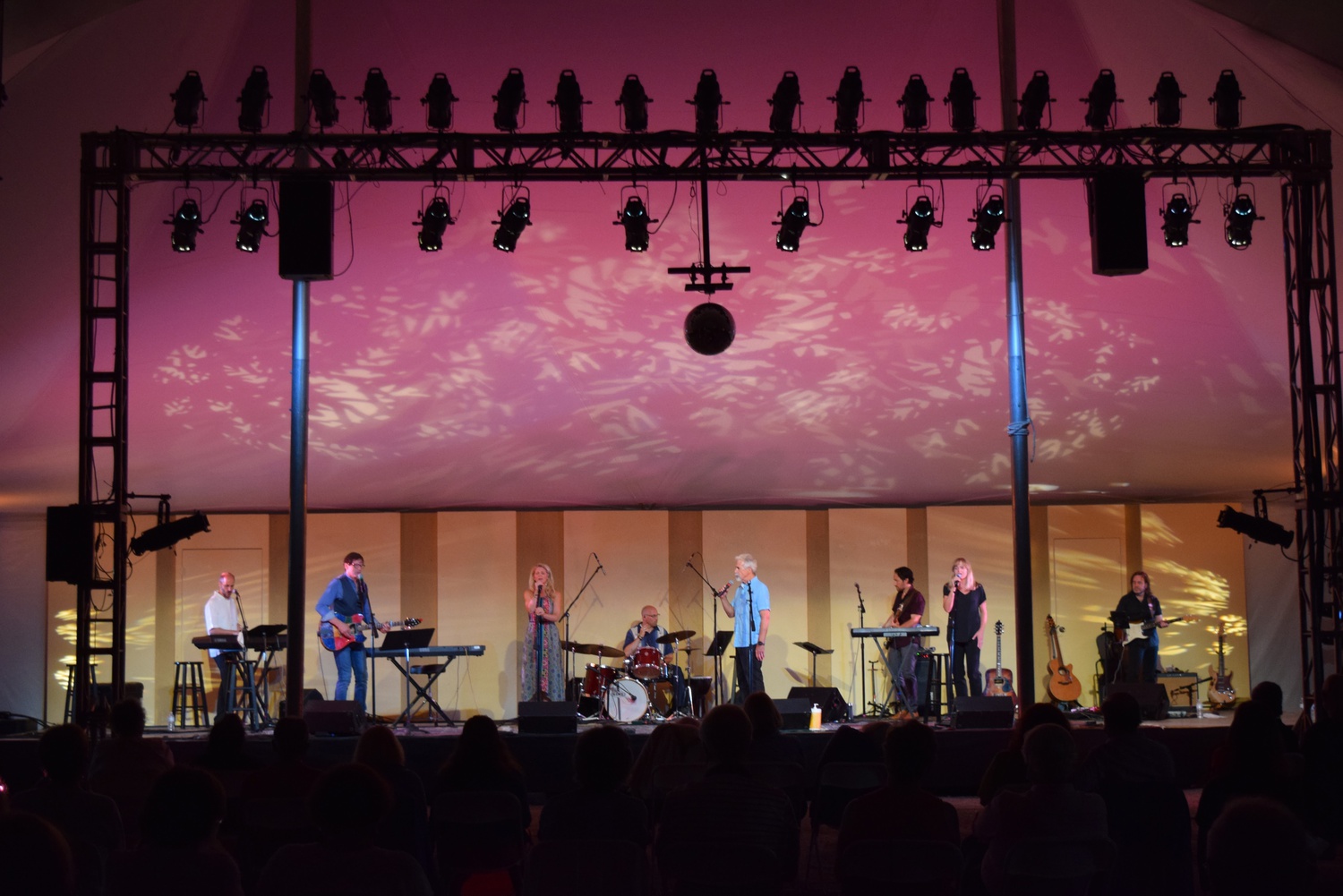 But a performance that satisfied the artistic requirements of Schwartz’s musical and the safety protocols of the Actors’ Equity Association, the union that represents many BTG actors and stage managers, was no walk in the park.

Isabel Jordan, a member of the ensemble and a senior at NYU’s Tisch School of the Arts, remembers the extra safety measures as all-encompassing in the rehearsal and performance process.

“From the second we knew the show was happening for real, we immediately hopped on a Zoom call with everyone to review safety procedures,” she said. The company worked with the AEA to provide an extensive safety manual, personal boxes of supplies to eliminate sharing, and lots of sanitation supplies. “Communication lines were always open to talk about safety. There was an emphasis on it every single day.”

Further solutions included clear plastic partitions between actors that became part of the set, some mask-wearing, and an excision of wind instruments from the pit. The result was a staging of “Godspell” that took a unique liberty with the musical, which loosely follows the Gospel of Matthew’s recounting of Jesus’ last days.

“Why can’t the play just be set in the time of Covid, completely?” Maguire said.

In a new introduction to the piece, actors spoke briefly about their experiences struggling over the past months, from experiences of racial bias, to mental health, to simple bewilderment at the state of the world. It was truly a “Godspell” of our time, not in spite of it.

In December, BTG’s “Holiday Memories” presented still more challenges. Though simpler to stage, the issues of below-freezing temperatures and rising case numbers around the country made for a run on thin ice. The audience was limited to 25, with distancing requirements.

“The show was sold out every night, 25 people every night,” Maguire said. She was unsurprised that people still came despite the stubborn mercury. “It’s the Berkshires, I know our people here.”

Going forward, it is impossible to tell what parts of pandemic theater will stick, and what will get left behind in 2020. While the artistic opportunities afforded by outdoor theater can bolster the immersive experience of a performance, other issues, like decreased audience capacity (which increases ticket prices) and uncertain weather make the traditional indoor theater a much surer bet.

To Maguire, however, the question of theater’s future is not where, but who.

“Mostly, I’m looking to [the younger] generation to fix the world,” she said. “The number of harms that have been caused over the past several years, leading towards this and all that was revealed to us, watching and listening to people speak to each other in ways that often felt violent — how do we heal ourselves and come out of this? It’s theater in 2030. Where do we go in the next ten years?”

Jordan argued that young people must have a place in the conversation, especially since the issues tackled on stage mirror the issues of the broader world.

“We have to do our jobs as upright citizens and express ourselves in any way we can, until these injustices are rectified,” she said. “The world is changing, and our voices matter now more than ever. We deserve to be on that higher platform. We deserve for our voices to have more weight.”

“It’s the role of the artist to tell those truths we need to hear,” says Maguire.