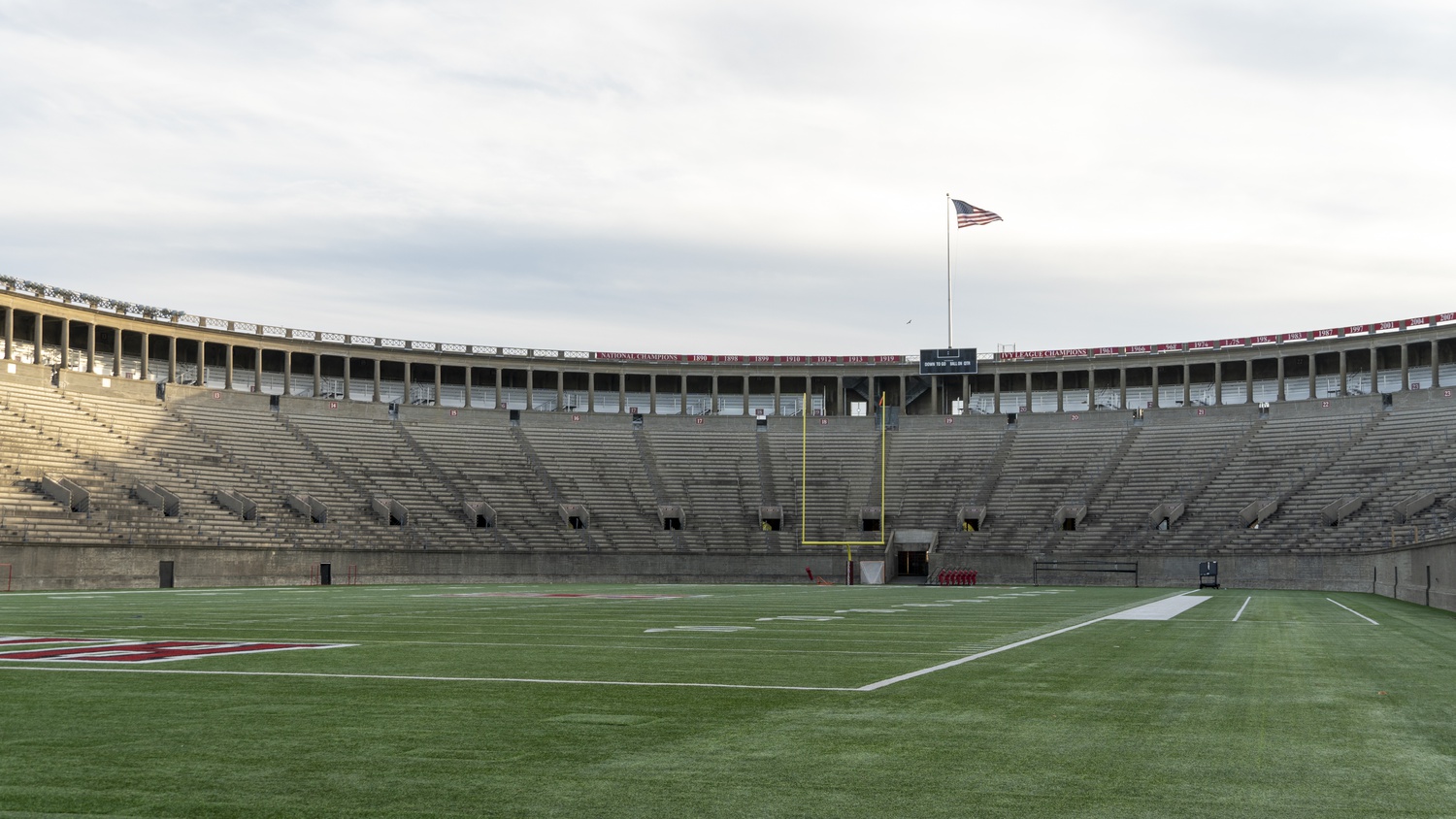 The Ivy League cancelled its spring sports season Thursday due to the coronavirus pandemic. By Zadoc I. N. Gee
By Taylor C. Peterman, Crimson Staff Writer

The Ivy League will not hold a spring sports season, the Ivy League presidents announced Thursday, nearly one year after the conference first canceled athletics competition as a result of the coronavirus crisis.

The League presidents wrote in a joint statement that their decision to cancel athletics is consistent with various measures imposed by their universities to protect the health of affiliates.

“The public health measures now in effect at all Ivy League universities have been carefully designed to support our teaching and research missions while keeping our students, faculty, staff and neighboring communities safe,” they wrote. “In the Ivy League, these measures must apply equally to our athletics programs along with other academic and co-curricular activities.”

Though the League will not sponsor a full-fledged athletics season, it may allow member universities to participate in “local non-conference competition,” provided the public health crisis “substantially” improves and play adheres to institutional Covid-19 policies, including travel restrictions.

Harvard student athletes living on campus are currently allowed to participate in sport-specific training limited by social distancing and group size under Phase I of Harvard’s plan to reintroduce athletics on campus. If Harvard Athletics enters Phase IV, which coincides with relaxed university restrictions on travel, athletes would be able to partake in “limited, outdoor, local non-conference competition,” per an Ivy League Q&A.

Director of Harvard Athletics Erin McDermott wrote in an email to student athletes Thursday that though the League canceled the official spring season, it has outlined a path forward for competition.

“We are all hopeful for better conditions and days ahead. For now, we will continue to train as able with those of you on campus, and allow time to tell whether any competition occurs,” McDermott wrote. “This itself is progress, as it acknowledges that conditions are beginning to show a path forward for future competition.”

Thursday’s announcement marks the fourth athletics season the Ivy League has canceled due to the coronavirus pandemic, which forced Harvard and other universities to send their students home in March 2020.

Recognizing senior athletes will have missed out on their final seasons of collegiate athletics, the Ivy League issued a waiver last week lifting its ban on graduate student competition in League athletics. The waiver only applies to athletes who graduate this spring.

McDermott also wrote in her email to athletes that University President Lawrence S. Bacow will meet with Harvard student athletes virtually next week to offer more insight into the League’s decision to cancel sports and its plans for fall 2021.

The Ivy League presidents wrote in their statement Thursday that their decision to cancel athletics was not made lightly.

“As campus and community leaders, we believe that our public health responsibilities and educational principles preclude us from sponsoring Ivy League athletics competition this spring,” the presidents wrote. “We regret the many sacrifices that have been required in response to the pandemic, and we appreciate the resilience of our student-athletes, coaches and staff in the face of adversity during this difficult and unusual year.”