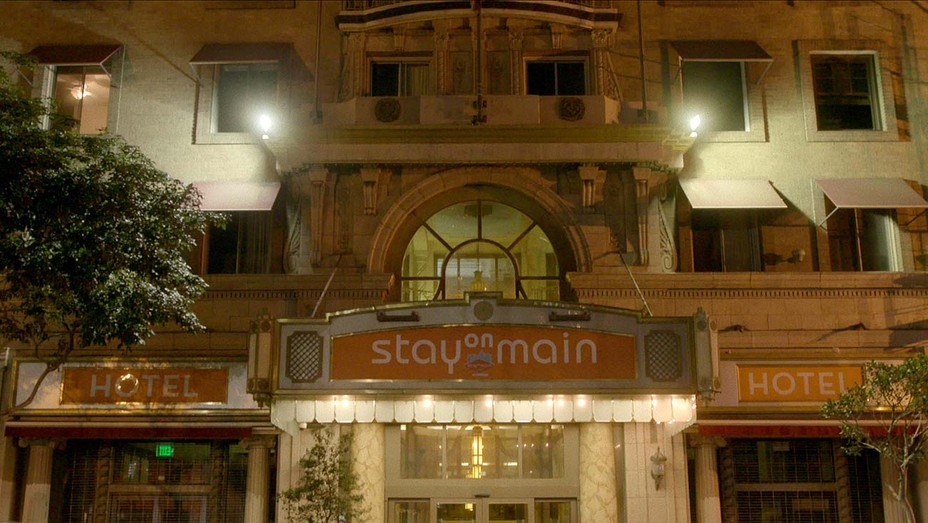 Stay on Main, located in the building of the former Cecil Hotel. By Courtesy of Netflix
By Julia R. Kennish, Crimson Staff Writer

In recent years, the true crime genre has taken off in the mainstream mediascape, and Netflix has jumped on this bandwagon. Joe Berlinger’s “Crime Scene: The Vanishing at the Cecil Hotel” is the first season of Netflix’s newest anthology series, which investigates a different mystery each season. The first four-episode installment tells the story of the 2013 disappearance and death of Elisa Lam, as well as the hotel in which she died. While there are many pieces of true crime media that are entirely respectful to the memories of the victims, “Crime Scene” crosses this line from the onset by stoking conspiracy.

The Cecil Hotel plays as important a role in this season as Lam herself. The Cecil was notoriously home to more than one serial killer, numerous murders, and countless suicides, and the most interesting parts of “Crime Scene'' detail how the hotel’s neighborhood, Los Angeles’s Skid Row, was created by the systematic oppression of the homeless population. The show describes how the air of death and misfortune surrounding the Cecil made it a morbid tourist attraction and led many people to speculate it was haunted or cursed. The story of Elisa Lam only furthered this theory.

Lam was a 21 year old Canadian college student who disappeared after checking into the Stay On Main hotel, which was housed within the Cecil but had been renamed to avoid the controversy. Hotel staff then found the now viral surveillance footage of Lam in the hotel elevator, and the Los Angeles Police Department released the footage online leading a flood of internet sleuths to get involved. Nineteen days after her disappearance, Lam’s body was found in the hotel’s water tank.

Lam’s battles with mental health and her history of not taking her medication create a clear image of her death. But amateur investigators on social media refused to accept mental health as the solution, for many reasons. Perhaps because mental health, bipolar disorder, and their complexity are widely misunderstood in pop culture; perhaps the thought of mental health, an integral part of human existence, contributing to an accidental death is harder to accept than a sensationalized murder story. Regardless, this conspiratorial attitude is nothing if not disrespectful to the Lam family, the people who worked hard to investigate her death, and Elisa herself.

The series leverages the internet fame of the case to turn Lam’s tragic death into a ghost story. There is no mystery left here, there are no murderers lurking in the shadows, the case is closed — but Netflix and Berlinger decided to pry it open with conspiracy theories. They draw a crowd in with a famous story, and they take advantage of the manufactured mystery to fill out four episodes. Most of the series was spent discussing the ideas of these internet personalities who “investigated” her death and the odd coincidences surrounding it, which not only gives credence to their outlandish stories, but mars Lam’s memory.

The docuseries places these sleuths on a pedestal as noble crusaders for justice, despite the fact that they not only failed to help the investigation, but perpetuated extreme cyberbullying[, and that likely caused more pain for her family. Everyone likes to hear stories of the average person being a hero, achieving the glory of a real-life detective without a lot of the work, but not every story is that satisfying.

While most of the internet personalities featured in the series seemed to have good intentions, many of the people involved in this case online only thought they did. They bullied a Mexican death metal singer to near death due to his coincidental links to the case, and they still tarnish the names of the detectives and the hotel staff to this day. Elisa Lam is more commonly known as the victim of a suspicious death or unsolved murder, rather than of a tragic accident and complex health issues. Too often are the mysteries of her case reported without the accompanying explanations or corrections. If her bipolar disorder was discussed more often and more legitimately, it would likely serve to educate the average true crime fan of the potential severity. At the end of the final episode, the featured sleuths do admit to taking the theories too far and being wrong, but the series fails to effectively discuss the effects and dangers of these conspiracies.

People may have felt like they knew Elisa from reading her extensive Tumblr posts, but the majority of “Crime Scene”’s audience had never met her. Theorists expressed an intense sense of entitlement to information about Lam’s private life. But her family are the only people entitled to the private details and outcome of this investigation, and if they have closure on her death, it doesn’t matter if anyone else does. This series is another reminder of how conspiratorial the public is and how the internet fosters these theories. Unfortunately, this series did little to comment on or condemn this behaviour, ultimately further disrespecting the life and memory of Elisa Lam.