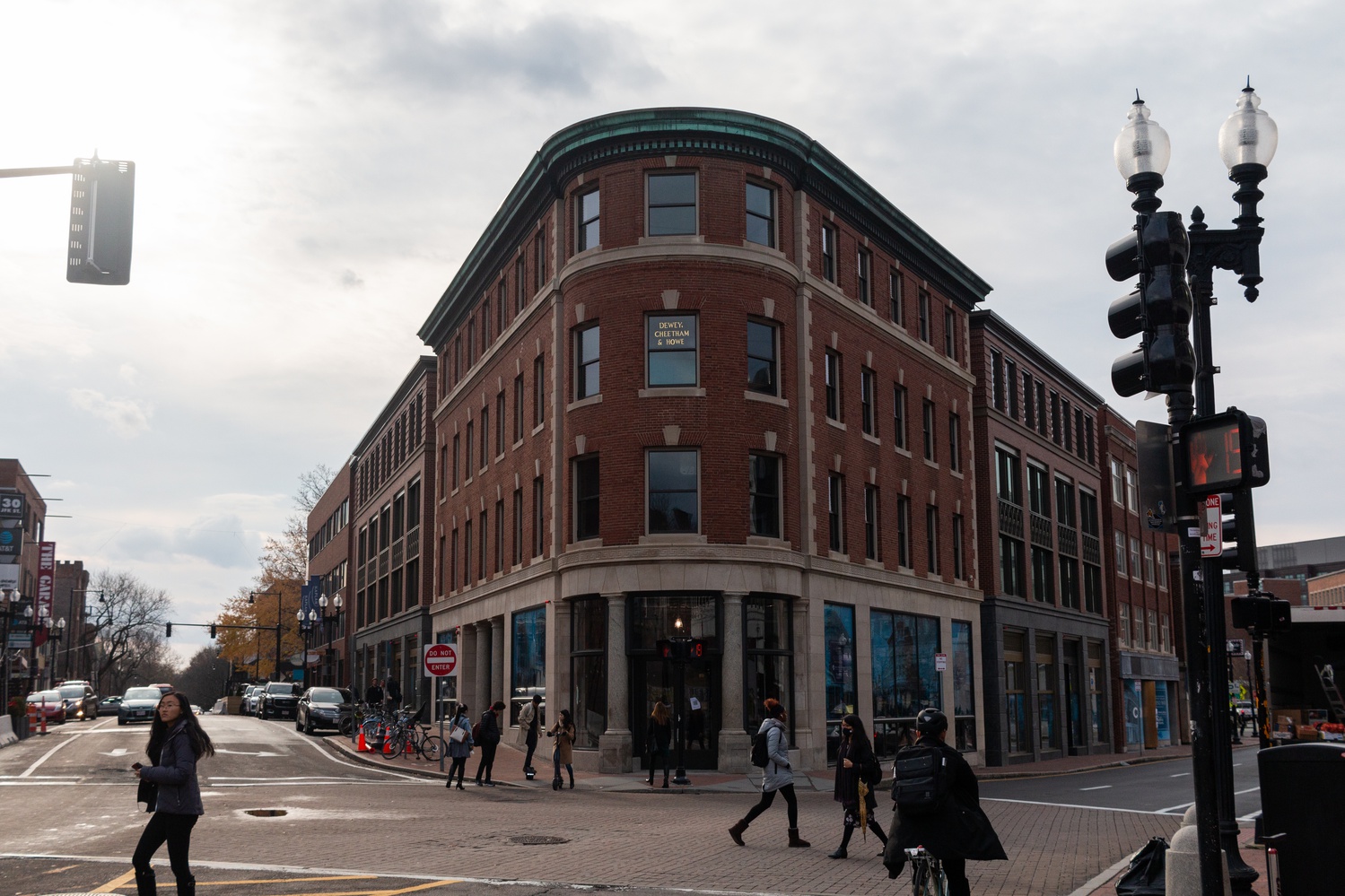 The Comedy Studio, a 25-year old comedy club, is set to return to Harvard Square in September 2022, five years after moving to Somerville. It will occupy The Abbot, a building at the intersection of Brattle Street and John F. Kennedy Street. By Silas Garcia-George
By Emmy M. Cho and Carrie Hsu, Crimson Staff Writers

The Comedy Studio will relocate from Somerville to Harvard Square in 2022, taking over the space on JFK Street that was formerly occupied by the Curious George Store.

The “World’s Only Curious George Store” vacated the storefront in June 2019 after a change in ownership. Though it originally planned to move to Central Square, after a 2021 rebrand as Curious George & Co. the shop closed permanently, according to a website announcement posted by the store owner.

The Comedy Studio, a comedy club that opened in the mid-1990s, has its own history in Harvard Square. Until 2017, it was located on the third floor of the Hong Kong.

Rick Jenkins, a comedian and the owner of the Comedy Studio, said he views the move from Somerville to Harvard Square as a “coming home.”

Jenkins and his team found the location during the past year’s quarantine, a period when many businesses and locations were “in flux.”

“Quickly, we saw that things were in flux, and just kind of put our ears out there. This was the very first space we looked at, and it checked all the boxes,” Jenkins said. “Being in Harvard Square — I never dreamed of being able to reach that space.”

For Jenkins, the center of Harvard Square has always been “more than iconic.” He worked at the Harvard Coop when he was building his career as a comedian. Catch a Rising Star — a comedy club active in the 1980s — was also once located on JFK Street.

With a capacity of 200 seats, the Comedy Studio’s new location is approximately 40 percent larger in size than its former Somerville location, which will enable the club to accommodate more productions and shows, according to Jenkins.

Jenkins said he hopes to feature both national and local comics at the club. Though he plans to have seasoned professionals — like Eugene Mirman of the TV Show “Bob’s Burgers” — on the stage for regular shows, Jenkins also wants to welcome amateur local talent.

“We envision that the core will be developing new talent, but also having a lot of old Comedy Studio friends,” he added.

On top of performances, the Comedy Studio also offers classes for aspiring comics, such as “Stand-Up 101.”

Jenkins said he hopes the club will become a “cornerstone” of Harvard Square and its community.

“I really see a comedy club as part of a community,” Jenkins said. “If someone gets off the subway at Harvard and looks around, and says, ‘Oh, I want to be a comedian, let me go in here.’ That’s what I want to be.”