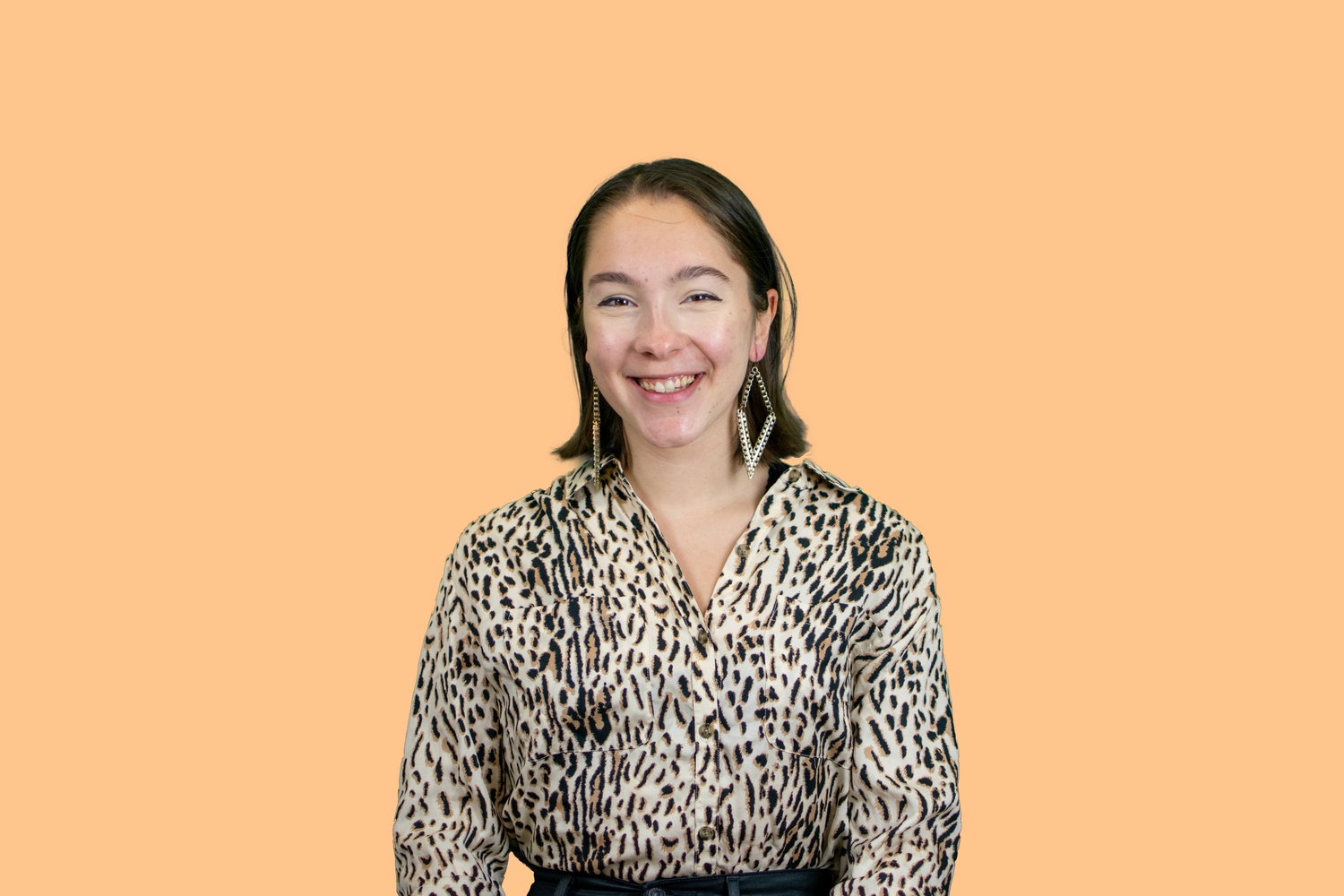 For months, I have tried to fight the rumors. “Joy hasn’t listened to a single straight male artist in the last year.” “Joy only watched ‘Breaking Bad’ because she heard there was a gay character.” I have tried to defend myself, to remind skeptics that I think there was a Philip Glass song in my Spotify Wrapped somewhere, and I’m pretty sure he’s not gay — all to no avail. Hell, I even sat down the other day and watched an entire movie without a single gay character, and I actually enjoyed it!

But life is too short to live a lie, so I have decided to come clean: There have been points in my life where I have indulged in some bad queer art. Sometimes, at the end of a long day, I just want to cradle the $3 lesbian flag that I got from some horrifying Target pride sale and watch a movie with a couple of fellow queers, no matter how cringe-worthy the dialogue or painfully-autoned the vocals. Of course, don’t get me wrong: I love good gay art too (check out our Best Of lists for some prime examples). But there are still few queer creators who break into the industry, and sometimes the ones who do are… simply not that good. But you know, you gotta do what you gotta do.

So, for any of my fellow alphabet mafia members out there, here’s a guide to the best bad queer art to turn to when you’ve finished every indie lesbian movie and Mae Martin standup clip and are ready to lower your standards.

Does this seminal single by groundbreaking trans artist Kim Petras have “artistic merit” or “good lyrics?” Very much no. Does the song at any point go beyond the repetition of “my coconuts,” “coconuts” here being a reference to Petras’s boobs? Also no. But give it a listen or two, and Petras’s defiant celebration of a surgery some politicians are still demonizing will probably end up stuck in your head whether you want it to or not. And hey, if you’ve had a couple drinks, you might even be able to convince yourself it’s a banger.

4. “Single All the Way”, the Netflix Christmas Special

Now, I’m not going to lie to you about this one: this is a legitimately terrible movie. If you liked Jennifer Coolidge in “The White Lotus” or “Legally Blonde,” prepare to be profoundly disappointed. If you came here for an ounce of good acting, brace yourself for a lead who looks like he can’t remember his line (or what a genuine emotion looks like) and is suffering from mild constipation for the entire movie. But no one does campy Christmas quite like the gays — in the eloquent words of Coolidge’s character, ”the gays just know how to do stuff” — and if you’re not rooting for the show’s leads to get together at the end, you’re probably either our hard-to-please graduating film exec or a soulless husk.

Three years ago, Greg Berlanti directed the thoroughly-mediocre film adaptation of “Simon and the Homo Sapiens Agenda,” in which straight lead actor Nick Robinson played a rich, white, “totally normal” protagonist who reassured viewers he was “not that gay.” Shortly thereafter, Hulu graced us with a slightly-less-mediocre follow-up TV series, an often-sappy, High School Musical-esque high school drama with an occasional moment of real heart. Parts of the show are certainly cringeworthy, and a handful of characters are generously allowed only one (1) single personality trait. But, particularly in its second season, “Love, Victor” dares to push the envelope a bit (at least enough to get the show taken off of Disney+), and if you’re in need of a little feel-good teen romance, it’s honestly not a bad option.

Let’s be real — there’s a lot to hate about Glee. You’ve seen the “Will Schuester” trigger warnings. You’ve seen the rendition of “Gold Digger” that ought to be doomed to the ether forever, and the excellent thinkpieces about the ways the show’s attempts at representation often failed or were laced with problems. This is not to say that “Glee” deserves to be forgiven for its sins, or that a show gets a free pass for being problematic because it was “the first” to do something. But I do think that there is value in looking back at our history and understanding what kind of path “Glee” paved for queer representation, good and bad. And looking back, there are moments on this bonkers, sappy show that I will never forget — moments when I saw young gay kids get to belong and be in love and joyful and successful that I really needed. At the end of the day, part of “Glee”’s appeal is an indictment of the landscape of modern television: for all its flaws, hardly any shows since have been willing to explore and bring hope to the darker parts of being gay in high school like “Glee” did.

When it comes to reality TV, the queer content is either “RuPaul’s Drag Race,” “Coming Out Colton,” or nonexistent. (Oh, and there was also that show with the straight woman who had to guess which of her pretending-to-be-straight suitors was gay, I guess?) In a field of mostly-unappealing candidates, the eighth season of the matchmaking reality show “Are You The One,” in which all of the contestants are pansexual, is… honestly pretty solid. Have you ever wondered what would happen if everyone on a reality show could, theoretically, fuck each other? (And let’s be clear, on “Are You The One,” it’s not theoretical.) If you guessed the result would be utter chaos, you were correct. But for all of the contestants’ bikini-clad catfights and total inability to communicate, there’s something meaningful about how “Are You the One?” gives us transmasculine fuckboys and ridiculous love triangles in which queerness is such a total non-issue. For so long, queer relationships have had to project this perfect, healthy image just to exist. Disastrous as “Are You The One” may get, It’s kind of a relief that we’re at a point in our society where we can finally admit that queer relationships are oftentimes just as messy and chaotic as straight ones.
—Outgoing Arts Chair Joy C. Ashford first trumpeted her gayness to the Internet in a Crimson article about Hayley Kiyoko, and allegedly has not shut up about her alphabet mafia membership ever since. She will forever be grateful to the gay icons on Crimson Arts who first introduced her to the wonders of lesbianism, the token straight men who put up with her constant commentary on “Happiest Season,” and, of course, her beloved work husband. To send her a piece of media that is even vaguely queer (artistic merit not required), please email joy.ashford@thecrimson.com.