‘Ordinary Joe’ Is a Little Too Ordinary 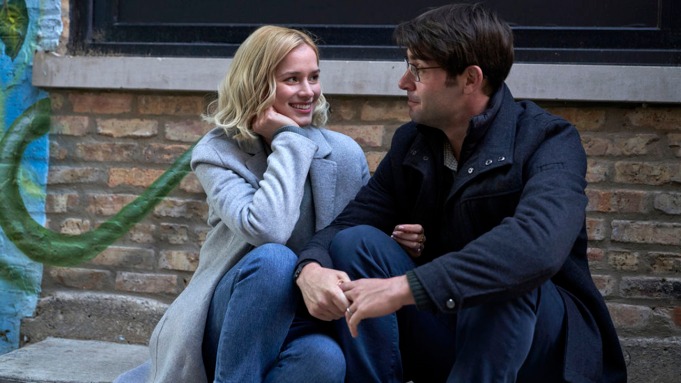 Everyone faces points in their lives at which a single decision could change everything. Whether that decision is where to go to college, what career to pursue, or who to marry, these small, life-defining moments are a basic part of being human. Therefore it’s not surprising that a show that explores these pivotal decisions holds the potential for a wide appeal, if executed successfully.

NBC’s new drama “Ordinary Joe” follows a man, the titular Joe (James Wolk), and the three possible paths he is able to take in life based on a single decision made ten years earlier at his college graduation. In all three paths there are clear benefits and hardships. In the first, he follows his passion to become a musician and marries the ambitious Amy (Natalie Martinez), but they have no children, which is an experience Joe wants desperately. In the second, he follows true love to marry his college best friend Jenny (Elizabeth Lail) and they have a son together, but he dislikes his job as a night-shift nurse and they are on the verge of divorce. And in the third, he follows in his father’s footsteps and becomes an NYPD officer but remains single and childless.

It’s clear from the direction of “Ordinary Joe” that little to no intelligence is expected on the part of the viewer. The metaphors are so heavy-handed and devoid of nuance that it’s hard to take them seriously. The first scene includes a reading of Robert Frosts’ “The Road Not Taken,” followed by a scene of Joe standing at a literal crossroads to these three possible lives — not exactly the definition of subtle. The opening voiceover, a directorial element that appears nowhere else in the show, is nothing more than a cheesy expositional reiteration of the concept of choice. The timelines, which are shown to the audience concurrently, are heavily color-coded to the point where that choice becomes distracting to the viewer. Every single item in the frame in any shot is either orange, green, or blue, to coincide with the “passion”, “love,” and “family” timelines respectively. In viewing a single episode, more time is spent noticing and reconciling the ridiculous lighting, wardrobe, and set choices for each timeline than consuming the actual story.

And what is that actual story here? In many ways, “Ordinary Joe” has decided to be three shows at once. When Joe is a nurse, it’s a medical drama; when Joe is a police officer, it’s a police procedural drama. The thematic connection of choice is missing entirely. It seems to take advantage of the three timelines to create a kind of “mystery.” As the events in each timeline inform the others, the audience is left trying to figure out what is the same or different between the three versions of his life, but they all seem almost entirely arbitrary. While it’s easy to describe the “concept” of “Ordinary Joe,” it’s almost impossible to describe the overarching plot and the larger point. All three of the stories, while they have their own trajectories, are paper thin and would never have enough material to fill an entire show on their own. Together they barely hold water, and the individual lack of substance makes the content overall feel hollow.

Because Joe is not spectating his other possible lives, what lesson is supposed to be learned from “Ordinary Joe”? The show’s message is not in the vein of “the grass is always greener on the other side,” because there are no sides here — Joe is not omniscient or able to gain a greater perspective on his life. Is the series supposed to advocate for the power of fate which might mean that somehow all the timelines will end up in the same place at the end of the season? Or is it supposed to imply that a perfect life is impossible to achieve no matter what decisions you make? It’s hard to imagine the conclusion to the first season, or even the contents of a possible second season, when nothing can be gained from any resolution in any of the three timelines. An unsatisfying ending, or no ending at all, appear to be the only possible outcomes.

“Ordinary Joe” is made for those at a point in their lives when they are already asking “what if,” but it offers nothing more than a shallow perspective on choice. The show holds no real message, only a facade of internal reflection and uninspired directorial decisions. Just as dwelling on a past you cannot change is pointless, so, too, is “Ordinary Joe.”

— Staff writer Julia Kennish can be reached at julia.kennish@thecrimson.com