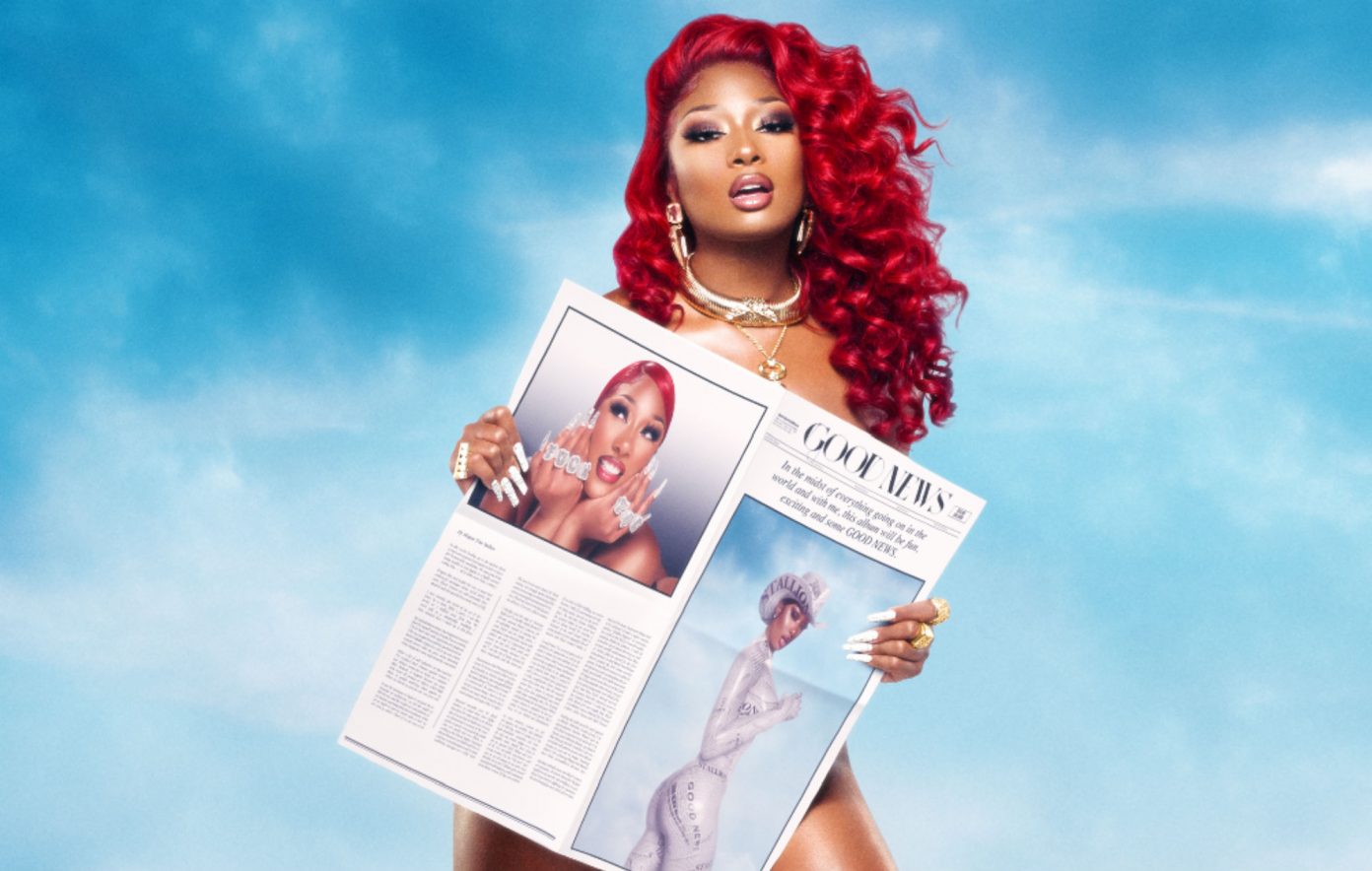 “Good News” starts with the diss track “Shots Fired,” a song that puts all other recent diss tracks to shame. On this opener, Megan wastes no time addressing the controversy surrounding her and rapper Tory Lanez, who allegedly shot her after an argument on July 12. Megan not only acknowledges the shooting, but she also unloads on Lanez — humiliating him and his supporters with lines such as “A pussy n**** with a pussy gun in his feelings” and “Any n**** on that n****’s side is a clout chaser (Fuck y’all) / A bitch who he fuckin’ or a ho that he payin’.” Megan takes her song a step further by acknowledging how her shooting is part of a trend of Black women’s pain not being taking seriously in this country with the lines “Now here we are, 2020, eight months later / And we still ain't got no fuckin' justice for Breonna Taylor (Breonna Taylor).” Although “Shots Fired” is a diss track and specific to Megan’s situation with Lanez, Black women everywhere can feel empowered hearing this song and seeing Megan stand up for herself in such a powerful and clever way.

After essentially shutting down Lanez and his supporters on “Shots Fired,” Megan spends the rest of “Good News” building herself and all other “hot girls” up. Tracks such as “Circles” and “Sugar Baby” showcase the Megan that fans know and love: Thee Hot Girl who makes songs about having the sex she wants, being rich, making men buy her material goods, and not paying any mind to the haters or admirers who don’t meet her (rightfully) high standards. Standout tracks “Freaky Girls (feat. SZA)” and “Body” are flirty, freaky, upbeat, and danceable — perfect for those who love to twerk along with Megan. “What’s New,” “Work That,” and “Girls in the Hood” — the album’s first single — don’t rely on theatrics as they showcase Megan’s incredible lyricism and flow.

Another incredible element of “Good News” is its wide variety of features. SZA, City Girls, Big Sean, 2 Chainz, DaBaby, Young Thug, Lil Durk, Popcaan, Mustard, and, the queen herself, Beyoncé all make appearances. Typically, this many features would be distracting. Megan Thee Stallion, however, has proven time and time again she is not like other artists. On each song that features equally or more popular musicians, Megan holds her own. Never once does Megan feel overshadowed by those she features on her album, and never once do those artists feel overshadowed by Megan. Megan gives everyone their time to shine, but never lets anyone outshine her.

“Good News” even finds Megan going outside of her comfort zone with songs like “Intercourse (feat. Popcaan & Mustard)” and “Don’t Rock Me to Sleep.” The former is a dancehall-inspired song in which Popcaan, a well-known Jamaican dancehall singer, sings about sex with a desirable woman and Megan raps over a slow dancehall beat, with verses about her body and sex that make reference to Jamaica. “Intercourse (feat. Popcaan & Mustard)” is very different from Megan’s other works. Never before has the artist featured dancehall artists or influences in her music; however, the subject matter and Megan’s undeniable flow connects the song to the rest of the album.

With the exception of “Intercourse (feat. Popcaan & Mustard) and “Don’t Rock Me to Sleep,” “Good News” does not stray too far from Megan Thee Stallion’s past works. The album has songs about money and sex, beats by Lil Ju, explicit yet clever lyrics, and, of course, a DaBaby feature (among its many other cameos). In fact, the album is notably similar to Megan Thee Stallion’s mixtapes and EPs such as “Tina Snow” and “Fever,” but that’s what makes it so good. Through the seventeen tracks on this LP, Megan Thee Stallion shows all other new artists how a debut album should be done. Fans of Megan Thee Stallion know that her music is a guaranteed pick-me-up, and in a year when everything feels like it’s falling apart, we could all use some “Good News.”

— Staff Writer Annie Harrigan can be reached at annie.harrigan@thecrimson.com.