‘Waves’ Showcases the Nature of Narratives 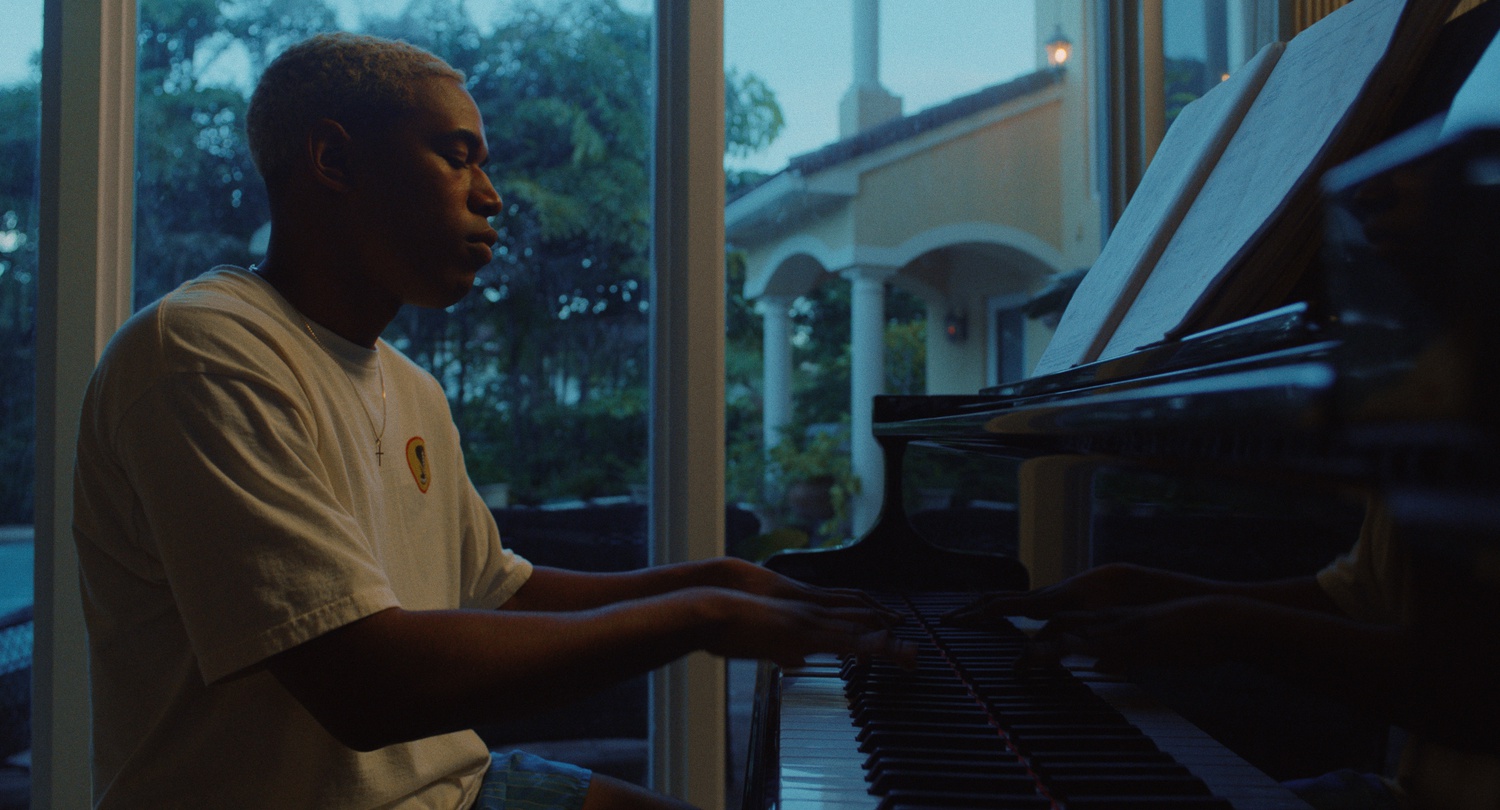 “Waves,” the latest A24 film directed by Trey Edward Shults, takes us on the roller coaster ride of suburban American adolescence. But what makes the film so unique is that it doesn’t stop there: After the ride ends with Tyler’s (Kelvin Harrison Jr.) psychological breakdown, “Waves” blurs the lines of conventional narrative by continuing after the conclusion of its central arc. Schults makes clever artistic choices to mirror his film’s ever-changing tone — namely immersive camera work and judicious editing.

The film is tonally split in half, with the first part of the movie following Tyler, a high school senior who has everything going for him — a good girlfriend, athlete status, and a supportive family. But with all these gifts comes great responsibility, and Tyler ultimately cracks under the pressure. The latter half of the film follows the rest of the family, consisting of his parents Ronald (Sterling K. Brown) and Catharine (Renée Elise Goldsberry), and his sister Emily (Taylor Russell), navigating a life where Tyler must pay the price for his destructive behavior. The film takes on two very different realities, pre- and post-tragedy.

From the opening scene on, the camera is an active participant in the film, and by extension, so is the audience. The film opens with Tyler driving with his girlfriend Alexis (Alexa Demie), who rides shotgun on a gorgeous summer day, with music blaring and Alexis’ hair blowing in the wind. The camera, situated between the two characters, pans around and around in circles, from Alexis to Tyler, back to Alexis, back to Tyler. Schults’ active lens injects the shot with vigor, life, and playfulness. The role of the participatory camera is essential throughout much of the film. In one scene, where Tyler is at a bonfire after breaking up with Alexis, the fluid, wavy motion of the camera almost shares in his confused sorrow.

Schults also uses choppy editing to reflect Tyler’s chaotic life. In the first half, these cuts are decisive and create a disjunction that establishes a fast pace paralleling the frenzied nature of Tyler’s life. For example, in the beginning of the film, there’s a series of jump cuts from a shot of Tyler’s room to photograph prints of him to a beach day with Alexis to a friend’s party and back to the car.

When Schults needs to change the tonal direction of the film, he accompanies this with appropriate formal elements. In this way, the camera movement and editing become self-effacing, which lends a sense of calm. However, this calm comes across as emptiness when put together with the sobering visuals of a broken family: Emily is almost always alone or with her new boyfriend, Luke, and the few shots of Ronald and Catharine are of them either grieving or arguing.

The film ends with parallel cuts from Catharine visiting Tyler in prison to Tyler in his cell looking at a picture of Alexis to Emily in a park to Ronald fishing, with soft acoustic music playing throughout. These final shots encapsulate the impressive range of human experiences on display in “Waves,” from high school to death to sorrow to repentance. The breadth of experience covered is overwhelming at times, and the second half sometimes feels too tonally detached from the first, as if "Waves" is really just two stories haphazardly strung together into one. Despite that, Shults’ expert audiovisual techniques enable the viewer to viscerally experience such different realities. “Waves” is able to critically engage with the concept of narrative — where it begins, where it ends, and how they can be interwoven through time and character.

— Staff writer Nuri Bhuiyan can be reached at nuri.bhuiyan@thecrimson.com.