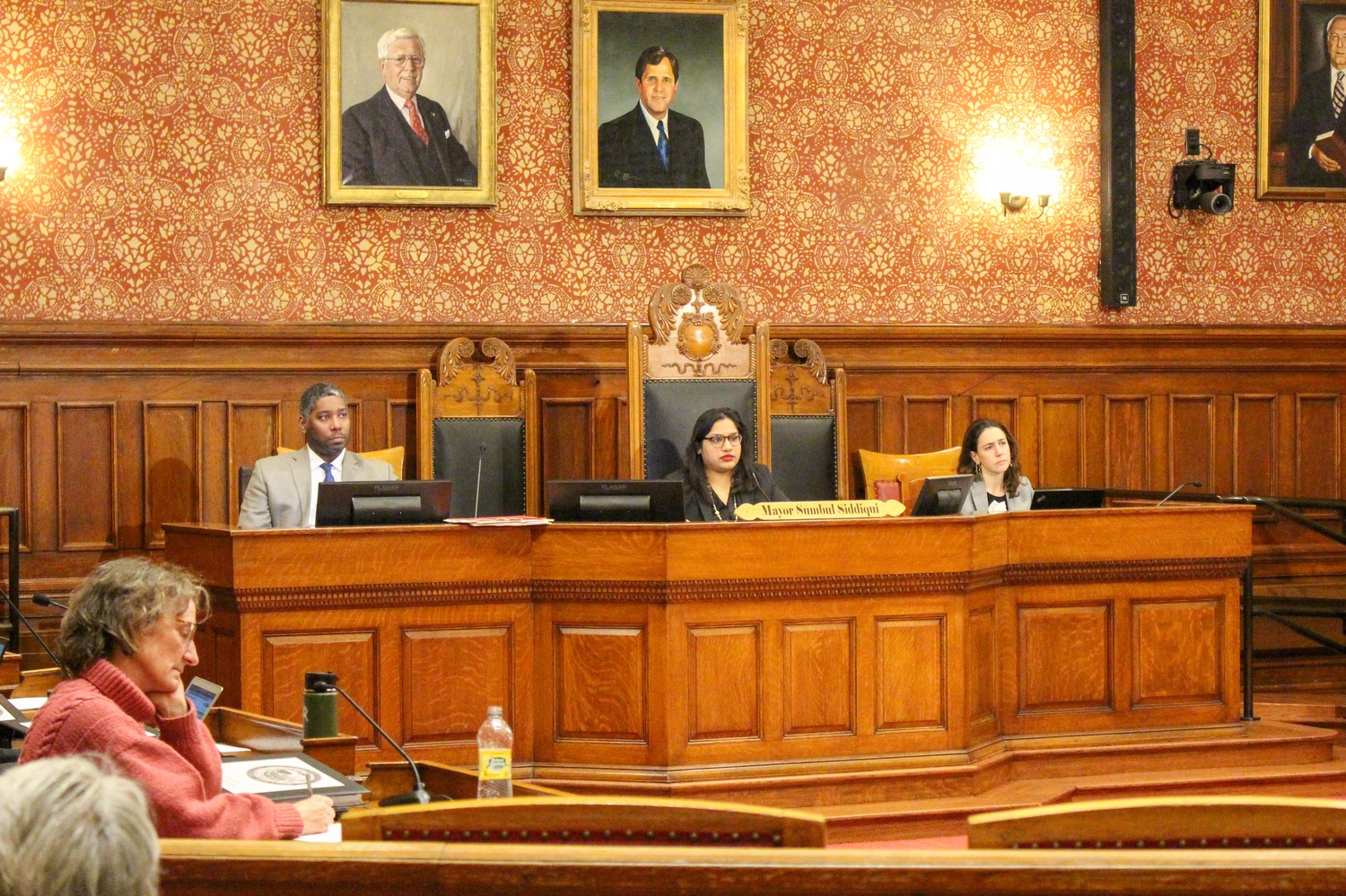 At the weekly scheduled meeting of the Cambridge City Council, which met on Monday evening in the Sullivan Chamber, Cambridge residents spoke about the 2019 Citizenship Amendment Act of India. By Ryan N. Gajarawala
By Maria G. Gonzalez, Crimson Staff Writer

The Cambridge City Council passed a resolution Monday calling on the Parliament of India to repeal the Citizenship Amendment Act and end the National Register of Citizens.

The Citizenship Amendment Act (CAA), which was passed by the Parliament of India in Dec. 2019, provides a pathway to Indian citizenship for Hindu, Buddhist, Jain, Parsi, and Christian undocumented immigrants, while denying eligibility for Muslim immigrants. The National Register of Citizens (NRC) — which was established in a 2003 amendment — will institute nationwide checks for documentation of legal citizenship, once fully implemented.

In Aug. 2019, Prime Minister Narendra D. Modi’s far-right Bharatiya Janata Party government began to use the NRC to force nearly 2 million people in the Indian state of Assam to prove their citizenship or face detention and deportation.

The Citizenship Amendment Act and the NRC sparked demonstrations from students across India, protests which the Indian government attempted to shut down by setting curfews, shutting down internet access, and deploying authorities to enforce order.

The actions of India's government quickly sparked protests across the globe.

The City Council’s resolution — which passed unanimously Monday evening — identifies the Modi regime’s “racist” and “repressive” policies as being “inconsistent with Cambridge’s values as a city that welcomes South Asian communities of all castes and religions.”

The resolution calls on the Parliament of India to “uphold the Indian constitution” by repealing the CAA and ending the NRC.

The Indian government did not immediately respond to a request for comment Thursday.

Moreover, the policy order urges Cambridge’s congressional delegation “to support legislation censuring the Republic of India for adopting these policies.”

More than 10 Cambridge residents spoke about their support of the resolution during the public comment section of the council meeting.

Kashif Ul-Huda, a Cambridge resident and Muslim immigrant from India, spoke to the significance of promoting love and acceptance in response to the CAA and NRC.

“The discriminatory laws being put in place will make millions of people — not just Muslims — illegal in their own lands, for lack of proper documentation, or even minor errors in their documents,” Ul-Huda said.

He encouraged city councilors to adopt the resolution in order to communicate that Cambridge “preaches love and acceptance, and rejects hate.”

Multiple residents said that Cambridge has a unique obligation to condemn the actions of Indian’s government.

“This city is the home of illustrious institutions like Harvard and MIT, the upcoming internationally renowned Harvard India Conference, incredible community leaders, and a legacy of innovation,” Cambridge resident Payal Kumar said.

“We have a responsibility to use our platforms and privileges to speak to these struggles, especially when our resources here in Cambridge are so intimately tied to them,” they added.

A previous version of this article incorrectly spelled Cambridge resident Payal Kumar's name and used incorrect pronouns to refer to their statements.