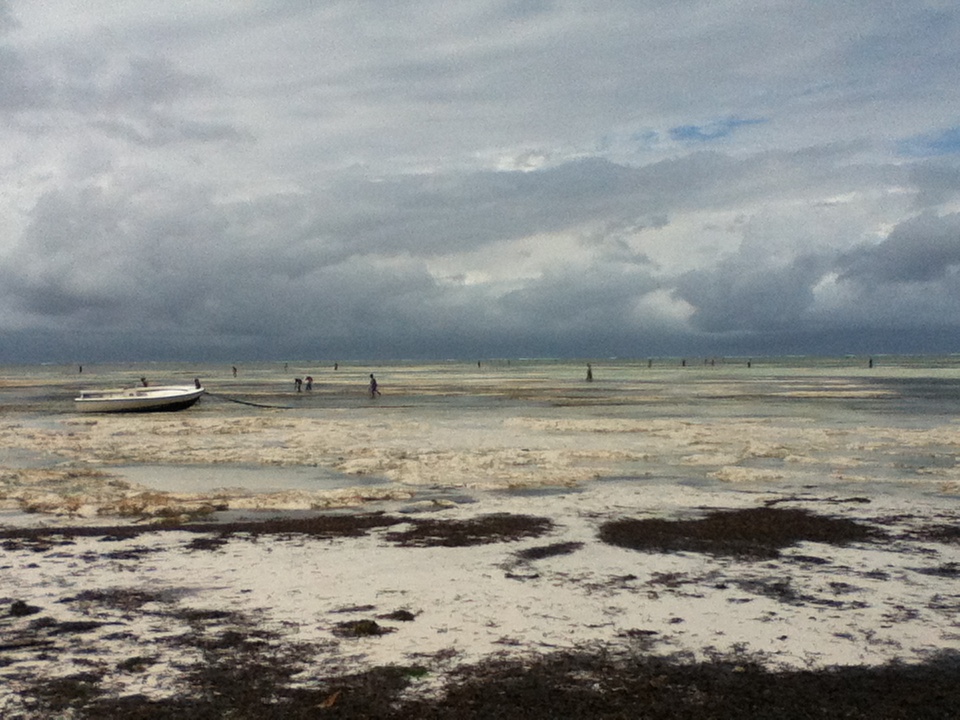 By Leanna B. Ehrlich

DAR ES SALAAM, Tanzania—The city rose half-built along the coast. Enterprise and resources somersaulted over each other, tripping and colliding in their haste to erect the next gleaming structure. Some towers soared twenty stories high, paned in rippling blue glass; next to them skeletons stood unfinished, all concrete and steel backbones with no one to complete them. Few people seemed to question why so many bare buildings lined the streets year after year. There were, after all, bigger problems.

I spent the first half of the summer in guesthouses that were basic by American standards yet prohibitively expensive for most locals. Still, I bumped up against the “real” Tanzania every day. My pale skin never failed to cause a stir on the walk home from work, no matter how much I tried to blend in with ankle-length skirts and Swahili greetings. I spent weekends in chaotic markets, hunting for bicycles and earrings and everything in between. I stuffed my money down my shirt to keep it safe, snuck into fitness clubs, and bargained for my rickshaw rides as well as I could.

I spent the second half of the summer in a diplomat’s mansion in the nicest part of the city. The peninsula jutted out from Dar defiantly, daring the street vendors and bus stands to approach. For the first time in my life, I lived as part of the one percent. I viewed the city as though I was behind a mask; there it was as I hurtled to the airport on the back of a motorbike, and there it wasn’t as I stepped through our iron gate at the end of the day. The mask slipped and I stared at a young woman with a debilitating limp from behind my taxi’s tinted windows. The mask went back up and I ignored the cashew-sellers circling outside.

I returned to Zanzibar near the end of my trip and lay on a pristine beach all day, watching the tide dance back and forth along the shore. By mid-afternoon, what was once a uniform azure became a mottled seabed. The retreating water exposed the softest sand in the world, its hidden eddies and puddles present only at low tide. Light burst from the dark clouds and illuminated the world in bright greens and hazy grays. Locals suddenly swarmed from the north, a never-ending line across the ocean floor, like Moses crossing the Red Sea. For hours, they dug through the muck to collect massive seashells that would soon crowd the walls of tourist shops.

Back on the peninsula, an ocean breeze cut across even the most stifling of days. I ran down dirt roads at dusk, past gate after gate and guard after guard. Embassies flitted by as I turned onto the road next to the ocean, where I could gaze at pink-flecked clouds and starry boats while diplomats raced home and maids trundled onto crowded minibuses which would make their way back to the bare skeletons lining the streets in the distance.