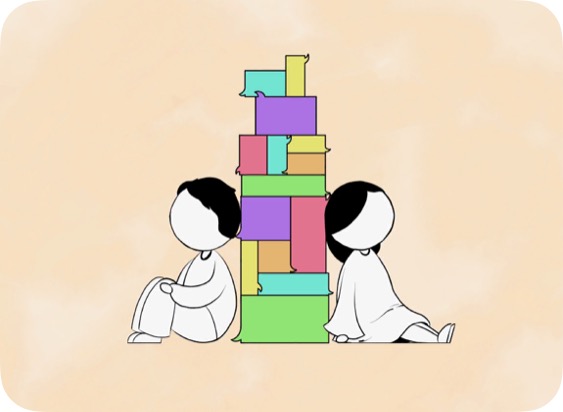 Almost every Harvard student of the past decade has contributed to the collaborative literary masterpiece that is the Q-Guide comment section. At the end of the semester, some students use their new-found freetime to craft poetic odes to a great course or professor, while others assemble cutting polemics no less artful — all in wonderful anonymity. A few highlights:

"Don’t be daunted by Ed Glaeser — he’s a cutie in disguise."

"If you have to take this class, it is because you are a sinner, for if you had not sinned, God would not have sent this course as a punishment."

Wedged between these quippy one-liners are essay-length screeds, often quoting directly from lecture or even citing previous Q-comments in delightful cross-generational self-referentialism that contributes to the Q’s impression as a unified work.

But while comments are useful and often amusing, there’s also an unsettling tenor to many of them. Consider a certain low-rated, required class in the Statistics concentration. One student felt so brutalized by one Statistics class that they felt obligated to write 880 words detailing its flaws. They quote reviews from the past several years which complained that problem sets were returned far too late to be helpful. Despite these past reviews, little change was made. We read that this student said half of their problem sets were unreturned at final exam time, and the feedback was inconsistent and unhelpful.

The reviews of many required Computer Science classes can be similarly dispiriting. One jokes that while two professors in the department are “insensitive and more or less own the fact that they are,” the third professor “differs from the two in that he is completely unaware of the effect his course is having on students.” Many of the reviewer’s classmates join them in panning the course materials in their comments, citing not only “minor misspellings / occasional off-by-one errors” but also “typos that actually affect the student’s learning.”

One review says that when these concerns are brought up, the professor “literally said to students that finding errors helps with my ~learning~ and ~depth of understanding~, but if you're like me and learning these things for the first time, all this does is create endless frustration and a shaky foundation for the rest of the CS courses you'll take.”

Another review described one professor explaining his Q-scores on the first day of class with “required+hard=sucks.” Fair enough. But too many of these complaints are not inherently about difficulty. They’re about quality. Harvard’s commitment to teaching foundational technical courses is severely lacking, and the University should be embarrassed.

There are shining exceptions. Professor Blitzstein (Q-score 4.4) read a comment that his otherwise good class was ruined by the lack of a textbook, and responded by writing an entire textbook. Professor Kohler teaches a large, unusually time-intensive CS lecture class but maintains a 4.6 Q-score through incredible conscientiousness and responsiveness to student feedback. But this receptivity is the exception. As I scrolled through the Q Guide, it felt like cohorts of STEM students were shouting their very specific and reasonable complaints into the void, unheeded.

The same University that moves mountains for endowment parity, that obsesses over cross-admit yield rates and USNWR rankings, seems not to have considered that maybe its commitment to excellence should extend to teaching. If the richest university in the world cannot afford sufficient course staff to return problem sets on time, then maybe the development office should start prioritizing pedagogy-restricted donations.

Better teaching would open the pockets of future alumni with a correspondingly better recollection of their college years. It would substantially improve yield, too. It is absolutely in Harvard’s self-interest, even narrowly conceived, to improve the quality of undergraduate teaching, and we should press the administration to appreciate this.

Finally, better teaching is a matter of social justice. My parents both have graduate degrees, and my private school prepared me very well for Harvard; in poorly taught technical classes, I can scrape by on prior knowledge and a well-educated support network. But as some Q-comments explicitly express, poor teaching constitutes an extremely unwelcoming introduction to the technical departments at Harvard that deters people of color from continuing in the these fields: “You will likely not want to continue in CS after the course if you have had little experience in the field before.”

It is great that we have a mechanism for providing feedback to professors and TFs, but too often the effort students put into their responses is wasted. Instructors have a gold mine of frequently constructive criticism that they neglect to our great disadvantage. Having the Q-Guide is a great first step, but the University needs to go further.

Professors should be expected, for example, to directly and constructively engage with negative Q reviews in their first lecture. A simple, substantially increased commitment of attention and resources from the University would both pressure and enable professors to solve a lot of the problems I’ve mentioned. I want to call Harvard the greatest university in the world with pride and sincerity, and improving its teaching is, as the Q would say, a necessary prerequisite.

Aurash Z. Vatan ’23 is a resident of Mather House. His column appears on alternate Tuesdays.