Black Music Has Lost Some Soul … And It’s Beautiful 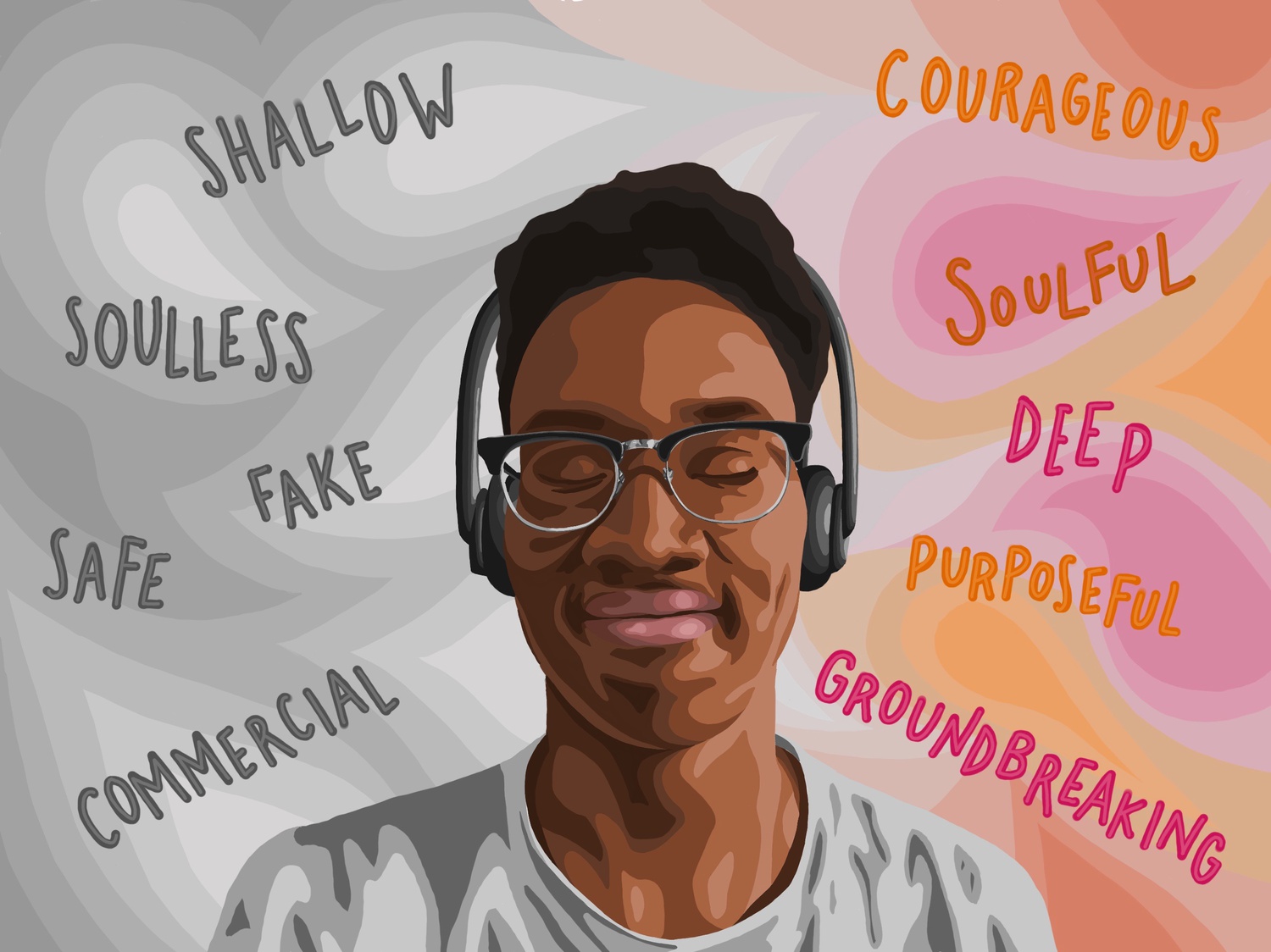 On a Monday morning, early this semester, I sat in Emerson Hall and listened to the always charismatic Professor Cornel R. West ’74 speak about Beyoncé. Though he has updated his opinion on her slightly, he noted that he had previously said Beyoncé puts on a “superficial spectacle” typical of pop music today. “Beyoncé can move,” he once said, “but Aretha Franklin needed only a microphone to thrill an audience.”

I saw some major truths in that statement. No, I am not just poking the “beehive” with this. It’s not only Beyoncé. It’s Drake; it’s Kanye; it’s Migos. It’s in pop, hip-hop, R&B, trap, rap — I mean really take your pick. It’s everyone … yet, I still don’t share Professor West’s cynicism. Here’s why.

The entire last few generations of major black music artists are in question here. They have all drawn criticism for making music that doesn’t speak to anything. Music that has no purpose apart from commercial fame and monetary gain. And sure, everyone is fond of the music they grew up with, so any criticism of music that starts with some variation of “back in my day” needs to be taken with about a tablespoon of salt.

Yet, I can’t help feeling that there’s a grain of truth in what they are saying about the current biggest artists. It’s hard not to notice that in this column I referenced Nina Simone’s “To Be Young Gifted And Black”, not Soulja Boy’s “Kiss Me Thru The Phone”. Something is telling me that “Thotiana” and songs of the like just won’t have the same amount of historical heft as we bestow on songs of a previous era.

This goes far beyond the American canon. In my other home country, South Africa, it is hard for me to invoke modern artists like Riky Rick or the Distruction Boyz in the same breath as historic greats like Hugh Masekela or Miriam Makeba. “Omunye” (a Distruction Boyz song) and “Stimela (The Coal Train)” (a Hugh Masekela song), are respectively popular, but they seem to be worlds apart. There is a depth explored, an image captured, a feeling generated, a chunk of ground broken in the music that was popular before … that I am just not sure is present with the current.

However, all of what I just said does not mean a few things. It does not mean that there are no artists making meaningful music now — and not every single song of every artist I’m referring to is meaningless either. There are definitely artists and songs that are groundbreaking and inspirational. What’s significant is that they are no longer the popular, mainstream choice. And most importantly it does not mean the music is bad. I would be lying if I told you that I have never joined Beyoncé in telling that man to put his stuff “in the box to the left”. And we all gotta “Bop” just a little with DaBaby every now and again.

Popular art reflects the popular mood in society at any given time. Surely, then, it can only be because of our own shift in mood that we are seeing a shift in creative artistry.

Popular music nowadays is certainly more playful, with more of an emphasis on money, having fun, and “living life.” These are luxuries that hard-fought freedom has bought black people everywhere in this world. Luxuries that Nina Simone, Hugh Masekela, and others like them largely did not enjoy but put so much of their music and energy towards achieving for their peoples and those that followed.

This is the critical point that I think Professor West was missing. This wave of black music we are living through is one of the most beautiful expressions of black freedom that was fought for by the work of those that came before. And whether the music is good or bad is not as important as the simple fact that it can exist.

We should be in awe of the fact that rappers can spend hours talking about drugs, money, and sex because that means they have the freedom and means to even consider that. We should bask in the glory of the fact that singers can sing about their hair or jewelry because that means that they do not have to be singing just for their right to exist. We should take pride in the fact that not every song has that “historical heft” I spoke of because it means we have the luxury of living in a world where we can afford to have music that does not have to be historical.

Whether they knew it or not, this is part of what the artists that came before were putting their energy towards. And now that we have it, we should not be hesitant about it or attack it. We should embrace it. Love it. Enjoy the feeling it gives us and use that as the impetus to continue to push for more freedom going forward.