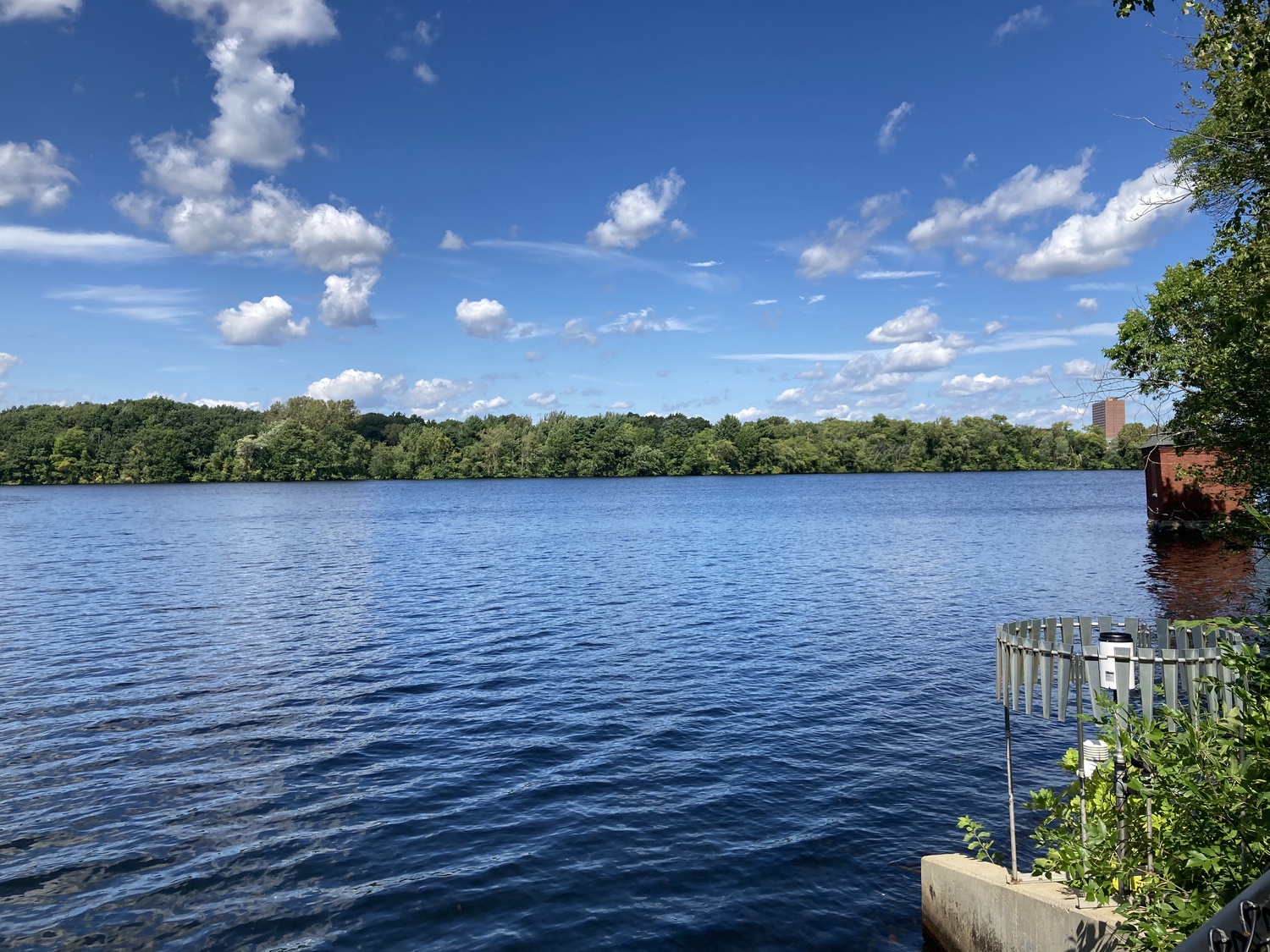 Cambridge’s water moves from the Stony Brook Watershed to reservoirs at Fresh Pond and through a treatment facility before flowing into the taps of homes in the city. By Julian J. Giordano
By Elias J. Schisgall, Crimson Staff Writer

Cambridge will return to sourcing tap water from the city’s own water supply, less than three months after it temporarily switched water sources due to rising levels of concerning chemical pollutants, the city announced Thursday.

After samples of Cambridge tap water revealed levels of perfluoroalkyl and polyfluoroalkyl substances were approaching the legal limit in Massachusetts, city officials announced a temporary switch to using water from the Massachusetts Water Resources Authority beginning Aug. 30, which supplies tap water to Boston and Somerville.

But on Thursday, officials said that levels of the synthetic pollutants — often referred to as PFAS chemicals or “forever chemicals” — dropped from 17.1 parts per trillion to less than five parts per trillion due to new Granular Activated Carbon filters, prompting a switch back.

In the release, City Manager Yi-An Huang ’05 said he was “committed to providing high-quality water” to Cambridge residents.

“My children and I continue to drink our city’s tap water with confidence,” Huang said.

PFAS chemicals are widely found in nonstick cookware, clothing, food packaging and other household products, and can take years to leave the human body once ingested. They have been linked to health risks including birth defects and certain cancers, according to the CDC.

In a report released Thursday, the EPA announced it will propose a “National Drinking Water Standard” for two PFAS chemicals by the end of the year.

Samuel Corda, managing director of the Cambridge Water Department, said in the press release that GAC filtration proved “very effective” for removing the chemicals from water “in conjunction with other pretreatment methods.”

“More frequent GAC media replacement is now a part of our preventative maintenance practice to ensure we can remove PFAS from our drinking water,” Corda said.

The release said only two filters have been installed out of a planned six, and that the city “expects continued reductions in PFAS levels” following the installation of the last four.

Cambridge owns and operates its own water system, which supplies water to over 100,000 Cantabrigians. The city’s water moves from the Stony Brook Watershed to reservoirs at Fresh Pond and through a treatment facility before flowing into the taps of Cambridge homes.

According to the release, the city paid $1.5 million for the installation of the new GAC filters and roughly $7 million for two-and-a-half months of MRWA water.