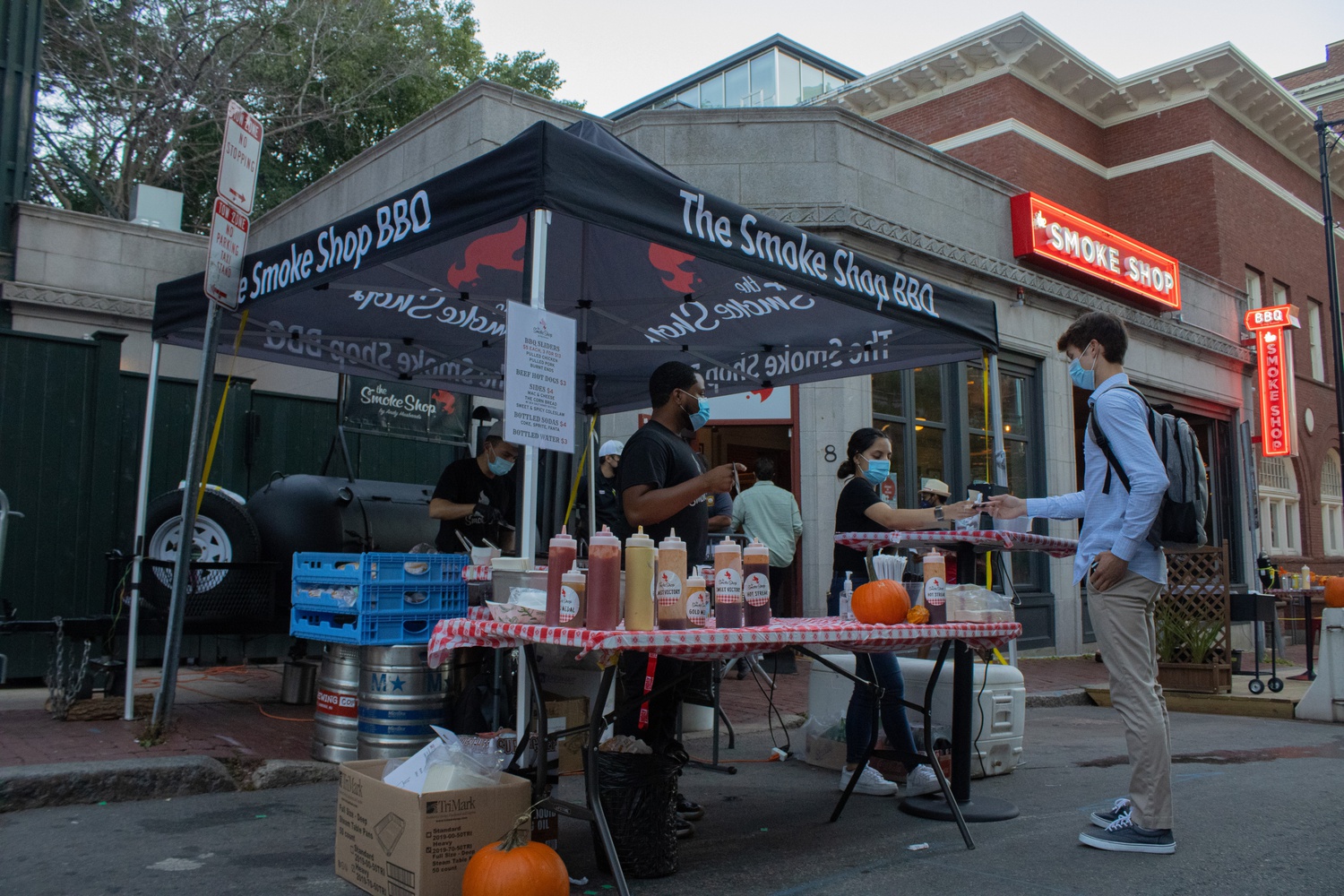 The eight-hour-long event officially welcomed the Smoke Shop BBQ, which opened its Holyoke Street location last October, to Harvard Square. At the block party, the restaurant served up some of its staples, like barbeque sliders, hot dogs, mac and cheese, corn bread, and sweet and spicy coleslaw.

The Smoke Shop BBQ was voted Boston’s best barbeque by Boston Magazine this year. The restaurant has four other locations in the state besides Harvard Square: Assembly Row, Kendall Square, Seaport, and TD Garden. In addition to dining and catering, the restaurant offers a variety of in-house special events ranging from whiskey tastings to a Kentucky Derby party.

Liz Cohen, a resident of Arlington, said she came across the hoedown while searching online for fun activities near Boston.

“It smells amazing,” Cohen said. “We came here actually trying to do the country dancing — the square dancing.”

Wynne L. Freed, an attendee who lives near Central Square, said she was especially excited for the closing act, local performer Frank Drake, whom she called “an amazing musician.”

While the Harvard Square Business Association hosted several events last year with Covid-19 safety precautions, it did not resume its programming in earnest again until this past summer, according to Denise A. Jillson, the president of the association.

“We knew going into this event that it was going to be mellow, and it would be a little bit quieter, but it’s been very nice,” Jillson said in an interview at the event. “We want to be able to assure people that they can come to Harvard Square, that we can run these events, that they will be safe, that we will take all the precautions that we need to be outside.”

Jillson added Cambridge residents can look forward to more events in the coming months, including Oktoberfest and Winter Carnival.