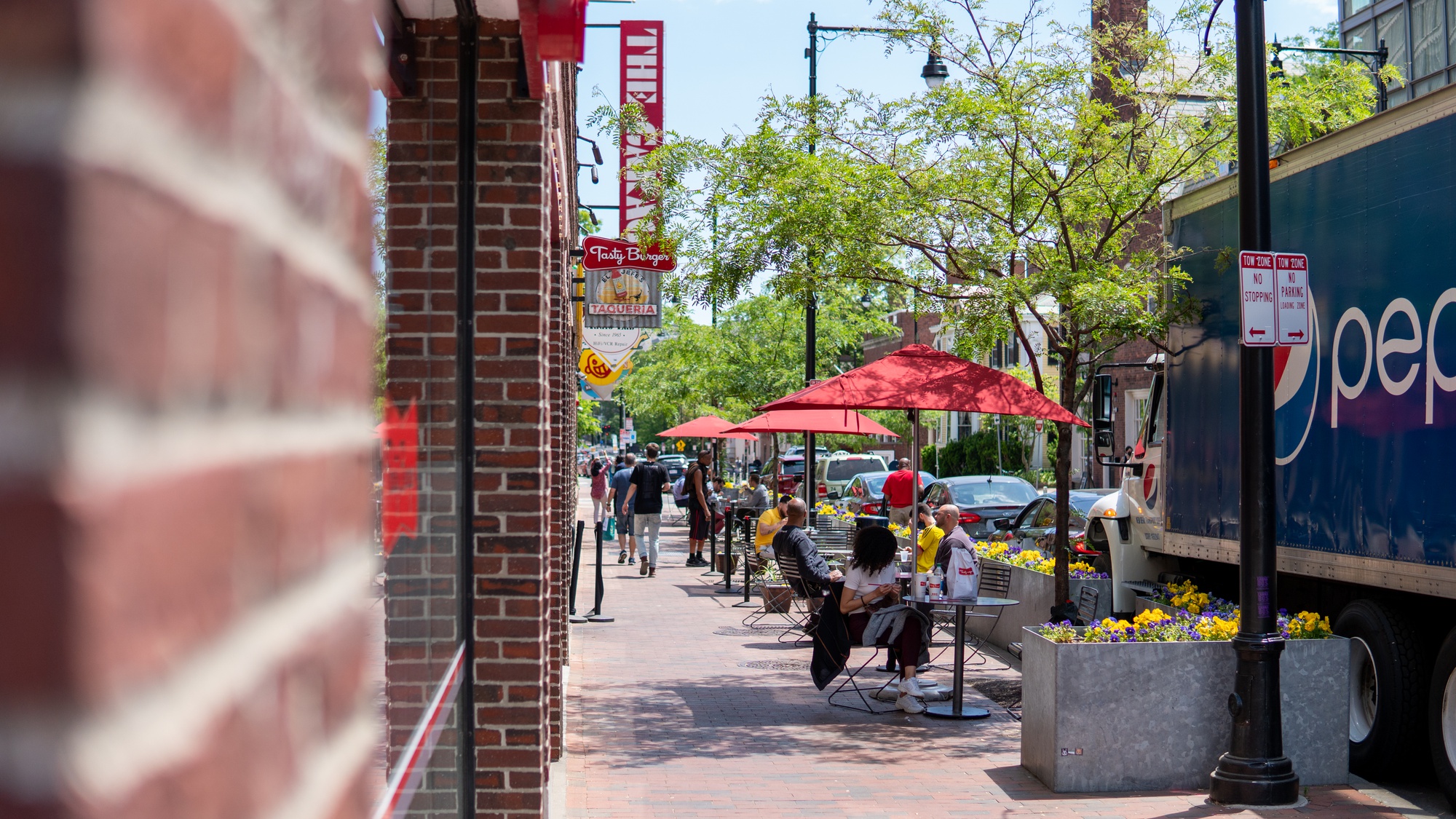 After a year of uncertainty, Harvard Square business owners are looking forward to welcoming more tourists and students to the Square in the next few months, now that Covid-19 vaccines are readily available in the Commonwealth of Massachusetts.

Theodora M. “Theo” Skeadas ’12, executive director of Cambridge Local First, a non-profit network of over 450 local and independent businesses in the city, said the Square would “rebound,” though she recognized that recovery will be “difficult” for some businesses.

“People are really excited to be social and reconnect, and I’ve been walking around the city, all over the place, and it’s just exciting to see people coming back into the Square and engaging with local businesses,” she said. “The challenge is that we lost a lot of businesses and those are not coming back.”

Reflecting on the past year, Nhon T. Ma, co-owner of Zinneken’s Waffles, said he thinks it will “take some time” for Harvard Square to return to normal, though he said his business is “doing fine” for the time being.

“Hopefully we are here to stay for the long run,” he said. “Especially if we survived this past year, I think we can survive almost everything.”

Many Harvard Square businesses struggled to stay open during the Covid-19 pandemic as they dealt with local and state public health restrictions and a significantly smaller customer base.

Denise A. Jillson, executive director of the Harvard Square Business Association, said the pandemic was “devastating” to businesses in the Square.

Skeadas agreed with Jillson that the pandemic has been “really hard” for local businesses.

“Harvard Square has witnessed a profound loss of its local business sector in the last three, four, five, even ten years, and those trends amplified during the pandemic,” she said.

Jillson estimated that the number of businesses operating in Harvard Square decreased from 300 in March 2020 to around 270 today.

In the past year, small businesses with decades of history in the Square — like Café Pamplona and Border Cafe — decided to permanently shutter their doors as a result of the pandemic.

Even businesses that remained open faced significant challenges, and were forced to make changes to their operations.

Daniel P. Roughan, owner of Source — a farm-to-table pizzeria that opened in December 2020 in the midst of the pandemic — said the first two months were “absolutely tragic” for his business.

“My accountant, after the first month, told me I should close the business, because at the rate of money we were losing, I would have been bankrupt by February,” he said. "That was all due to Covid.”

“We closed on Mondays and Tuesdays. I reduced my menu, I got credits back on a lot of product that I had not used, and then we furloughed 50 percent of our staff,” Roughan added. “A very small team of us worked every single day, bared with it, and just kept pushing forward.”

Jillson noted many businesses in Harvard Square survived precisely because they are small, local ventures.

“The strength of our community lies with our smaller businesses. Over 70 percent of our businesses are locally owned and independent,” she said. “Because of that, our decision makers are on the ground here in Harvard Square. Open the door: they’re at the point of sale, they’re stocking shelves, they’re bringing in inventory, and they’re flipping burgers.”

“When the pandemic hit, they had the ability to quickly respond to what was going on,” she added. 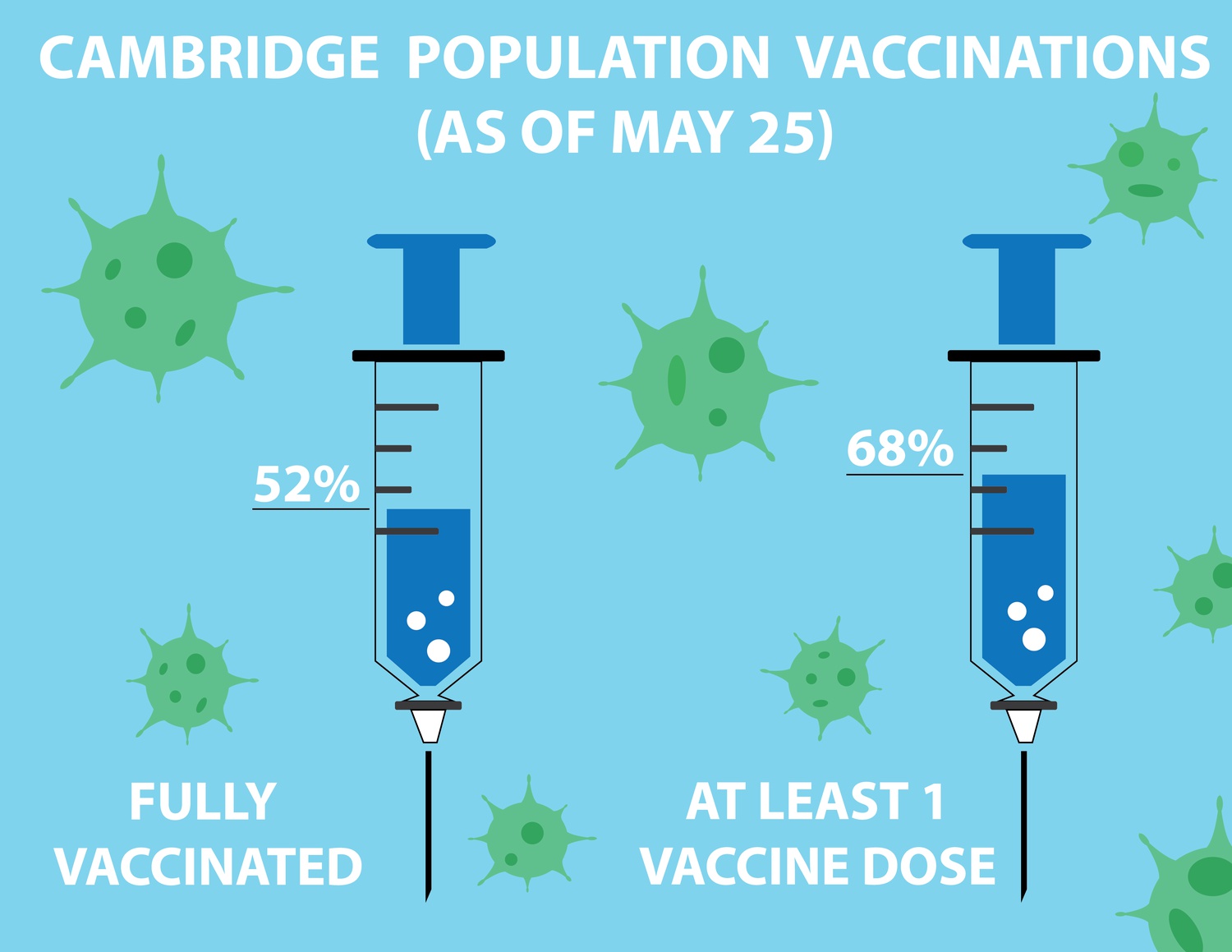 As the number of vaccinated people in Cambridge and Massachusetts began to increase, local and state officials started to lift restrictions on businesses accordingly. By Angela Y. Li

As the number of vaccinated people in Cambridge and Massachusetts began to increase, local and state officials started to lift restrictions on businesses accordingly.

Alex Meriwether, general manager of the Harvard Book Store, noted that his store has been able to start gradually returning to its pre-pandemic business model in the past few weeks.

“We’ve been able to extend our hours, and expand capacity a bit at the store, and we’ve seen more customers looking to come shop in-person, as vaccination rolls out,” he said.

He added that his staff members sometimes feel a return to a sense of normalcy at the store.

“We’ve already had some days in the bookstore where our staff and booksellers turn to each other and say, ‘Wow, it actually feels kind of normal today,’ so I think we’re all just going to feel more and more of that, and that’s exciting, and that’s a relief,” he said.

Dana S. Nentin, owner of Playa Bowls, also noted the impact that the University’s gradual return to normal functions has had on her business. She saw an “upward trend” in sales after the start of the spring semester, when the College expanded spring housing to fill 3,100 beds.

“I think with the lifting of restrictions, as well as the full return of students in the fall, we’re hopeful this trend will continue through the summer and into next year as well,” Nentin said. 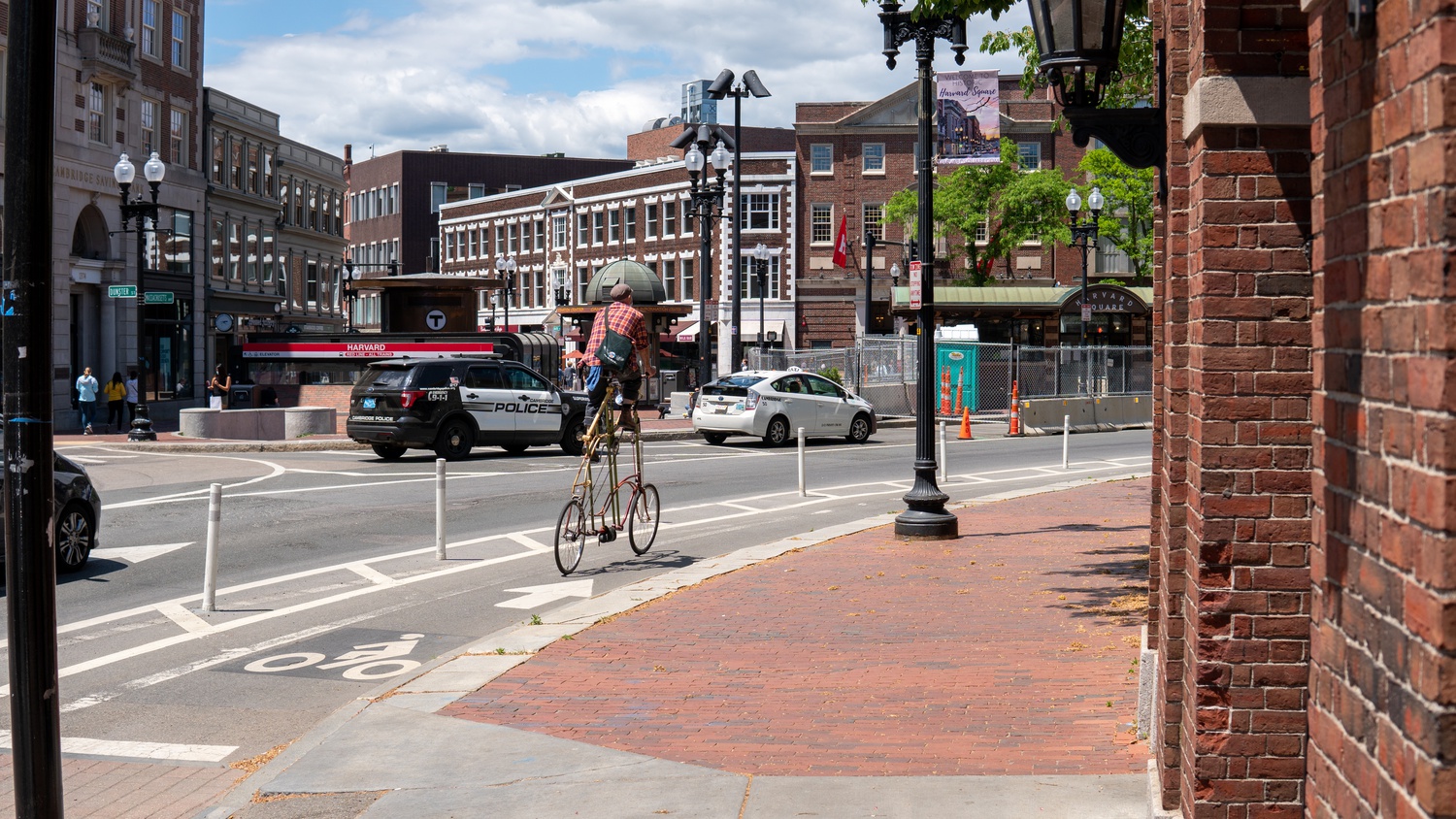 Ma cautioned, however, that summer has always been “slow” for his business, Zinneken’s Waffles.

“I think we can expect some very slow months ahead,” Ma said. “Hopefully, we can still do some decent business when it comes to delivery, pickup orders, and so on.”

Jillson also acknowledged the Square will likely not have as many visitors this summer as it has had in previous summers.

“We would love to see people from all over the globe, but we know that circumstances will probably prevent that, but we anticipate that we’ll have some visitors, and I look forward to that,” she said. “I believe that by 2022, things will be back to where they were pre-Covid.”

The full return of the student body at Harvard in late August has raised hopes of a rapid return to normal operations. The College, for example, has announced it will accommodate “normal housing density” and host all fall courses in-person.

According to Jillson, the return of thousands of students will revitalize Harvard Square.

“The most important thing for us at the moment is getting the foot traffic back in Harvard Square, so we need the students back, we need the University back, we all need to get back to business,” she said. “When that happens, the economy of the Square will begin to blossom again.”

Skeadas agreed that the impact of students returning to the Square is “huge.”

“Students are thousands of people who partake in the local business ecosystem in different ways. Obviously eating out is a really big one, but also they buy clothes, they shop for different kinds of accessories,” she said. “[Students] are a huge percentage of the city’s population, especially in Harvard Square.” 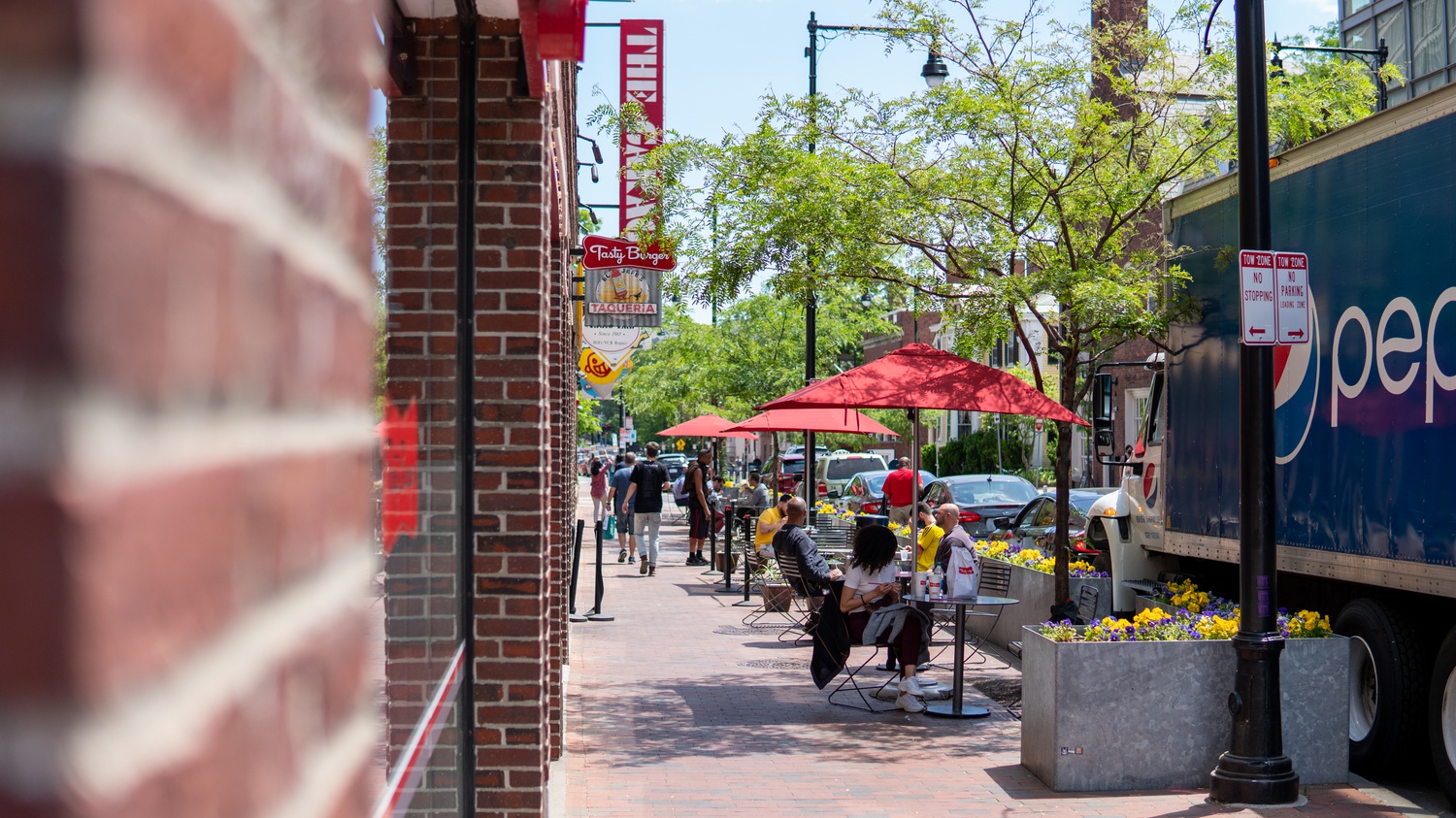 Despite the difficulties the pandemic wrought, it pushed some businesses to make improvements that will continue to benefit them in the future.

For Roughan, one of the “silver linings” of opening mid-pandemic was the ability to put in “a specialized system that no other restaurant or business at the time had” for its heating, ventilation, and air conditioning.

Meriwether said the pandemic forced the Harvard Book Store to put “a lot of work” into its online ordering system.

“We’ve had an e-commerce business for many, many years, but [we] added staff to that and went through several phases of updating our procedures and workflows around online ordering, and we’ll continue to work on that,” he said.

Jillson said her “appreciation” for the Square and its inhabitants has grown.

“The buildings are here, and we love the buildings, but it’s not the buildings that make up the character of the Square, it’s the people,” she said. “I just have a greater appreciation for the people of all sorts, because they have shown, over this past year, their great strength, their resilience, their perseverance, their grit, and their determination.”