Dean of the Faculty of the Arts and Sciences Claudine Gay acknowledged in a March faculty meeting that, despite the best efforts of University leaders, Black academics at Harvard face “particular challenges” in addition to already-rigorous teaching and research responsibilities.
By Leah J. Teichholtz and Andy Z. Wang 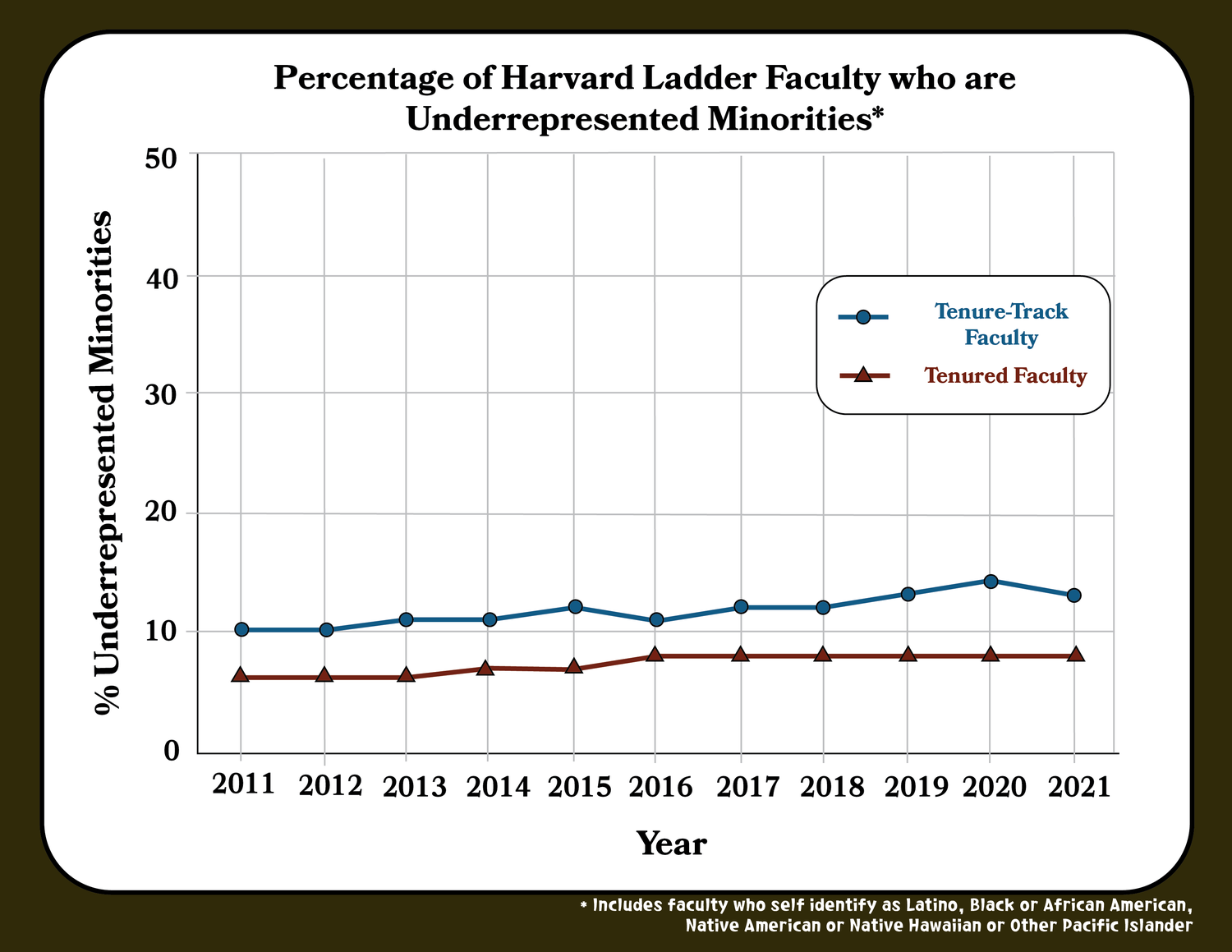 Earlier this semester, Harvard — and many pockets of the academic world — erupted in controversy after Professor Cornel R. West ’74 threatened to leave Harvard for the second time, after the University allegedly denied his request to be considered for tenure.

Ultimately, West — a Professor of the Practice of Public Philosophy at the Harvard Divinity School and of African and African American Studies in the FAS — did elect to leave Harvard, departing for Union Theological Seminary in New York. West, however, is just one of many Black faculty in recent years who have decided to leave Harvard.

Indeed, Dean of the Faculty of the Arts and Sciences Claudine Gay said in a March faculty meeting that, despite the best efforts of University leaders, Black academics at Harvard face “particular challenges” in addition to already-rigorous teaching and research responsibilities.

“Our ultimate goal is not just about recruitment and promotion,” Gay said. “It’s also about creating a community in which a diverse faculty, including Black faculty, can thrive. And that’s where we still have work to do.”

Following West’s threat to depart, student organizers rallied in support of granting him tenure and said the controversy spoke to overarching issues that faculty of color face at Harvard.

Injil Muhammad Jr. ’21, a former president of the Black Men’s Forum and a contributor to a student-run petition, said the University’s alleged refusal to reconsider West for tenure was a “slap in the face.”

“Regardless of his race, the fact that professor Cornel West was denied tenure consideration was ridiculous. But then you consider the fact that he’s Black,” Muhammad said. “It just shows that our contributions are not valued as highly as others, quite frankly.”

In an interview with the Chronicle of Higher Education, West said that his situation and treatment by the University was emblematic of “a much larger crisis in higher education.”

“Black scholars and too many others are too often disrespected, devalued, or dismissed,” West said.

In response to a recent survey of all FAS faculty conducted by The Crimson, 50 percent of surveyed faculty strongly disagreed that Harvard has a healthy level of BIPOC representation within the FAS’s ranks, with another 30 percent somewhat disagreeing. Just seven percent of respondents believed that the FAS had healthy BIPOC representation.

“I will state unequivocally that the entire academic leadership of the FAS is committed to recruiting, retaining, and enabling the research and teaching of a diverse faculty,” Gay said at a faculty meeting. 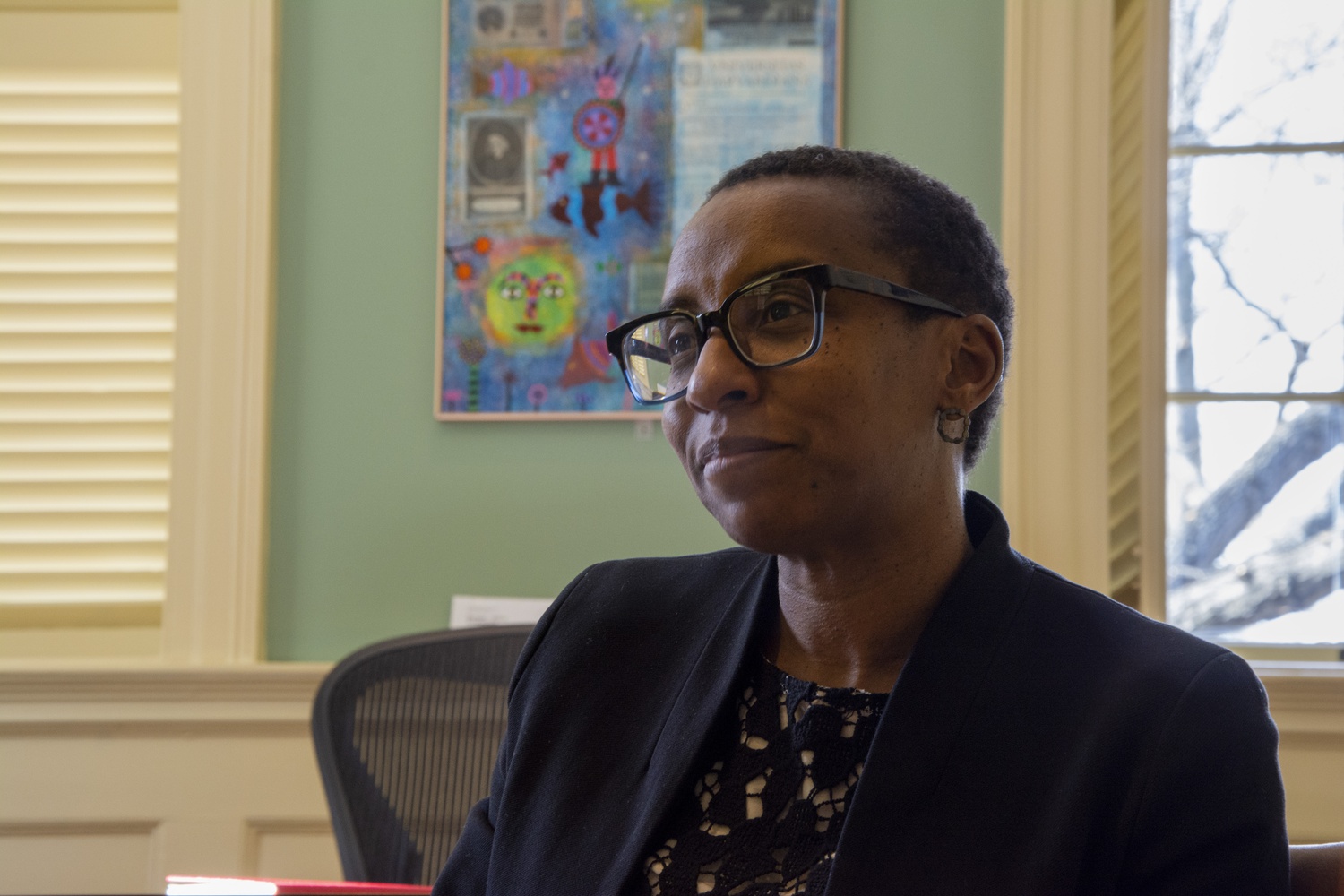 The University has made some progress recruiting and keeping diverse faculty in the last decade.

Harvard’s publicly available faculty demographic data does not disaggregate racial or ethnic groups within the category of “underrepresented minorities,” which encompasses faculty who identify as Latino, Black or African American, Native American or Native Hawaiian or Other Pacific Islander.

According to the latest annual report from the Office of the Senior Vice Provost for Faculty Development and Diversity, 15 percent of faculty appointed to tenure or tenure-track positions across the University in the last four years identified as underrepresented minorities. In a comparable time period from 2007 to 2011, just 10 percent of new tenure and tenure-track hires identified as such.

Yet, change in the faculty through hiring has been relatively slow — and the faculty remains largely white. While five percent of tenured faculty and 11 percent of tenure-track faculty in 2007 identified as underrepresented minorities, those numbers have only increased to eight percent and 13 percent in 2021, respectively.

Gay said the challenges of recruiting and retaining a diverse faculty are longstanding issues.

“It took generations for us to arrive at where we are right now. It’ll take time — hopefully not generations — to change,” Gay said in a March interview with The Crimson. “Change takes time. It doesn’t seem like a profound statement. It just seems obvious.”

‘How to Rebuild Your Community’

Vincent A. Brown, Professor of American History and of African and African American Studies, has been at Harvard since 2002, but wrote in an email that the departure of Black colleagues the last few years have been “difficult.”

For Brown, one particular challenge as a Black scholar is seeing his colleagues depart each year, making it difficult to find community. In the past few years, on top of West’s departure, he has seen professor Marla F. Frederick leave for Emory, professor Laurence A. Ralph depart to Princeton, and professor Elizabeth K. Hinton — whom he wrote was one of the History department’s “brightest stars” — accept a position at Yale.

And on Tuesday, members of the African and African American Studies faculty learned that professor Braxton D. Shelley had also opted to leave Harvard for Yale starting in the fall of 2021.

“Now, part of this is just a natural progression. People move on, great new colleagues arrive, places change,” Brown wrote. “But for those of us left behind, there is always the question of how to rebuild your community — and whether you can do it here or feel that it's time to start over someplace else.”

Organismic and Evolutionary Biology professor Scott V. Edwards, who last year biked 3,200 miles to raise support for the Black Lives Matter movement, said that he often feels “isolated” as a Black scholar at Harvard, especially since “ there are diverse worlds out there.”

“In other words, it’s not a question of, ‘Can we have diversity at the highest levels of scholarship at Harvard?’” Edwards said. “So when you see it in other contexts, it becomes even more important to build it at Harvard.”

Gay — the first person of color to serve as FAS dean — also acknowledged these burdens borne by Black faculty members.

“We know that faculty of color continue to face particular challenges that other faculty do not. It’s not easy to be the first person of color in your department,” she said at a faculty meeting. “Faculty of color are advancing their teaching and research and fulfilling their commitment to academic excellence, and doing so right alongside others who do not face the same demands.”

The departures of Black scholars have also had a profound effect on the experiences of Black students at the College.

Kyra I. March ’22, former president of the Association of Black Harvard Women, said she worries about the lack of intersectionality at Harvard. There are no Black female professors in the Women, Gender, and Sexuality program, according to March, and only one Black professor.

“It’s just sad because you have these white professors talking about how they value intersectionality and how they’re dedicated to diversifying the different readings that we have in the classroom, but the people who are leading these courses are not Black,” March said.

Muhammad shared a similar sentiment, calling it “a really powerful experience” to be taught by Black faculty.

“When you get the chance to see Black faculty at the front of a classroom defining the curriculum, selecting the readings, informing the discussion, that experience is just unparalleled,” he said.

“And to be able to do that with someone who looks like you at the front of the classroom just does wonders for your confidence, your ability to feel comfortable — and it's honestly empowering,” he added. 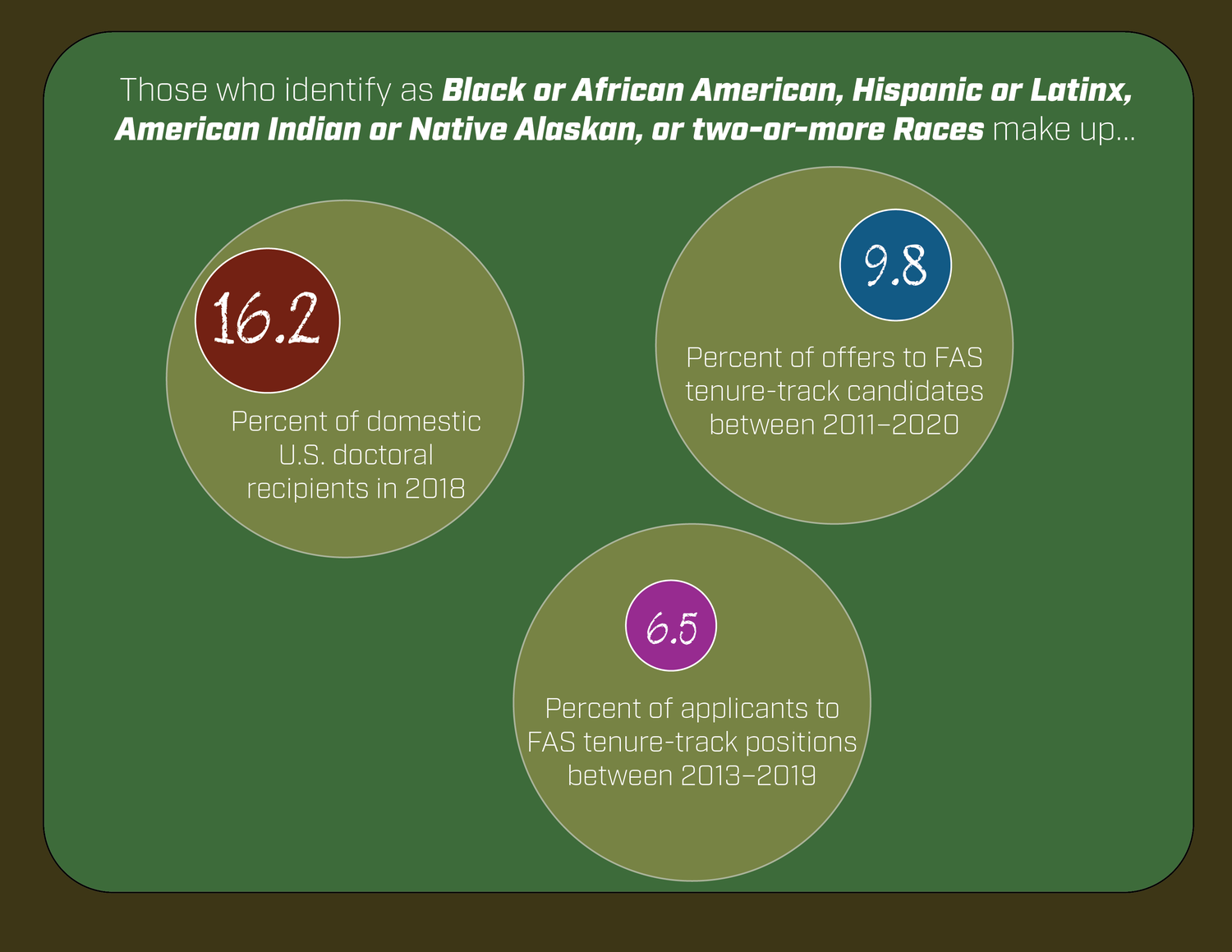 Though student organizations came together in support of West, March said advocating for more Black representation in faculty should not be a “Black or other POC-org problem.” Rather, the onus should be on the administration to create change.

“Making student organizations do all this work is really just making things worse, because that’s just using our energy for things that we shouldn’t have to advocate for,” March said. “We shouldn’t have to ask them to bring in Black women faculty or to keep professors who have made such large changes in the field of Black studies.”

March said though she feels fortunate to have been taught by West and Hinton, she worries that their departures will hamper the experiences of future students, who will not be able to take courses like West’s AAAS 10: “Introduction to African American Studies.”

“There’s going to be this void that needs to be filled, and I don’t know how the college and the department are going to fill it and fill it soon,” March said.

Muhammad agreed, saying that West’s firing was “completely demoralizing” for his academic trajectory.

‘Opportunities that We Simply Haven't Grasped’

Muhammad called upon the University to grant tenure to more Black scholars, which would allow them to “have the flexibility and the competence to speak their minds.”

“They can start by starting to give amazing black faculty tenure and tenure consideration. Representation is important and it's important in and of itself,” Muhammad said.

Beyond hiring and retaining more Black faculty, Edwards said reconsidering other aspects of the University — such as staff hiring — may help make Harvard a more inclusive space for Black scholars.

“Harvard does hire faculty slowly, but I also know that we’ve had opportunities that we simply haven’t grasped,” Edwards said.

Edwards said that though OEB has “hardworking, really wonderful” staff members, they are not as ethnically diverse as one might like.

“Faculty and students are dealing with staff every day, and we just need to work harder in that area,” he continued.

Charleston, Harvard’s inaugural CDIO, wrote in an emailed statement that Harvard has a “commitment to making demonstrable progress” in the field of diversity while recognizing “there is much work to be done.”

“Creating a culture of inclusiveness is core to [the Office of Diversity, Inclusion, and Belonging’s] mission, and integral to maintaining a vibrant intellectual and academic community at Harvard,” she wrote. “But it’s only something we will achieve by working collectively as a community to ensure that our actions meet our aspirations.”

“There is concerted effort underway across our schools to identify tangible ways to recruit and retain faculty who bring new perspectives, scholarship, and innovative teaching,” she continued.

“Professor Cornel West being denied tenure consideration was the quintessential example of their not adhering to that claim,” Muhammad said. “He’s a world-renowned intellectual, world-renowned professor. So that just shows that it’s probably not going to happen for anybody else either.”

Nonetheless, West said he had a “wonderful talk” with Gay after he had made the decision to leave Harvard, in which he advised her on how to retain faculty of color at Harvard.

“I told her that I want to do all I can to make sure that she’s able to push through to get high quality candidates of color and gender,” West said. “I can do that at a distance. I don’t have to be at Harvard to do that.”

Gay reaffirmed the FAS’s commitment to supporting Black scholars during a faculty meeting.

“Harvard as a place where Black scholars can succeed is what we are committed to as an institution,” she said. “It’s the future we need and are striving to build, and getting there has my full attention.”