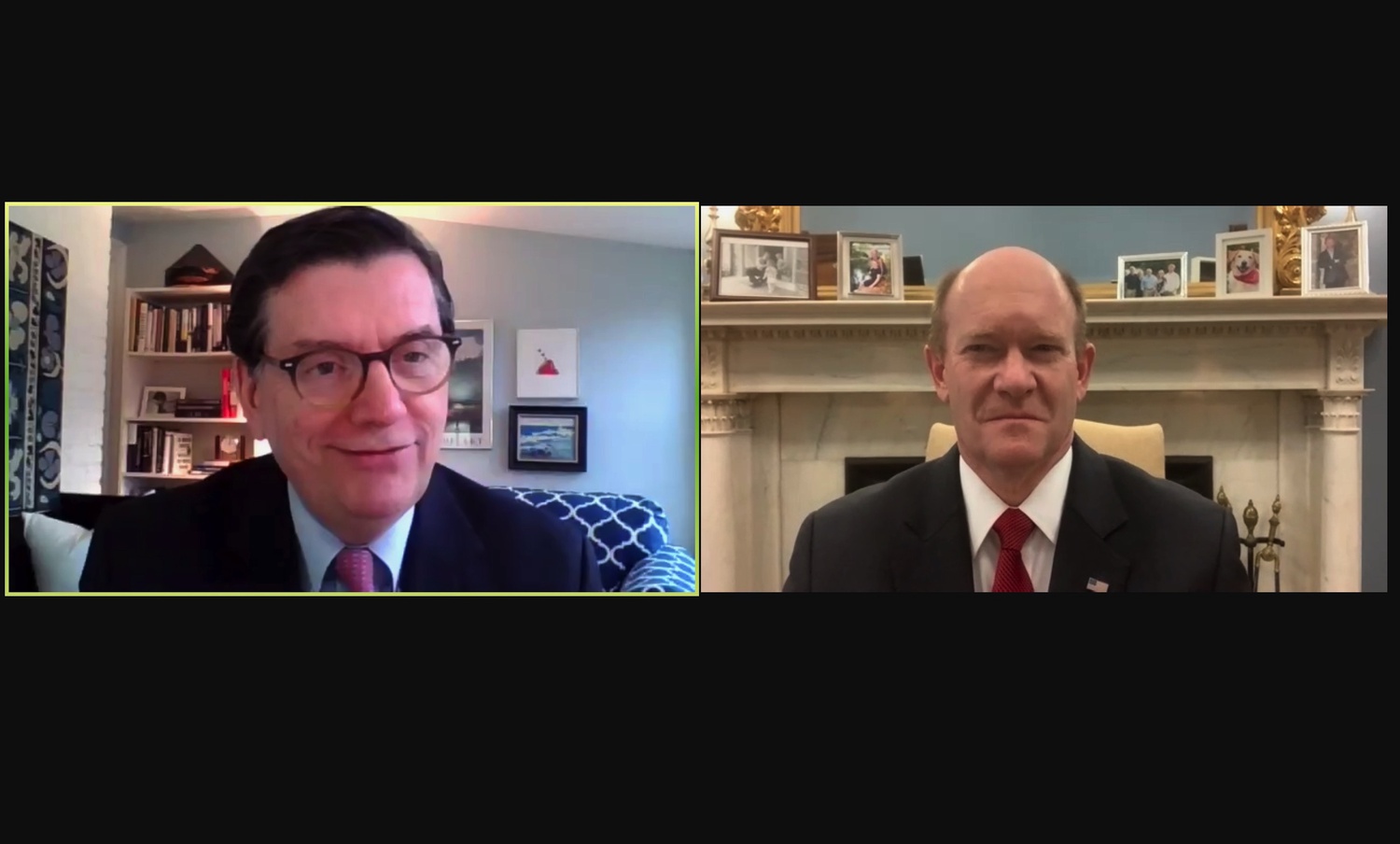 Sen. Christopher A. “Chris” Coons (D-Del.) underscored the importance of promoting national service to bridge partisan divides and restore democratic values at an Institute of Politics forum event on Wednesday.

Coons has long championed the expansion of national service programs; he recently helped secure $1 billion in funding for the government-backed program AmeriCorps in the American Rescue Plan, signed into law by President Joe Biden on March 11.

Citing national service as one of the “most broadly bipartisan ideas” on Capitol Hill, Coons said the power of service is two-fold, at once uniting Americans of diverse political views and fostering national pride.

“Those are two important pieces of why President Biden and I and many others here in the Senate see national service as a vital part of addressing the civic moment we are in right now, when we are so divided on partisan lines — and where there are so many questioning the very project of citizen leadership and of democracy,” he said.

For Coons, a renewed vigor for national service not only requires robust federal funding, but also a “new way to frame” the value of service. The senator cited the Civilian Climate Corps — a new program aimed at employing Americans to combat climate change — as a service initiative that could, in conjunction with pre-existing initiatives like the Civilian Conservation Corps, gain bipartisan support.

“The Civilian Conservation Corps was an FDR program in the depths of the Great Depression that gave millions of Americans the opportunity to be engaged in improving the infrastructure in our public lands and our national parks,” he said. “I am hopeful that we will find some bipartisanship in support of the expansion of the Civilian Conservation Corps, which already exists in almost every state in America.”

“The term that I hear more often these days than any other to describe one’s political opponents is, ‘They’re crazy. That’s just insane,’” Coons said.

“The language I hear commonly used throughout our country about political opponents has stopped being about policy differences, and has started being about marginalization, disrespect, and an unwillingness to work together,” he added.

Despite similarities to the political turbulence of past decades, Coons said specific developments — including the storming of the U.S. Capitol on Jan. 6 — mark a unique chapter in American history. He pointed to the power of national service to heal the nation amid these challenges.

“The events of the last year have strained the bonds of citizenship and fellow feeling amongst Americans, in some ways more than at any point in my life,” Coons said. “And that’s why we need to reinvest in reviving a sense of our shared civic purpose, and the significance of democracy.”

As he concluded his reflections, Coons said he was “humbled” to be attending the virtual panel from what was once former Sen. John S. McCain’s office — behind him stood photographs he had taken with the late senator on trips to Afghanistan and Vietnam.

Coons urged young Americans to assume the mantle of civic engagement, emphasizing that no political party possesses an “exclusive hold” on patriotism.

“I know that you have the heart and the passion and the energy that will save our democracy, bring us together as a nation, and move us forward,” Coons said, addressing his virtual audience. “And I cannot tell you how urgent and how rewarding that work is.”