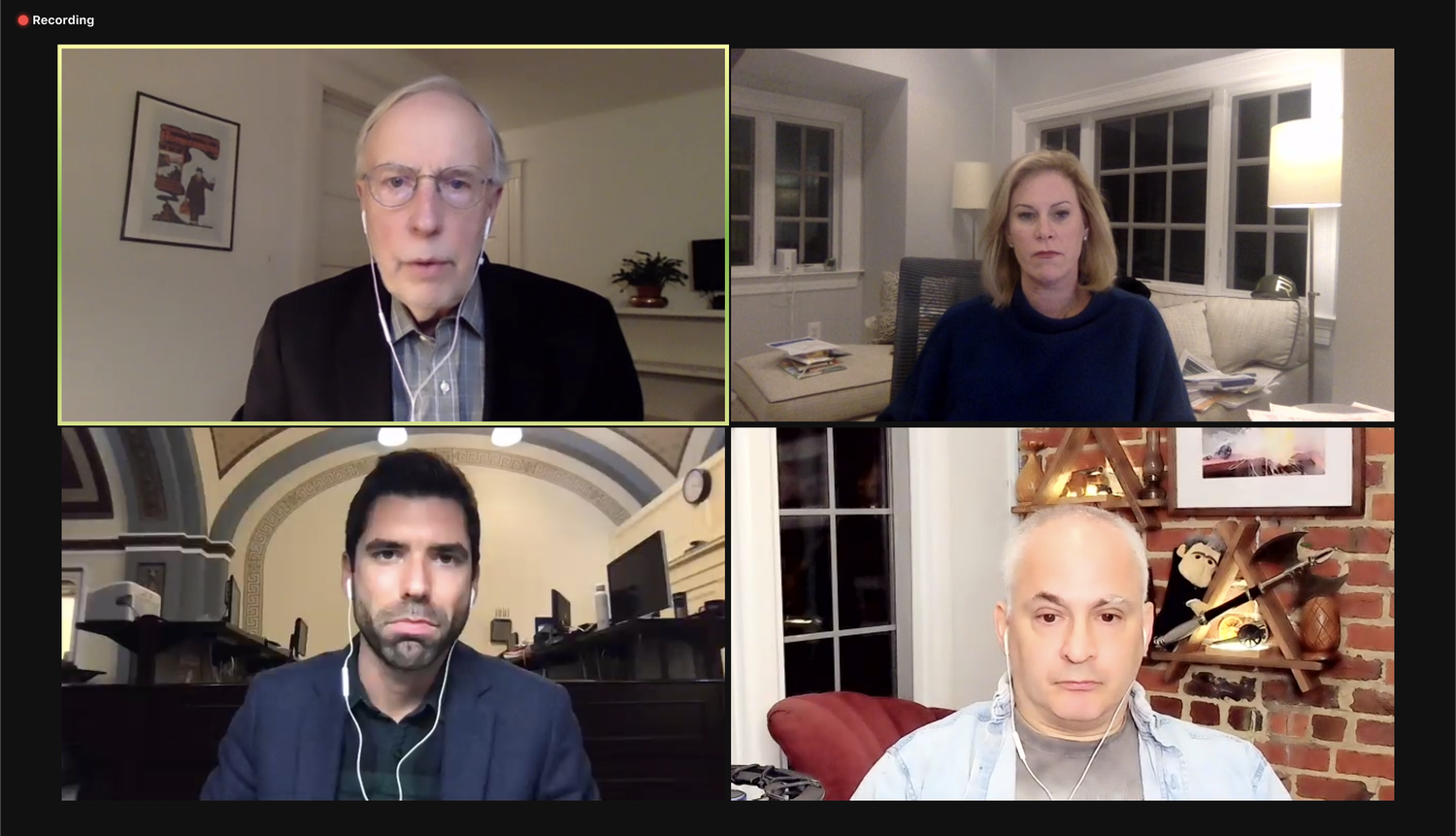 Political reporters and experts convened over Zoom to discuss the insurrection at the U.S. Capitol building, former President Donald Trump’s impeachment, and the inauguration of President Joe Biden at a JFK Jr. Forum panel Thursday.

Bobic, who was at the Capitol on Jan. 6 to cover Biden’s electoral vote certification, offered insight into what it was like to witness the insurrection up close. He captured a video — which has garnered 10.5 million views on Twitter — of Capitol police officer Eugene Goodman confronting the mob inside of the building and leading rioters away from the Senate floor.

Bobic said that the magnitude of Goodman’s intervention was not clear at the time. Goodman has since been credited with diverting the crowd from interacting with senators who had not yet been evacuated.

“It wasn't clear to any of us what he really did until days later, when we found out that the Senate Chamber itself, with all 100 senators in there and the vice president, wasn't sealed at the time that officer Goodman was only steps away, downstairs,” Bobic said. “If he didn't delay their progress, who knows what would have happened?”

Bobic also said the image of a man carrying a Confederate flag through the Capitol building will be “seared” into his brain.

“To me, the symbolism of this rioter carrying a Confederate flag outside the Senate Chamber itself was the most visceral thing,” Bobic said. “It just made me so outraged standing there.”

The panelists also discussed the aftermath of the Capitol insurrection, specifically Trump's impeachment — his second during his tenure. Trump, who was impeached by the House of Representatives on Jan. 13, is set to face trial in the Senate in the coming weeks.

“What Trump has done has really shown that the impeachment as a mechanism of accountability doesn't work in the face of genuine partisan polarization,” Wittes said. “And that's something I think the founders did not anticipate. It’s certainly not the way they wrote about impeachment.”

In addition to political polarization and extremism, the U.S. is also suffering from a global pandemic. Taken together, the inauguration was especially difficult to put on, Cutter said.

“We had hundreds of people traveling here to produce the shows, and there was a lot of nervousness about it,” Cutter said. “So that was what we had to work through to make people feel safe to participate in a presidential inauguration, which is startling that you even have to say that.”

A silver lining of the largely virtual setting, Cutter said, was that it made participation in the inaugural events more egalitarian.

“You didn't have to have an inside game to get a ticket to sit on the floor to watch a speech. You didn't have to spend thousands of dollars for a ticket to the inauguration and stand in long lines and high heels and lose your coat. You can sit on your couch and feel just as much a part of it.”