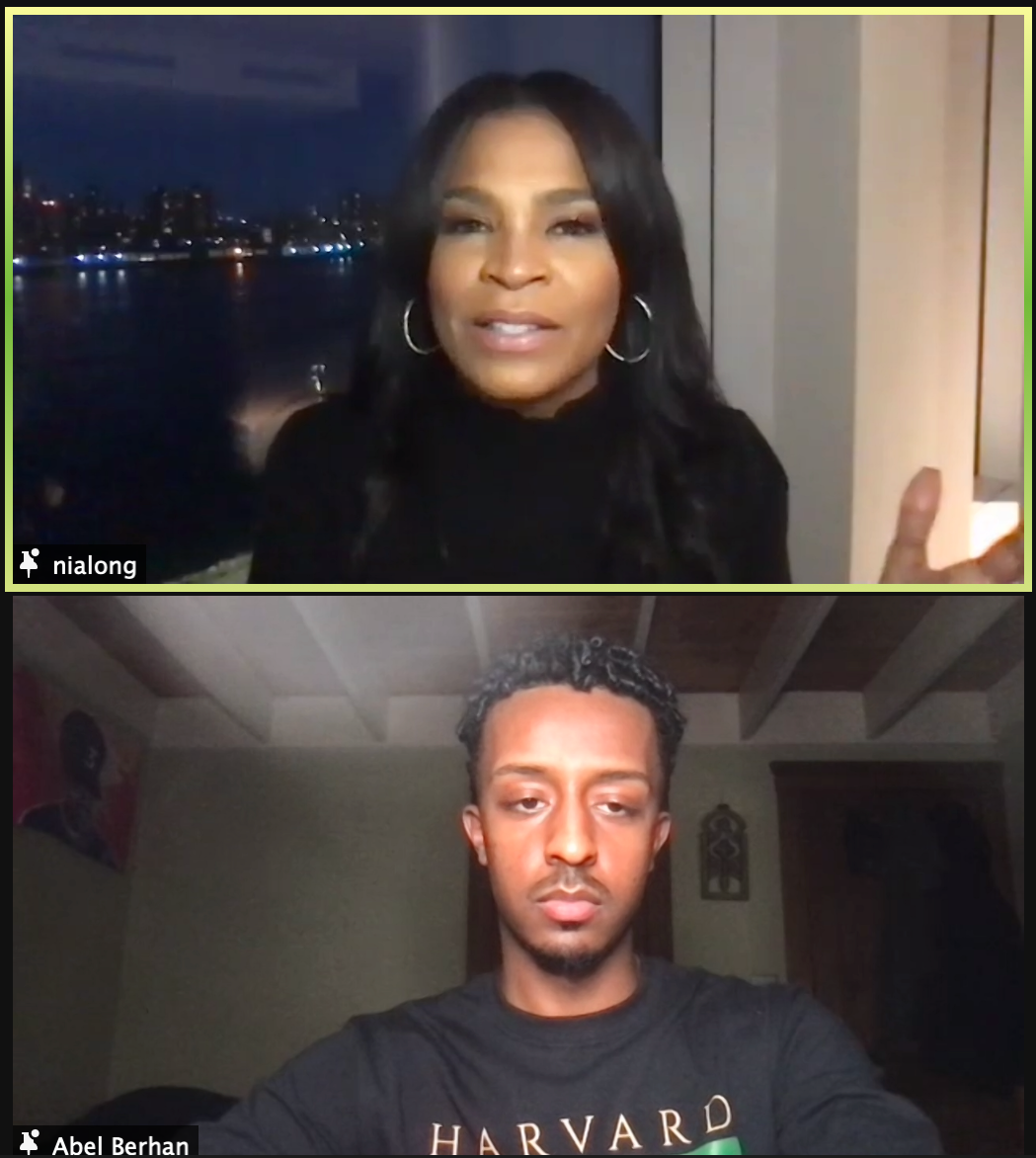 Award-winning actress Nia T. Long discussed her artistry as an actress and her experiences as a Black woman in the film industry during a webinar hosted by the Harvard Black Men’s Forum Monday.

Entitled “Artistry & Black Womanhood with Nia Long,” the event was held in celebration of Women’s History Month and drew a crowd of over 130 Harvard affiliates.

Throughout her career, Long has starred in films and TV shows such as “Boyz n the Hood,” “The Fresh Prince of Bel Air,” and “The Best Man.” In 2020, she produced her first film, “Fatal Affair,” which premiered as the top-streamed film on Netflix in its debut weekend.

Long said that her work ethic is inspired by her “hardworking” grandparents — who moved to New York City with just “nine thousand dollars in their pocket” — and to her mother, who helped to jumpstart her acting career.

“They instilled in me very early on that it didn’t matter what I wanted to do but that anything was possible,” Long said. “I come from a group of very strong women.”

Still, Long said breaking into acting was difficult, especially as a Black woman. Even after receiving a scholarship for an acting class and finding an agent, she said her artistic journey was a challenge.

Long also addressed the underrepresentation of Black people and women in acting, producing, and directing roles in Hollywood, citing the challenges she encountered with “Fatal Affair.”

The script of “Fatal Affair” was written for an all-white cast, according to Long, who produced and starred in the film. Nevertheless, Long took on the project and said she helped to diversify the cast.

“If white men are running the country, you think they’re going to be in a hurry to go, ‘Oh yeah, let’s tell some stories about Black people, especially Black women?’ It’s just not happening,” Long said. “The only way this changes is if we start to produce, direct, and continue to write our own stories.”

Chinaza K. Asiegbu ’22 said after “hearing Long’s words of wisdom,” she left the event feeling inspired and hopeful for the future.

“In the industry, we idolize people of her stature and people of her status and think that they’re not human, but I just appreciated how human she was,” Asiegbu said. “[Long] made sure to resonate with us and let us know as students who are going through our respective industries that we have a chance.”

Asiegbu also said Long’s discussion about self-care and self-love was relatable, especially as a Black woman and student.

“We are always prioritizing somebody else or somebody else’s feelings,” Asiegbu said. “It’s actually a miracle that Black women are always looking so young with the way that we put energy and time into so many things outside of ourselves.”

Long concluded with words of advice and lessons she learned throughout her professional and personal arc.